An artist who transforms “MAGA” hats into artworks about hate speech was banned from Facebook. 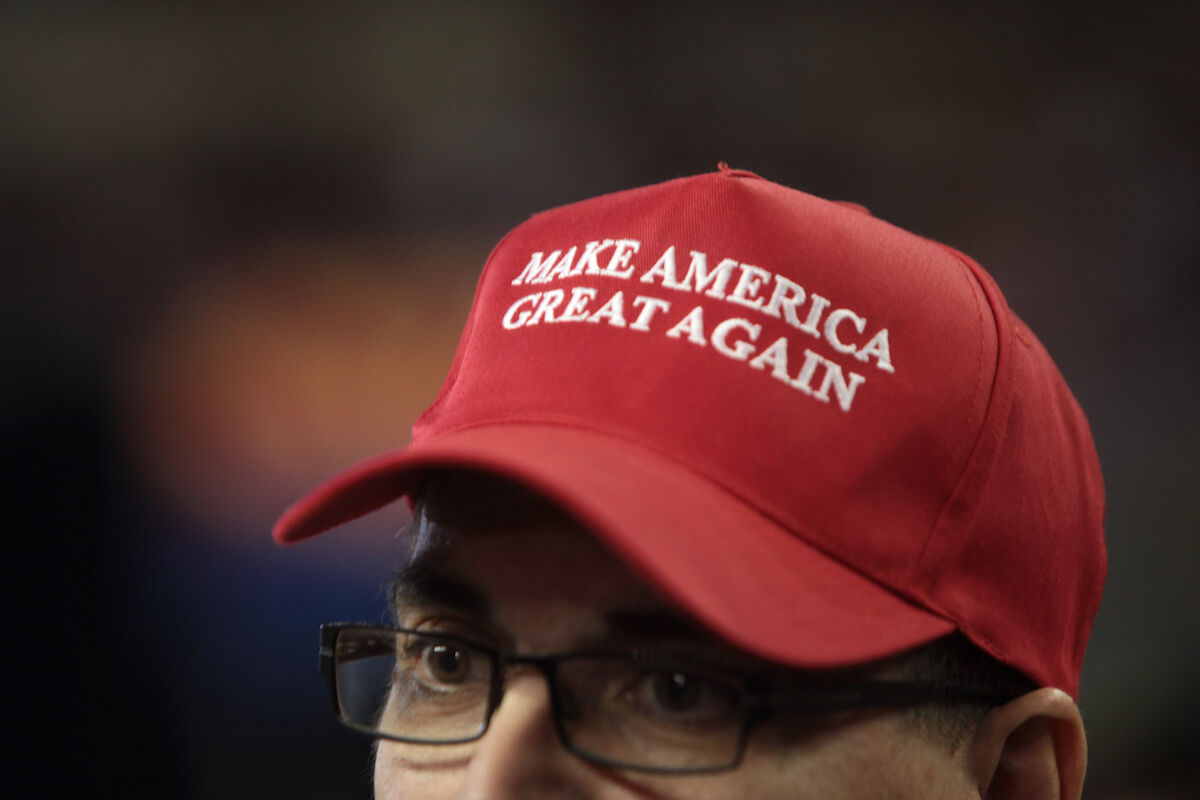 A man wearing a “Make America Great Again” at a Trump rally in 2016. Photo by Gage Skidmore, via Wikimedia Commons.

Kate Kretz, a Maryland-based artist, has been banned from Facebook for posting images of her artwork that repurposes “Make America Great Again” (MAGA) hats by turning them into historical images of hatred including Nazi armbands and Ku Klux Klan hoods.

After Kretz (who only purchases knock-off MAGA hats so as not to support U.S. President Trump or his campaign) posted a picture of a Nazi armband sewn together from MAGA hats, the social media platform took the image down, stating that it violated community standards. Kretz appealed that decision, then posted the same image but this time bearing the text: “This is not hate speech. This is an art piece addressing hate speech.” After that, her account was disabled entirely. She has filed an appeal but has yet to hear back.

In a video interview, the artist told WUSA9:

People who are wearing these hats say that they’re harmless, they’re innocuous. This series is a way of calling them out. [. . .] The arm band is actually titled, Only the Terrorized Own the Right to Name Symbols of Terror, and so if people are afraid of people that are walking around with MAGA hats, [it’s] because they’re afraid of violence. [. . .] It’s not really up to the wearer to say “Oh, you shouldn’t feel afraid of me.” [. . .] There’s a big difference between hate speech, which incites violence, and commentary on hate speech, which incites dialogue.

Kretz said her Facebook page is a major part of her livelihood, as she uses it to sell her art and maintain her professional contacts.