An artist will whitewash a Banksy mural to protest the buying and selling of street art. 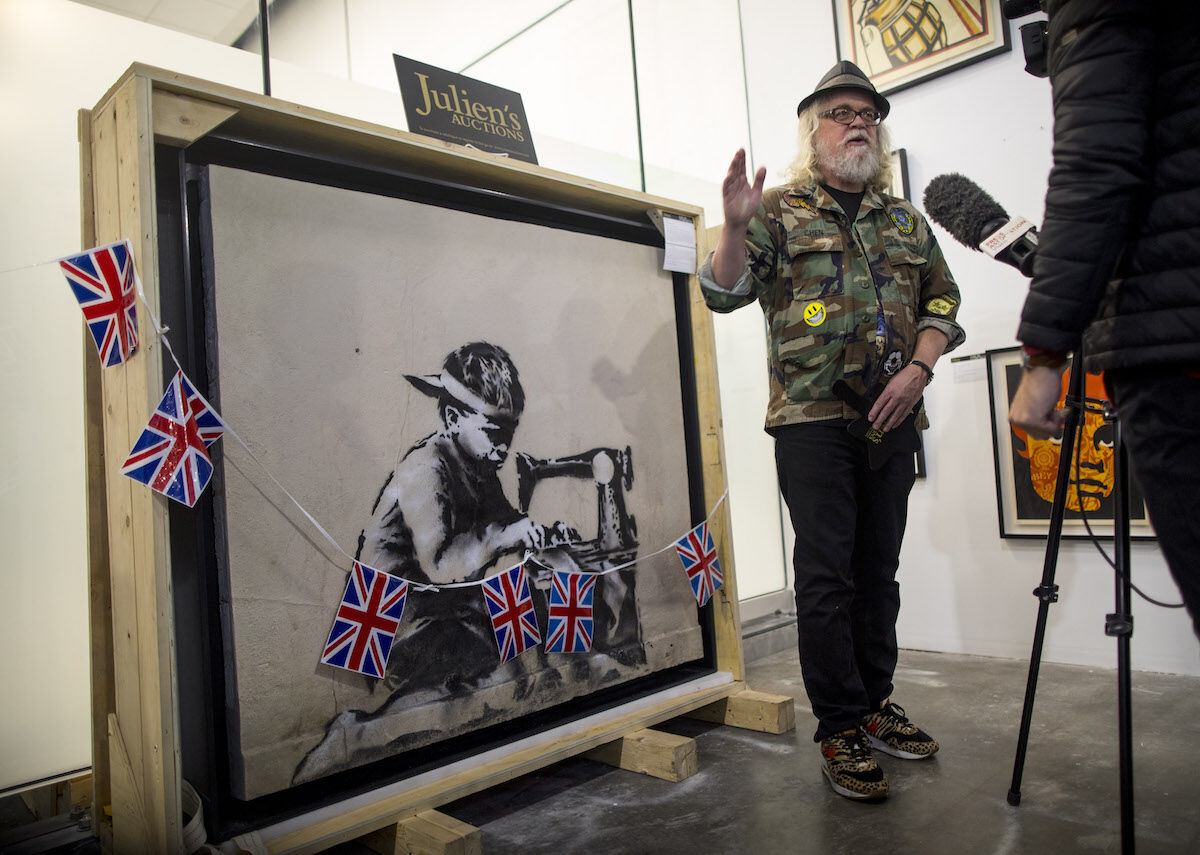 Ron English standing in front of a Banksy mural he recently bought and plans to whitewash as an act of protest. Photo by Barbara Davidson/Getty Images.

U.S. street artist Ron English just bought a Banksy for $730,000 and is planning to whitewash it in protest of the market’s co-opting of street art.

“We're tired of people stealing our stuff off the streets and reselling it so I'm just going to buy everything I can get my hands on and whitewash it,” English told the Press Association. Elaborating on his plans for the Banksy, he added: “I'm going to paint over it and just include it in one of the walls in my house.”

The Banksy work in question is a mural titled Slave Labour (Bunting Boy) (2012) that the secretive British street artist painted on the exterior of a store in north London in 2012. Shortly thereafter it was removed, wall and all. The mural depicts a young boy working at a sewing machine, cranking out bunting featuring the British flag—which is rendered not in paint, but as a plastic, store-bought decoration. English bought it at a street and contemporary art sale at Julien’s Auctions in Los Angeles on Wednesday.

English’s planned anti-market stunt comes more than a month after Banksy’s own anti-market coup, when his Girl With Balloon (2006) partially shredded itself at Sotheby’s in London. That work, which may have been left half-intact by a malfunctioning shredder concealed in its frame, was subsequently deemed a new work and retitled Love is in the Bin (2018).

English has not indicated any plans to retitle his Banksy after painting over it. His protest act may be intended as an homage to the time Robert Rauschenberg infamously erased a Willem de Kooning drawing.