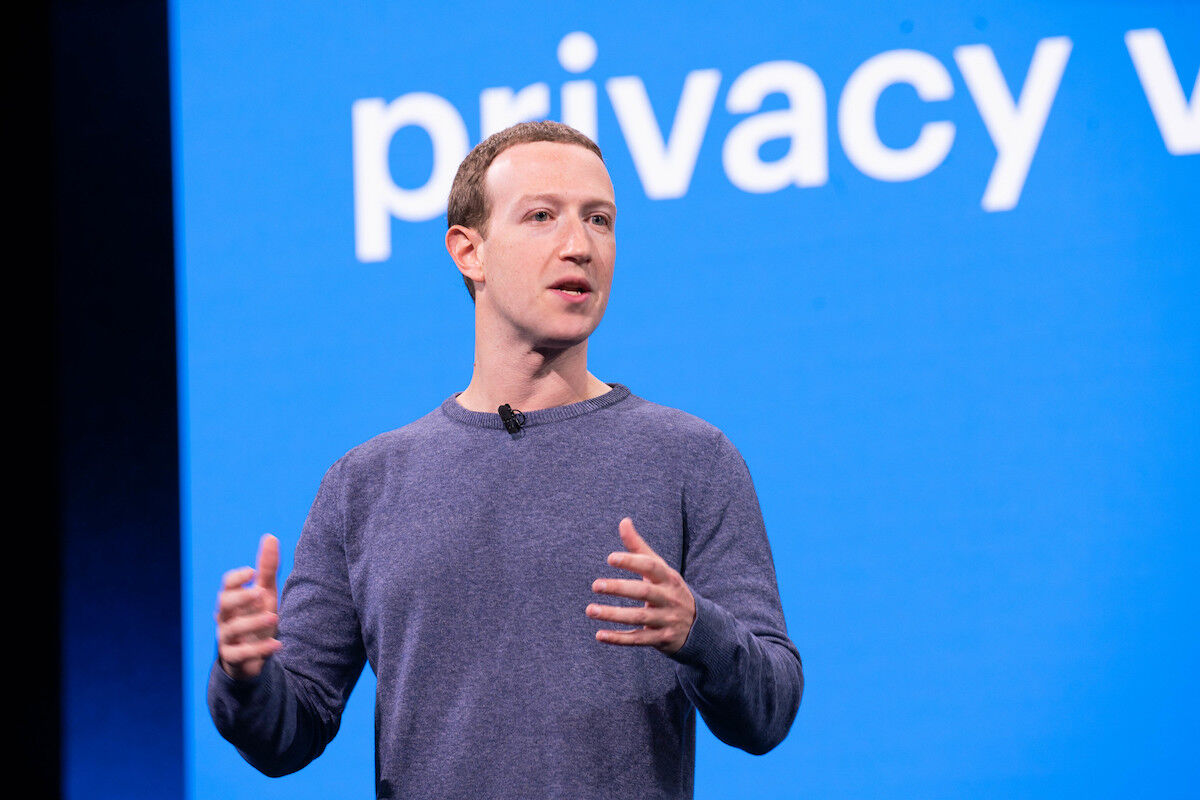 Two artists are taunting Facebook with deepfake videos that seem to show a power-hungry Mark Zuckerberg speaking about his unprecedented control of global information.

“Imagine this for a second—one man, with total control of billions of people's stolen data, all their secrets, their lives, their futures,” says the artificial intelligence (A.I.) version of Zuckerberg, created by artists Bill Posters and Daniel Howe in collaboration with startup Canny AI. "I owe it all to Spectre. Spectre showed me that whoever controls the data, controls the future," he continues, a nod to Spectre Knows, the U.K.-based duo’s recent art installation at the Sheffield Doc Fest.

In a second video, released on Thursday, Zuckerberg’s eerie diatribe goes on: “Spectre showed me how to manipulate you into sharing intimate data about yourself and all those you love for free. The more you express yourself, the more we own you.”

The Zuckerberg videos are part of a series that includes deepfake videos of Donald Trump, Kim Kardashian, Marina Abramović, and Marcel Duchamp. Aiming to tell “a cautionary tale of technology, democracy and society, curated by algorithms and powered by visitors’ data,” the installation promised to reveal untold tales of the digital influence industry, but only to viewers who “pray at the altar of Dataism with the Gods of Silicon Valley.”

The deepfake Zuckerberg videos appeared in the lead-up to Thursday’s U.S. House Intelligence Committee hearing on deepfakes and A.I., and just weeks after Facebook refused to take down a manipulated video of Nancy Pelosi where the house speaker appeared drunk. In response to the Pelosi footage, Facebook director of public policy Neil Potts, reportedly said that if a deepfake appeared of Zuckerberg, they would not take it down. Posters and Howe put that hypothetical to the test.

Facebook has, historically, been notoriously hands-off when it comes to disinformation. When the manipulated video of Pelosi surfaced in May, Facebook faced backlash for simply de-prioritizing it from news feeds and pairing it with links to information on third-party sites about it being misleading.

While Zuckerberg’s robotic voice in the video is hardly convincing, it does the job of foreshadowing a future where videos defy reality. In recent months, anxiety around deepfakes has increased as technology to produce manipulated deepfake videos advances and the 2020 U.S. Presidential election approaches. While applications are popping up to detect fake videos, the tech industry appears to be headed for a fraught game of cat and mouse with far-reaching consequences.