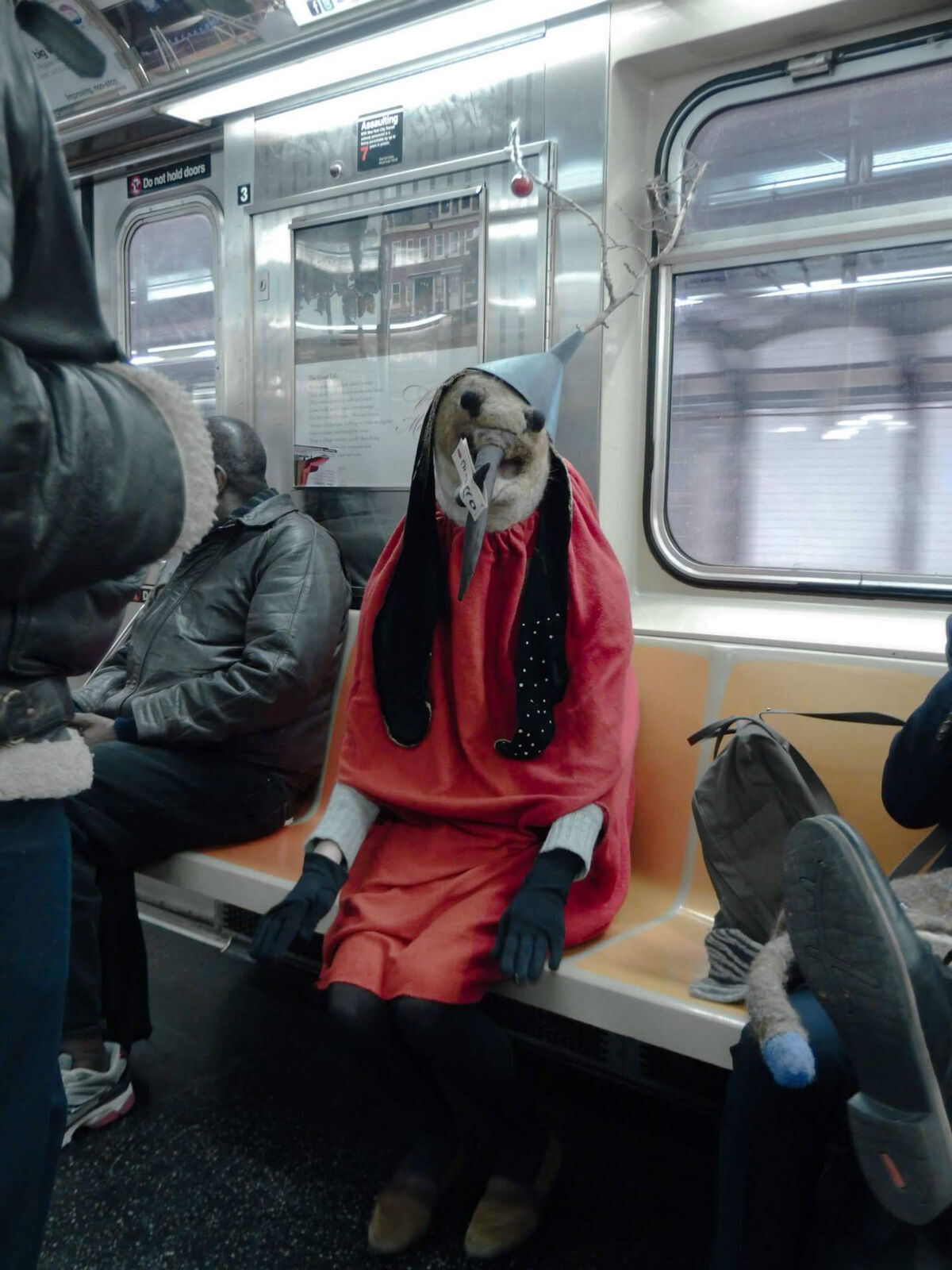 Rae Swon’s costume based on one of the creatures in Hieronymus Bosch’s Triptych of the Temptation of St. Anthony (1506). Photo courtesy Rae Swon.

Hieronymus Bosch frequently painted the stuff of nightmares, so it makes sense that his work would be good fodder for Halloween costumes. Brooklyn-based artist Rae Swon’s elaborate costume based on the “ice-skating bird demon” from the Dutch painter’s Triptych of the Temptation of St. Anthony (1506) went viral earlier this week, when Seattle-based artist Alexis Moore posted images of it on Twitter. As of this writing, the tweet has racked up over 4,620 retweets.

Swon, who has made art history–inspired work before, sold the one-of-a-kind costume on her Etsy page for $475. Over email, she told Artsy that she was inspired by Bosch’s wild imagination: “I fell for this beautiful demon-bird in particular because of that funnel hat! As a milliner I always notice hats, and this one brings me great joy.”

The frightening bird costume is trending, and it’s easy to see why: It is both strikingly original and hilarious when juxtaposed with the artist’s plain-clothed friends standing on a subway platform.

“He hasn’t had much exposure until just now!” Swon wrote. “My friends love him, and it seems like he’s getting some fans on the internet now too!”

Swon explained that the costume was quite labor-intensive to make. Most of the head was needle felted, which requires stabbing loose fiber with a barbed needle repeatedly until it mattes together into stiff felt. Swon didn’t keep track of how long the process took, but estimates that over a dozen hours went into making it. If you are feeling chagrined that you missed out on this unique creation and are in need of a Halloween costume, Swon is open to commissions.

“I’ve had my eye on this creature he painted in The Vision of Tundale (ca. 1485) who is opening his own mouth and there’s a whole little scene inside there of people suffering at a table…that’s pretty great!” she said. “I can picture a detailed felted costume of that.” 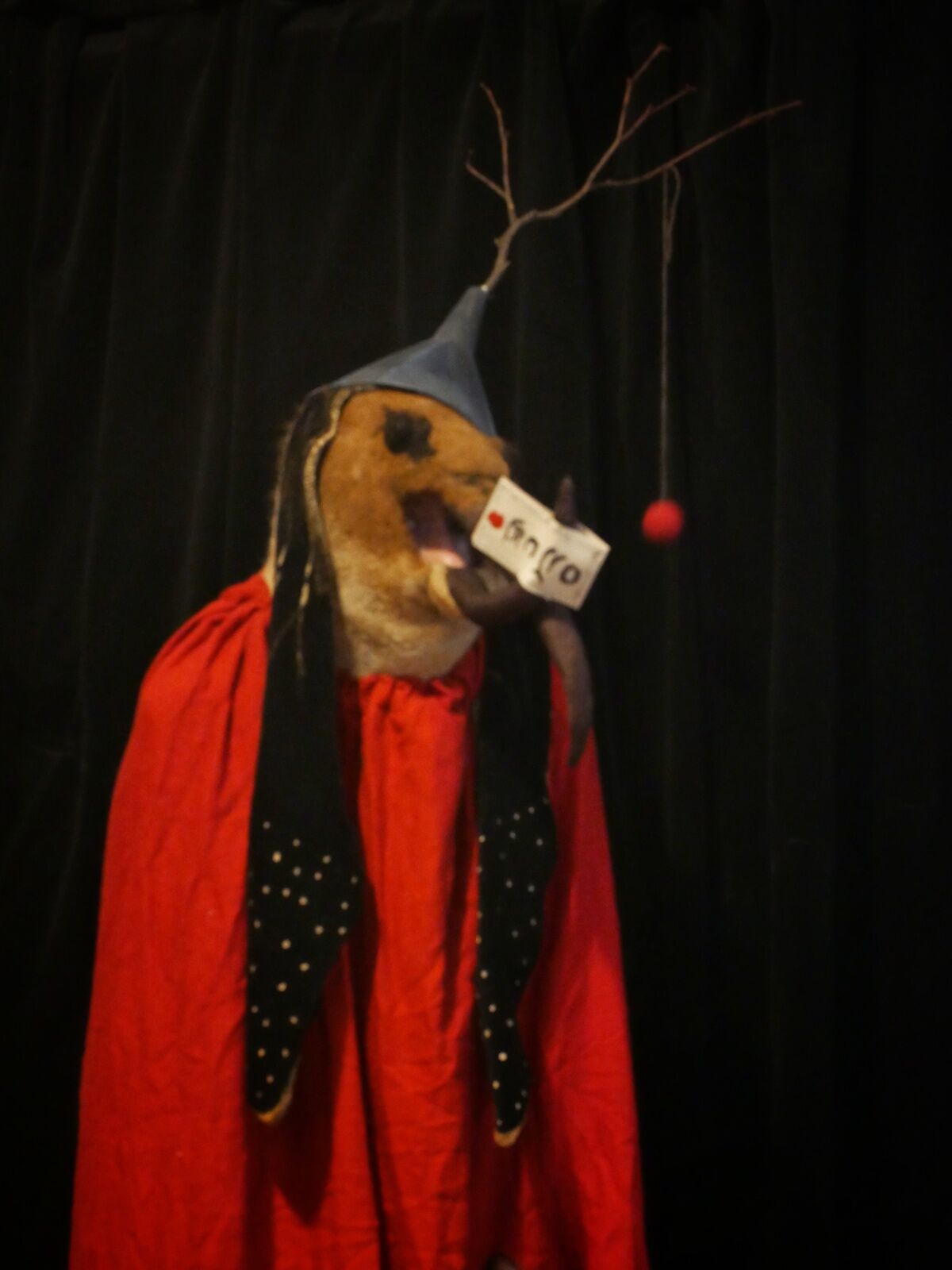 Rae Swon’s costume based on one of the creatures in Hieronymus Bosch’s Triptych of the Temptation of St. Anthony (1506). Photo courtesy Rae Swon.