Artists in MoMA PS1’s current exhibition called on the institution to sever ties with trustees who profit from private prisons and defense companies. 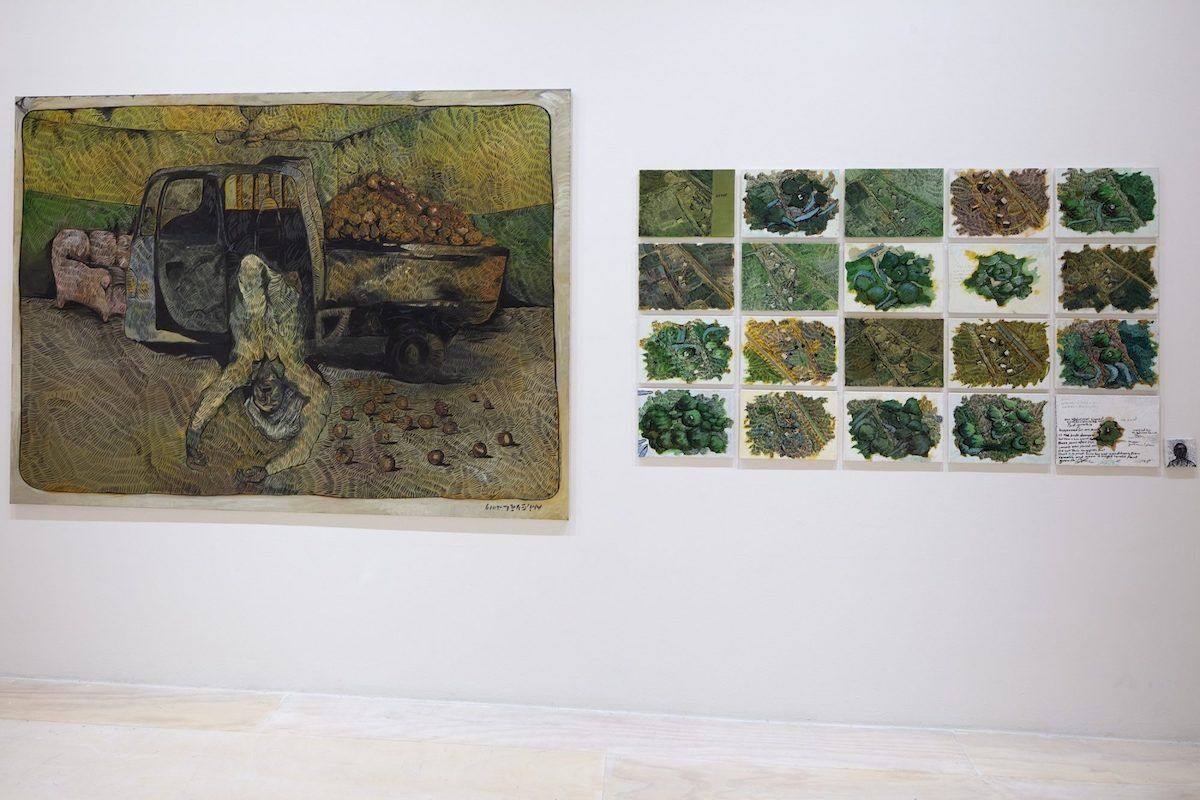 Thirty seven artists in MoMA PS1’s current show “Theater of Operations: The Gulf Wars 1991–2011” have signed a letter calling for the contemporary art space to separate itself from Museum of Modern Art trustees benefiting from private prisons and American interventions in Iraq. The letter’s signatories include Michael Rakowitz, Guerrilla Girls, Laura Poitras, Ali Eyal, Martha Rosler, and Mona Hatoum, and is directed to the directors and trustees of MoMA PS1 and MoMA, as well as the exhibition’s curators.

The letter states, in part:

We call on PS1 to stand by its stated mission and, together with MoMA, take a truly radical position by divesting from any trustees and sources of funding that profit from the suffering of others.

“Theater of Operations” has been plagued by controversy since its opening; the show explores the legacy of U.S. interventions in the Middle East and features work by dozens of artists from the region, but several of those artists were unable to attend the show’s opening in November due to U.S. President Donald Trump’s travel ban. British artist Phil Collins withdrew his work baghdad screentests (2002) from the show prior to its opening to protest MoMA trustee Larry Fink’s investments. Rakowitz requested that MoMA PS1 pause his video work Return (2004–ongoing), and after the institution refused he paused it himself over the weekend.

In the open letter, the artists voice their support for Collins’s decision and echo his call for Fink to divest from his private prison investments. The letter also draws attention to Leon Black, chairman of MoMA’s board of trustees, who co-founded the defense company Constellis, previously known as Blackwater. In 2007, Blackwater guards killed at least 14 Iraqi civilians, according to the letter.

We appreciate the visibility this exhibition gives to the Iraq wars and to the work of Iraqi artists; however, we also wish to make visible MoMA’s connection to funds generated from companies and corporations that directly profit from these wars.

Although MoMA and MoMA PS1 technically have separate boards, the letter draws attention to the influence Black holds over both institutions, noting that he serves on the PS1 board in an “ex officio capacity.”