Artists risk jail time by showing a statue of the Spanish king that’s meant to be burned at Madrid fair. 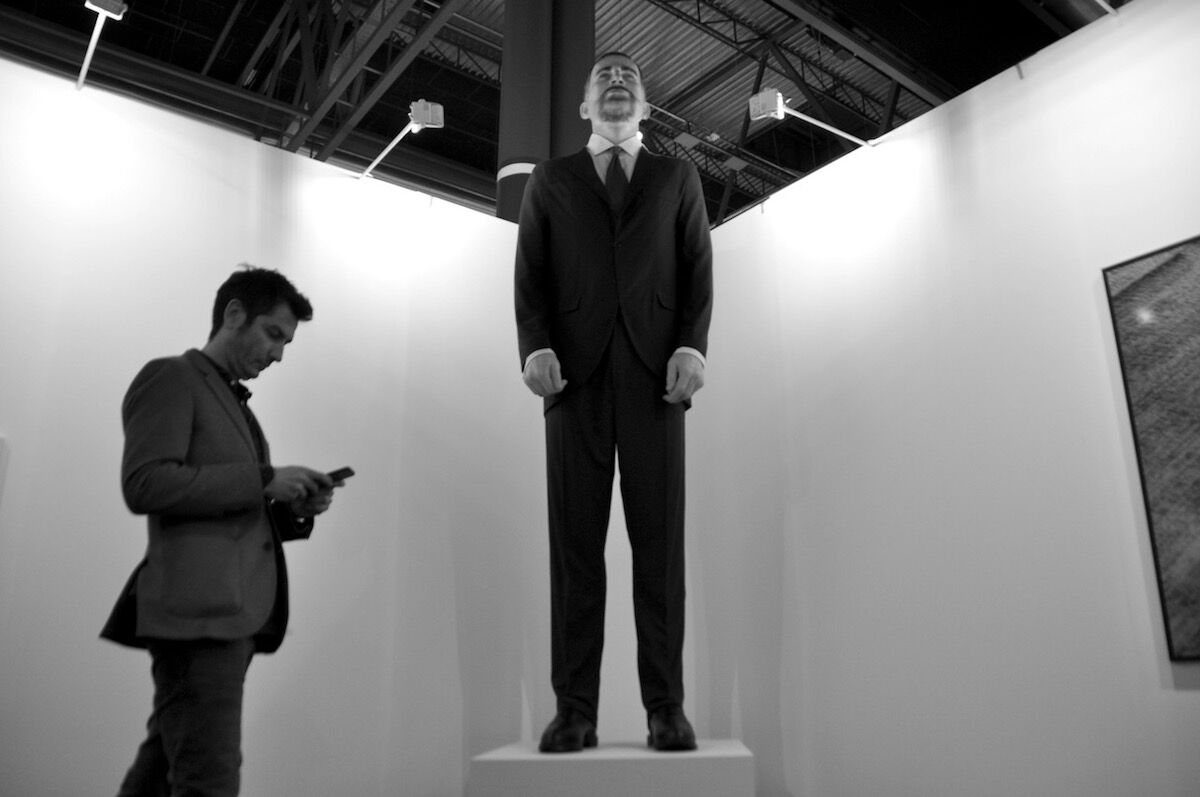 In Spain, it is still a crime to insult the monarchy, which is punishable with up to two years in prison. But that did not stop the artists Santiago Sierra and Eugenio Merino from bringing to ARCO (the annual art fair that alights in Madrid) a 14-foot statue of King Felipe VI, the reigning monarch, which the buyer is contractually obliged to burn within a year of purchasing. The work, NINOT (2019), is on sale for €200,000 ($230,000) at the booth of the gallery Prometeogallery di Ida Pisani of Milan. The AFP reports the artists are being attacked by the conservative press in Spain for creating what’s effectively an effigy of a sitting king.

In a statement to the AFP, Luis Navarro, who works with Serra, made it clear that the burning of the work is essential to its entire ethos: “The specificity of this sculpture is that it isn't conceived to endure in time, to be collected, but for the pleasure of being destroyed.”

There’s no word on whether the artists will be slapped with a fine—or jail time—for insulting the king in a country where it’s illegal to do so. And there’s still a better-than-slim chance that ARCO (which, through its parent company, is owned by the state) will censor the work. Last year, the fair removed a work by Sierra that referred to leaders of the Catalan movement as “political prisoners.”

But all parties have avoided direct confrontation thus far. The Art Newspaper reported that King Felipe attended the fair Wednesday and successfully charted a path that could avoid the artwork, lest he decides that he’s insulted and starts throwing artists in jail. ARCO continues through Sunday.