An artwork featuring the Saudi Arabian flag was removed from Ground Zero. 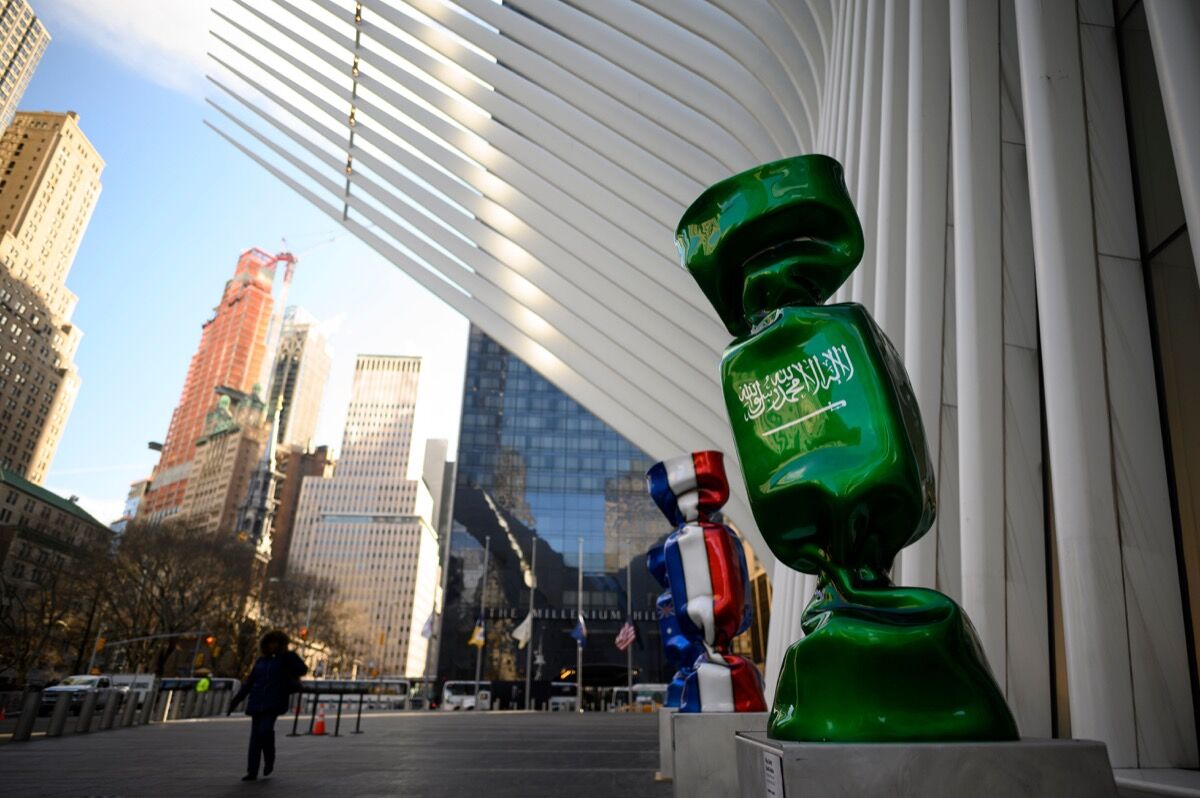 In December, the Port Authority of New York and New Jersey installed the first art work to be shown at the new World Trade Center: French artist Laurence Jenkell’s Candy Nations (2011), featuring 20 sculptures, one for each of the countries in the G20. But following an outcry in the last week about the inclusion of the Saudi Arabian flag in the work, the Port Authority said that it would move the installation to JFK International aAirport.

Jenkell’s sculpture had previously been shown in New York’s Garment District as well as in over 25 sites in different countries and was initially scheduled to be on view at the World Trade Center through February 28. However, 9/11 survivors and families affected by the terrorist attacks called for the work’s removal, due to the predominance of Saudi Arabian citizens (15 of 19) among the September 11 hijackers.

A spokesperson told the Observer, which first reported the sculpture’s removal Monday:

We have been in contact with the 9/11 Memorial and various stakeholders, and in full collaboration with the artist will relocate the exhibit from its current location. We believe this solution respects the unique sensitivities of the site and preserves the artistic integrity of the exhibit.

Jenkell told the Observer in a statement that while she considered omitting the country and its flag from the work, Saudi Arabia is a member of the G20, and thought that the exclusion would be incorrect. “Saudi Arabia is entirely part of the G20 just like any other candy flag of this Candy Nations show,” she said.

Still, the survivors and family members of the tragedy’s victims vehemently opposed having that country’s flag displayed at Ground Zero. A statement from 16 of the families reads:

The Port Authority is apparently now taking the right action this week by removing the sculpture from the plaza at Ground Zero. Its apparent plan to relocate the exhibit to JFK International Airport is questionable as well, for obvious reasons. But surely the sculpture should be nowhere near the site of this mass murder.