Artworks removed from the Guggenheim New York after animal cruelty allegations will go on display in Bilbao. 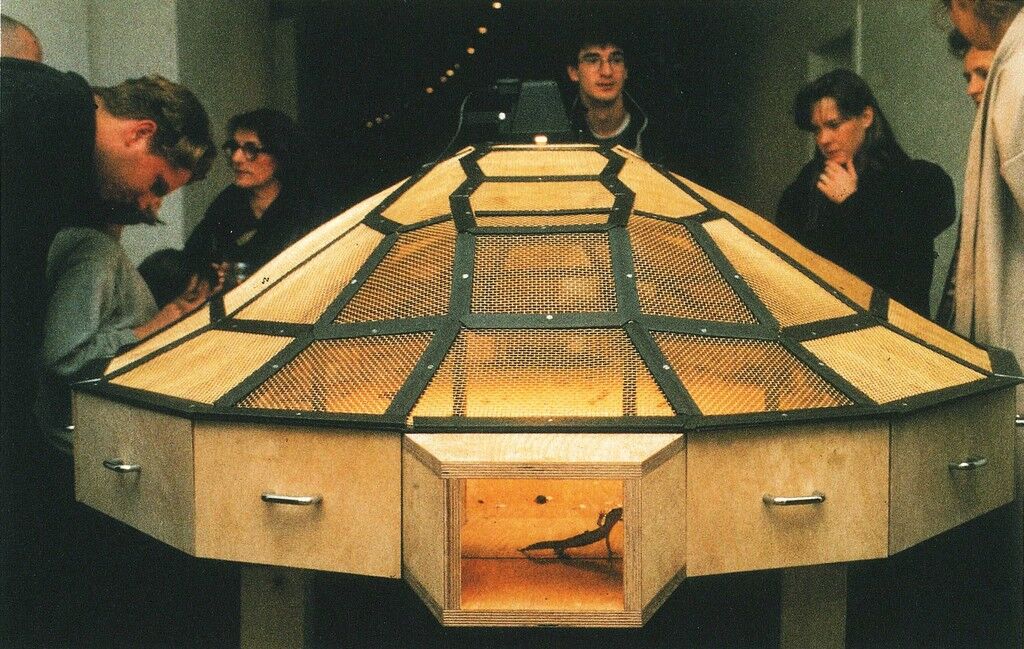 The Guggenheim Museum in New York removed three artworks from the exhibition “Art and China after 1989: Theater of the World” in September of last year after allegations of animal cruelty caused widespread controversy. The works that prompted the charges were Sun Yuan and Peng Yu’s video of pit bulls strapped onto treadmills attempting to attack each other, Xu Bing’s video of tattooed pigs copulating, and Huang Yong Ping’s Theater of the World (1993). In the titular installation, live reptiles and insects fight and eat each other as museum-visitors watch.

But the New York controversy will not prevent two of the three removed artworks from being shown when the exhibition opens at the Guggenheim Museum Bilbao on May 11th. While both Xu Bing’s video and Huang Yong Ping’s installation will be on display in Spain, Sun and Peng’s Dogs That Cannot Touch Each Other (2003)will be replaced with another artwork by the artists that does not include animals. The Art Newspaperreported that the Spanish iteration of the show will “incorporate didactic materials throughout the galleries,” and provide “specific wall texts and audio-guide entries,” so as to prevent a repeat of the controversy that occurred in New York.