Artworks rescued from Notre Dame Cathedral will be transferred to the Louvre. 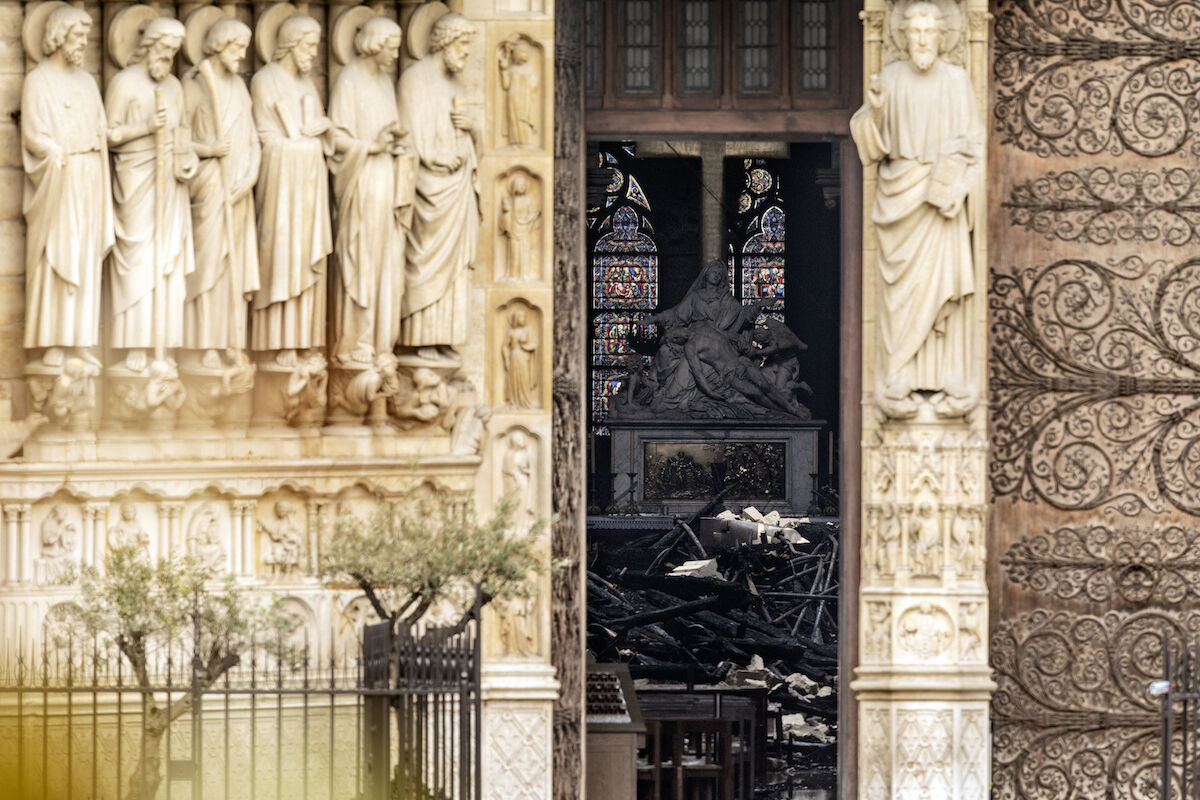 The interior of the Notre Dame Cathedral seen through a doorway following the April 15 fire. Photo by Dan Kitwood/Getty Images.

Many of the artworks that survived the devastating fire Monday evening at Paris’s iconic Notre Dame Cathedral, and those that were evacuated during the blaze, will be relocated to the Louvre. French Culture Minister Franck Riester said that many of the large paintings inside the cathedral suffered smoke damage and perhaps also water damage, according to the New York Times. Such works are expected to be moved to the Louvre on Friday.

Further objects were rescued Monday night by firefighters, police officers, and other officials who formed a human chain. Those artifacts were immediately taken to Paris’s city hall just to the north of the Île de la Cité, and will also be transferred to the Louvre. The trove of works includes historical artifacts and Christian relics, like one said to contain fragments of the crown of thorns worn by Jesus Christ during the crucifixion.

Riester, according to The Art Newspaper, said:

These treasures were saved thanks to a huge amount of courage by the firefighters of Paris working with the ministry of culture and city officials. [...] The fire did not reach [the cathedral’s large paintings], but in such cases there is often water damage. We will know more as soon as we can get back inside and establish a diagnosis. We must remove the paintings as soon as possible, clean them, dehumidify them, put them in a suitable place for conservation and begin restoration.

It’s too soon to know the fate of many other artifacts left inside the cathedral or adorning its exterior. However, its 19th-century organ—whose 8,000 pipes include some dating back to the 13th century—survived the fire intact, according to The Guardian. Last week, as part of the renovations to the cathedral’s now-destroyed 19th-century spire, 16 copper statues were removed from the structure.

The famous rose windows—stained glass windows depicting biblical narratives—may have sustained damage, though not damage as disastrous as officials first thought. On Monday evening, Archdiocese of Paris bishop Benoist de Sinety said heat from the fire had melted the lead supports that hold the stained glass in place. On Tuesday, Riester gave a less dire analysis, saying they “don’t appear to have suffered catastrophic damage,” according to the Times.