The auction record for the street artist Invader was broken at Artcurial. 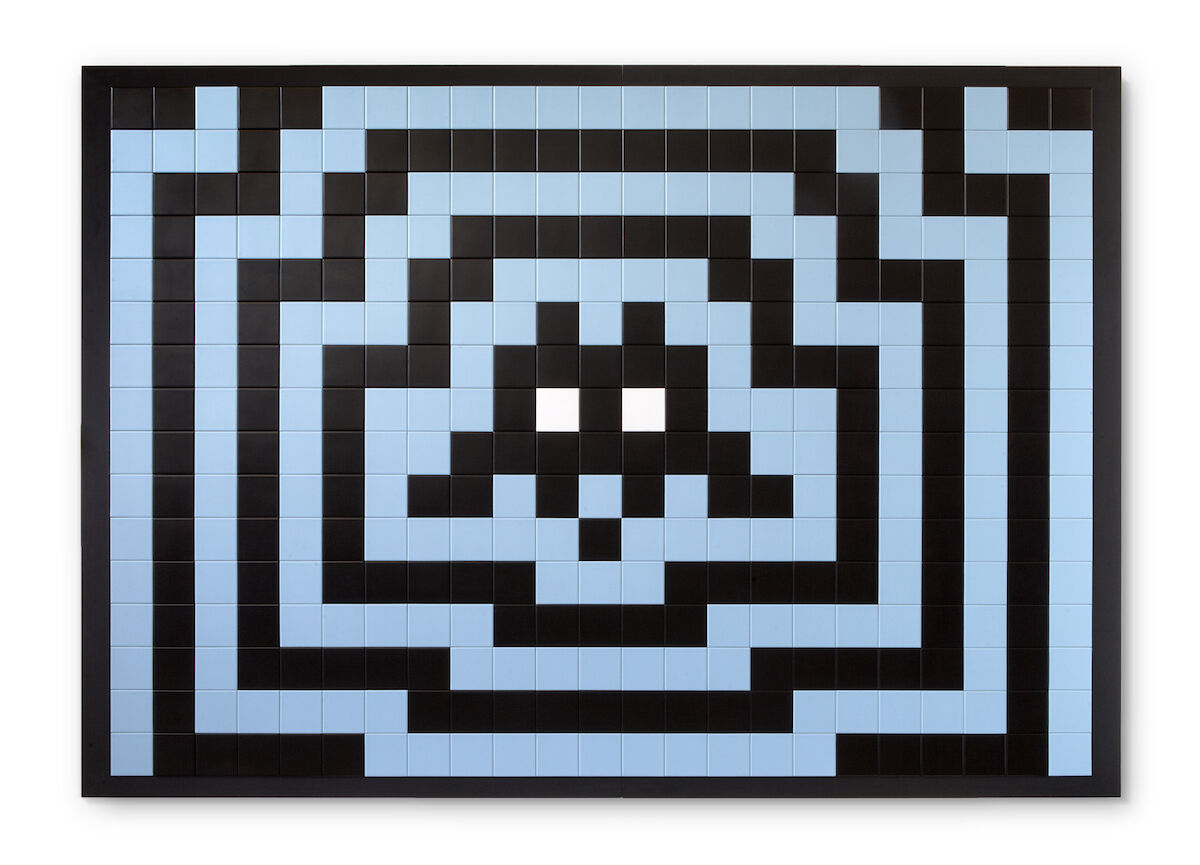 A large-scale mosaic work by the French street artist Invader zapped his previous auction record on Sunday, when it sold for €356,200 (about $398,800) in Artcurial’s sale of urban and Pop art in Paris. The record-setting work, Vienna (2008), features a hypnotic arrangement of black and blue outlines emanating from one of the artist’s trademark pixelated aliens from the vintage videogame Space Invader. The work is mounted on two panels and spans more than seven feet wide. It sold right around its high estimate of €350,000 ($391,800), surpassing Invader’s previous auction record of $HK 2.68 million ($346,800) set at Christie’s Hong Kong in 2015. Artcurial noted that Vienna’s buyer is a foreign (i.e. not French) collector, but would not give any other information.