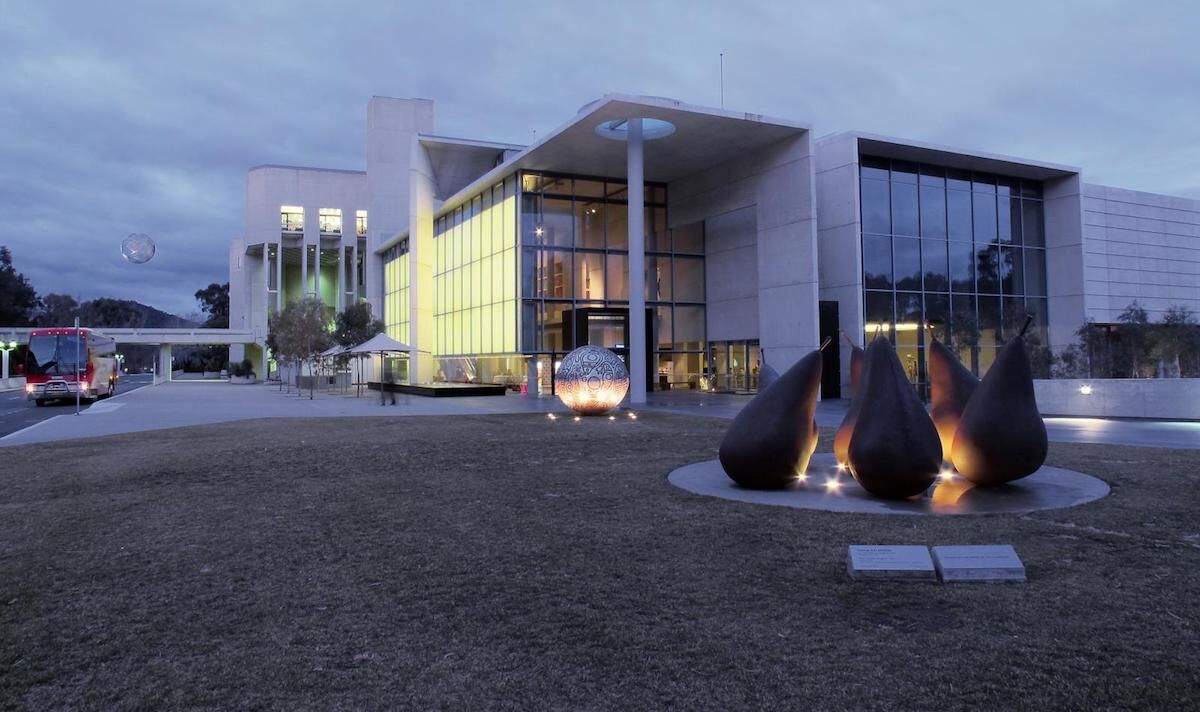 The National Gallery of Australia in Canberra. Photo by Robert Montgomery, via Flickr.

The National Gallery of Australia closed on Sunday amid worsening air conditions in the capital, Canberra, caused by the enormous wildfires. The environmental disaster has led to more than 20 deaths and consumed more than 15 million acres of land—an area larger than Switzerland. Fires are burning across the country, where it is currently summer, but a major concentration of blazes is located in eastern Victoria and the southeastern corner of New South Wales, near the Australian Capital Territory (where Canberra is located).

In a statement posted on Twitter Sunday, the museum stated:

Due to the heavy smoke in the Canberra area the National Gallery of Australia will be closed today. Closing our doors allows us to mitigate any risk to the public, staff and works of art on display.

The museum’s current exhibitions include a show devoted to Pablo Picasso and Henri Matisse (including loans from the Metropolitan Museum and Tate). The National Gallery’s director, Nick Mitzevich, told the Daily Telegraph:

All our lenders have been informed of what we have been doing and the way we have been protecting the collection. [. . .] The decision was driven by the quality of the air in Canberra. The bushfire is really having an effect and we can’t guarantee the safety of our air quality in the building, with the movements of the doors opening and closing.

The National Gallery remained closed on Monday and reopened to the public on Tuesday, though its outdoor café is still closed “due to the air quality in the Canberra area.”

Officials in New South Wales said on Monday that 69 of the 136 fires in the state were still uncontained, and were expected to keep burning for months.