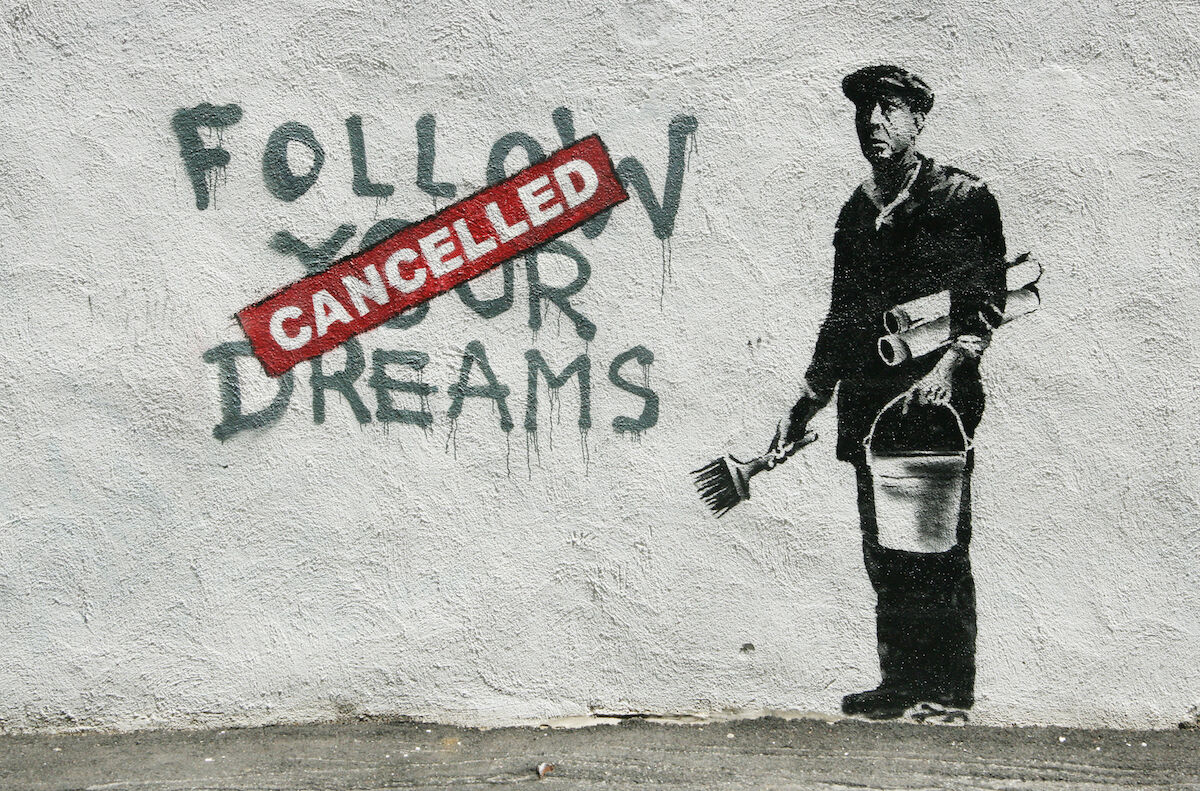 A Banksy mural in Boston. Photo by carnagenyc, via Flickr.

Fifty-eight works by Banksy were pulled from “Banksy Unauthorized,” a traveling retrospective, after it was discovered they were not insured. The works, collectively said to be worth £12 million ($15.4 million), were seized by Belgian authorities on Thursday and will be held until a court hearing in January.

Steve Lazarides, Banksy’s former dealer, curated the exhibition, which includes some of the artist’s best-known works (and is not to be confused with “The Art of Banksy,” another Lazarides-curated Banksy show about to open in Miami). Belgian exhibitor Strokar Inside was invited by German-based firm On Entertainment to display “Banksy Unauthorized” in a vacant Brussels supermarket.

“My clients are two very nice people,” Strokar Inside’s lawyer, Stanislas Eskenazi said. “And they have been shitting it.”

Amid the uncertainty over whether or not the Banksy works were insured, lawyers working for Lazarides claimed they were being illegally displayed. At this point, Strokar Inside decided to let Lazarides and On Entertainment duke it out in court while covering themselves from any liabilities.

“My client is a small non-profit which only provided an exhibition space,” Eskenazi told the AFP. “It wanted to protect itself against an enormous risk.”

Previously, when the show was on view in Russia, Banksy expressed dismay, albeit humorously, at the unauthorized nature of the display.