Banksy created a new mural about homelessness ahead of the U.K.’s general election. 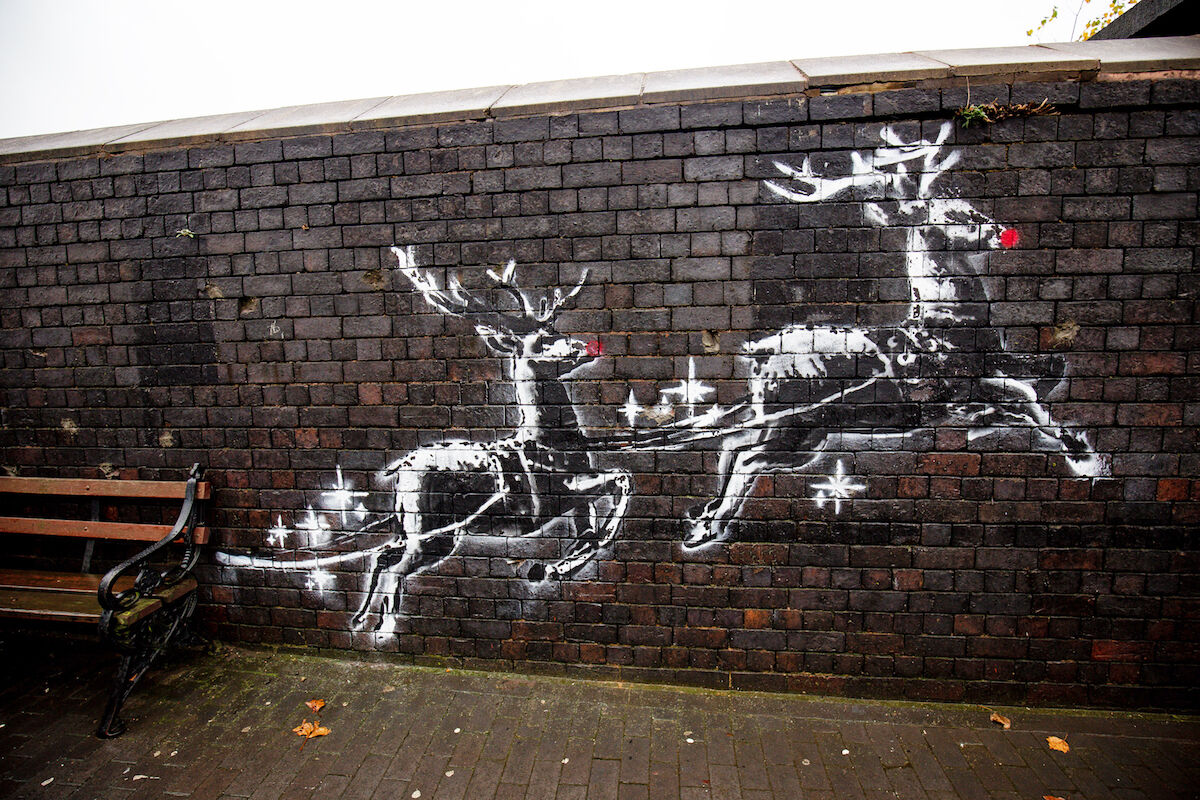 In the spirit of Christmas—and the U.K. general election happening Thursday—elusive British artist Banksy created a new mural bringing attention to homelessness. In a video posted on Instagram Monday, a man named Ryan lays down on a bench that has been transformed into a sleigh with the addition of two reindeer painted on the adjacent wall. A rendition of “I’ll Be Home for Christmas” plays in the background as Ryan dozes off. The work appeared on Vyse Street in Birmingham, in central England.

In the caption, Banksy wrote, “God Bless Birmingham,” and said passers-by had given Ryan a hot drink, two chocolate bars, and a lighter while the video was being filmed. As of this writing, the video has been viewed more than 2.9 million times.

By 6:30 p.m. Monday, the mischief maker artist managed to attract some mischief himself: Someone vaulted the barriers installed around the mural and sprayed red noses onto the reindeer.

Banksy is known to make political statements through his anonymous art. About this time last year he created a mural in Wales depicting a child catching snowflakes on his tongue—where the “flakes” themselves were formed from ash from a dumpster fire. This past April, he created a mural in London in support of the Extinction Rebellion environmental demonstrations unfolding in the city. The following month, Banksy was in Venice attempting to crash the Venice Biennale with a work commenting on the city’s cruise ship crisis, and leaving behind a mural that addressed the European migrant crisis.

The latest Banksy mural appeared just days before the general election on December 12th, where homelessness is a key issue among all political parties. The Labor Party in particular is planning on spending £100 million ($131.5 million) per year for emergency winter shelters, and both the Conservatives and Labor have pledged to end people sleeping on the streets within five years.