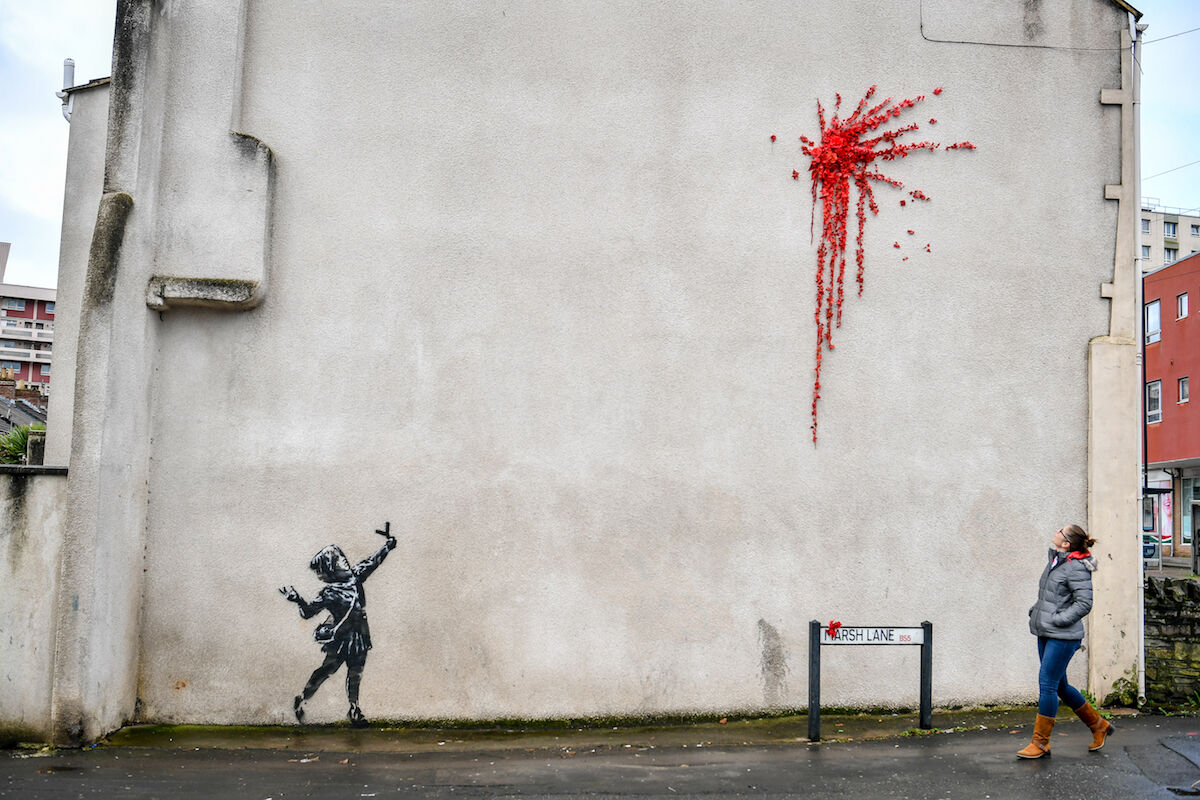 Love is in the air, and it inspired a new mural by the elusive artist Banksy. According to The Independent, a mural appeared on the side of a building in Bristol’s Barton Hill neighborhood around 6:20 a.m. on Thursday morning. Residents immediately suspected the work was Banksy’s due to the mural’s stencilled image technique, a medium frequently used by the artist. The mural depicts a child resembling cupid and aiming a slingshot at a cluster of roses. By Friday morning, Banksy had confirmed the attribution via his preferred medium of authentication, Instagram.

According to The Independent, an eyewitness tweeted:

Me and my girlfriend were heading that way to the gym this morning at about 6:20 and there were people with scaffolding up. Thought it was odd and then we walked passed (sic) it again this morning!!

Though the official message of the mural is unclear, Banksy’s work regularly comments on political and current events. His Vote to Love (2018) painting, a work completed on a pro-Brexit “Vote to Leave” sign, inspired fervent bidding at Sotheby’s evening sale in London on Tuesday. In December, Banksy created a Christmas-inspired mural that brought attention to homelessness just before the U.K. general election.

Further Reading: The 6 Most Iconic Works by Banksy