Banksy is offering one of his Dismaland sculptures for £2 to whomever correctly guesses its weight. 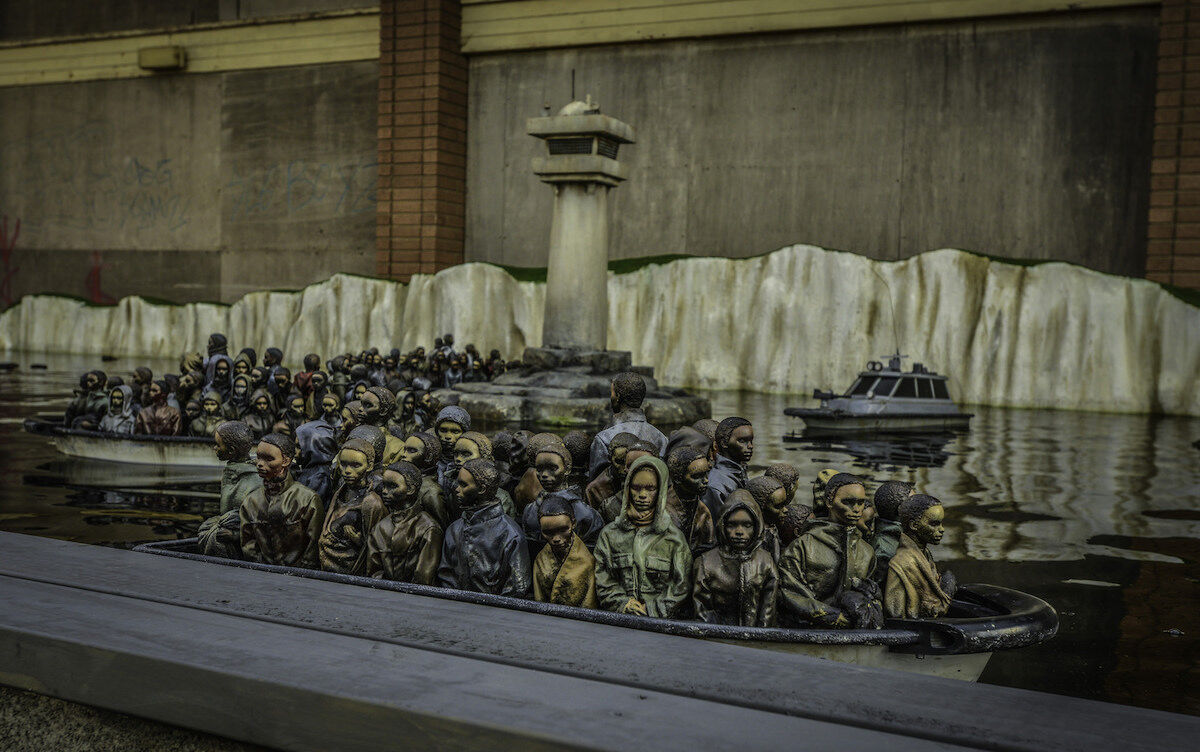 Remote-controlled refugee boats by Banksy at Dismaland. Photo by Sleeves Rolled Up, via Flickr.

If you want to buy an original Banksy piece on the cheap, that ship has not yet sailed. You have until December 22nd at 8pm GMT to enter the elusive street-artist’s raffle, which he announced on his Instagram, the winner of which will receive one of the boats from his bad dream theme park, Dismaland.

“You can win it for £2 if you correctly guess how much it weighs,” he wrote in a caption for the photo, which shows the remote-control craft crowded with refugees. Profits from the sale will go to toward refugee support.

Guesses can be bought for a minimum donation of £2 and should be to the nearest gram. “You can even specify milligrams if you're feeling confident,” the site running the contest specifies.

Specialist students from Kings College London will weigh the boat to determine the winner, who will be notified via email. If more than one person is correct in their estimate, a winner will be drawn by lot. In the meantime, it is on display in the Choose Love store in London.