Banksy proclaims shredded canvas is a new work dubbed “Love is in the Bin.” 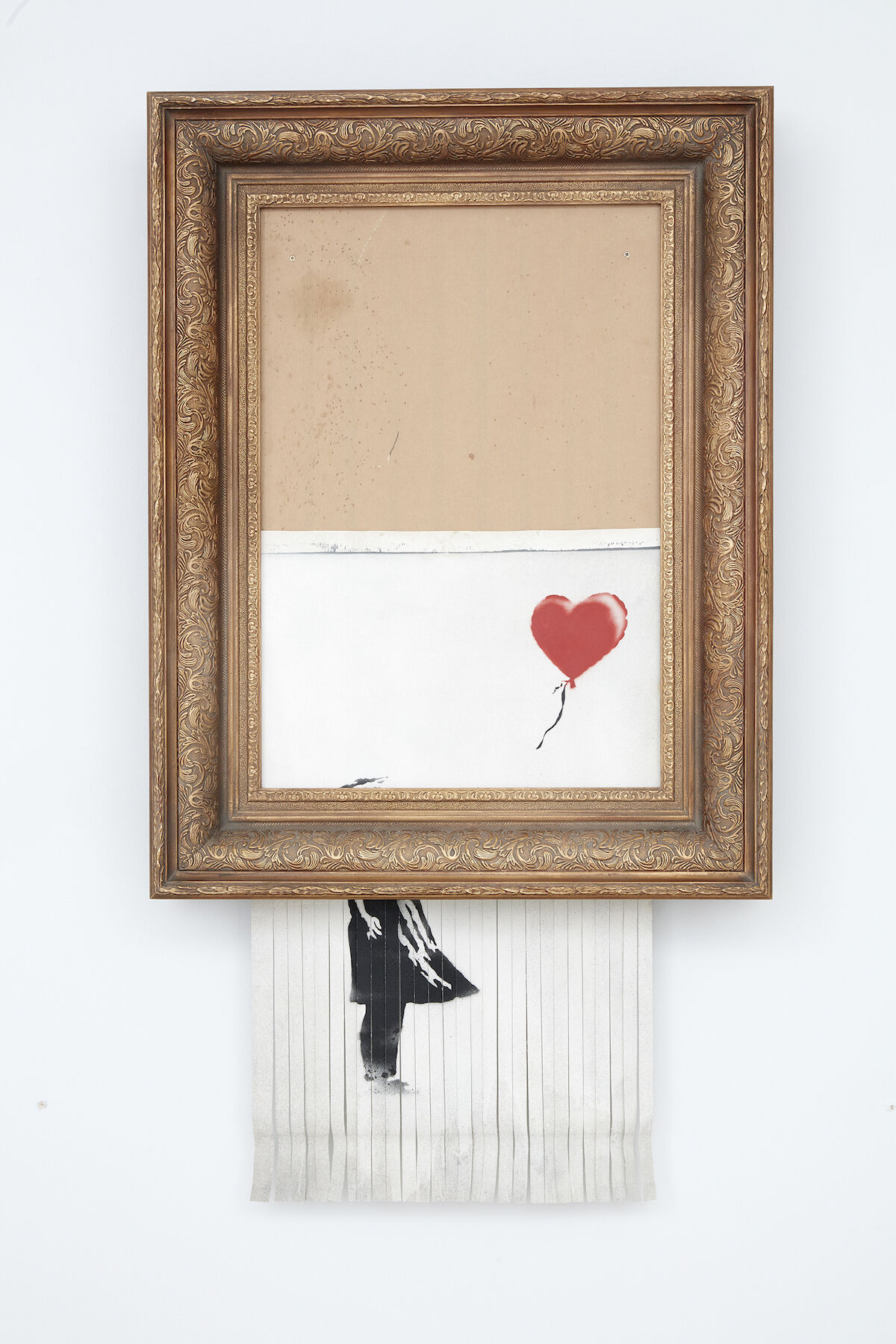 Days after Banksy shocked the world by shredding his canvas Girl With Balloon (2006) immediately after it sold for $1.3 million at Sotheby’s, the artist announced that the canvas and the frame it is still stuck in now comprise a new work, called Love is in the Bin (2018). The new work has been granted a certificate by Pest Control, Banksy’s authentication body, and will be on display at Sotheby’s New Bond Street saleroom this weekend.

“Banksy didn’t destroy an artwork in the auction, he created one,” Alex Branczik, Sotheby’s Head of Contemporary Art, Europe, said in a statement. “Following his surprise intervention on the night, we are pleased to confirm the sale of the artist’s newly-titled Love is in the Bin, the first artwork in history to have been created live during an auction.”

The auction house also confirmed that the winning bidder from Friday night is proceeding with the purchase, but did not reveal the identity of the buyer, just that it is a “female European collector and a long-standing client of Sotheby’s.” In a statement, the buyer said: “When the hammer came down last week and the work was shredded, I was at first shocked, but gradually I began to realise that I would end up with my own piece of art history.”