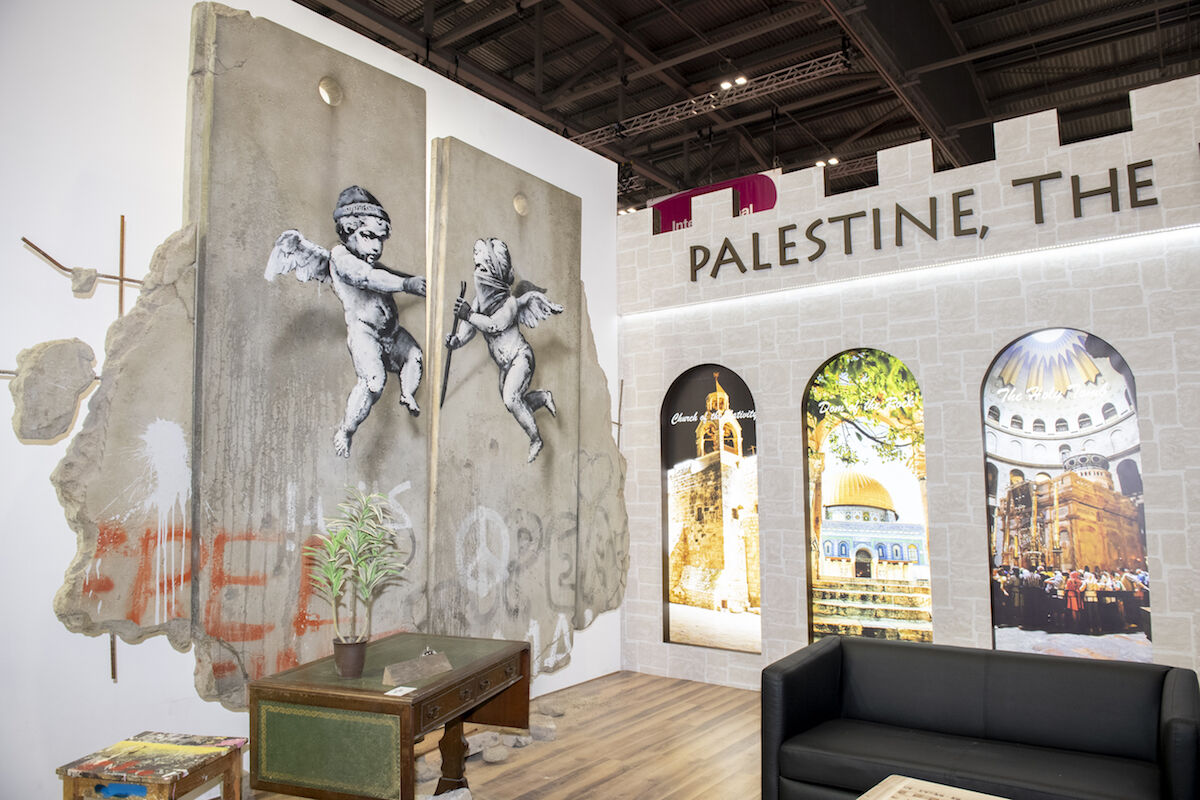 Throughout art history, there have been many acts of deceit (hiding in the Musée du Louvre's art supply closet to steal the Mona Lisa, 1503-19, comes to mind), though few are quite as innocuously fun as pretending to be a travel agent to see a new Banksy piece. In the artist’s first major project since his self-destructing painting shocked the world last month, the British street artist encouraged his fans to fib in order to attend the World Travel Market fair in London, where he unveiled an artwork on Tuesday protesting the Israeli occupation of Palestinian land.

“I’ve painted a replica separation barrier to promote the Walled Off hotel,” Banksy wrote on Instagram. “[I]ronically the neighbors have complained it’s too tall. We’ll be at the Palestine stand giving away free stuff,” he added.

Using a replica of the 400-mile border wall that separates Israel from Palestine’s West Bank as a canvas, Banksy painted two cherubim to represent the two warring states. The artist’s Walled Off Hotel is a real property built along the West Bank barrier. Each window faces the wall, but despite that it still succeeds in bringing tourists to Palestine with attractions such as a museum, a graffiti gift shop, and the largest gallery in the state.

In another Instagram post, the artist mentioned he would be handing out free Palestine posters, noting that patrons wouldn’t be charged while punning on the “free Palestine” slogan. The poster, which reads, “Visit historic Palestine. The Israeli army liked it so much they never left!”, can also be downloaded on Banksy’s site. 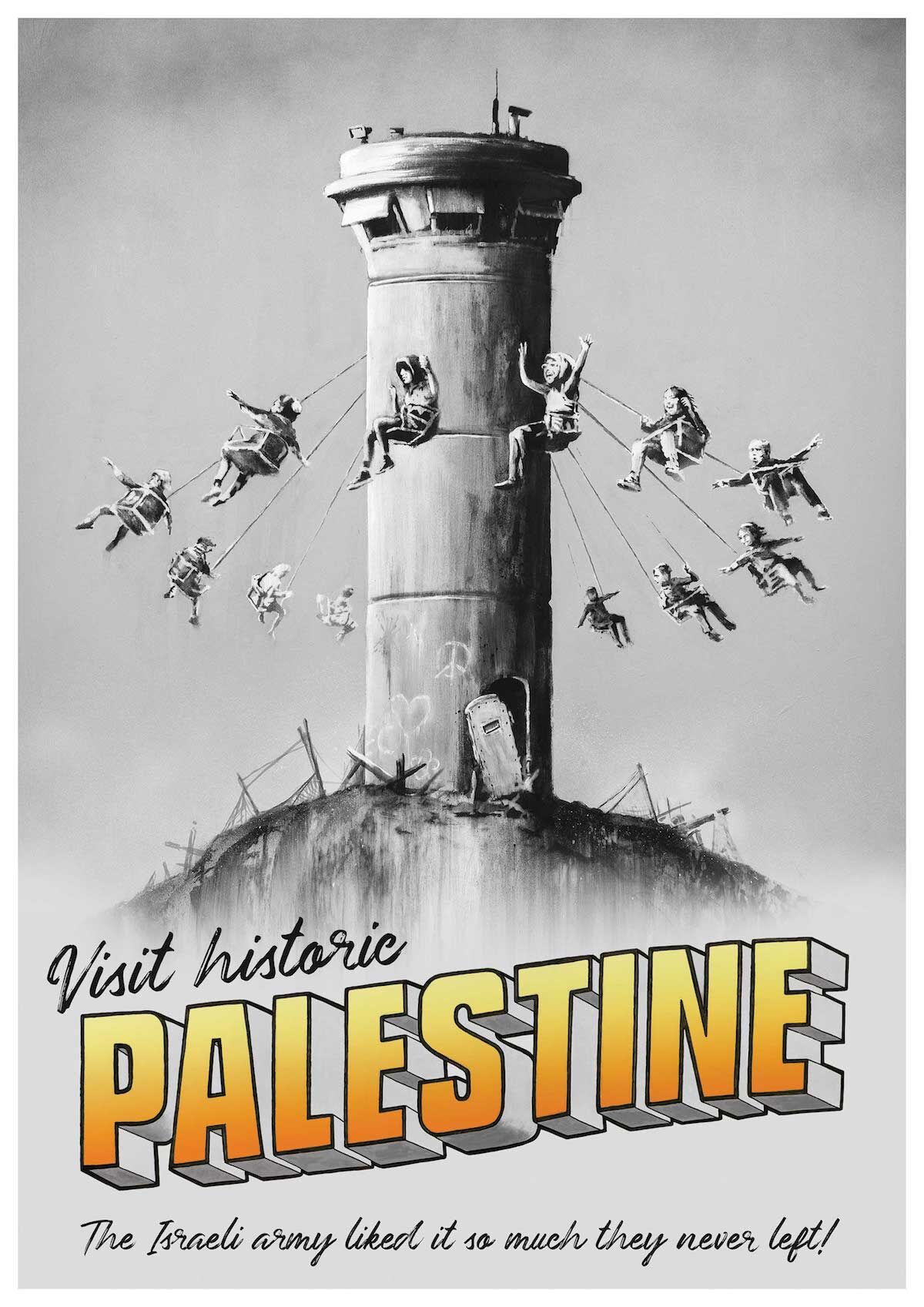 Palestine poster by Banksy. Courtesy the artist, via banksy.co.uk.