Banksy’s “Love Plane” mural, which had been stolen, has mysteriously reappeared.

It’s a Valentine’s Day miracle: a Banksy artwork that had been controversially removed from a parking lot wall in Liverpool, England has mysteriously re-emerged. The work, Love Plane (2011), features a stencil of a propellor plane leaving in its wake a heart-shaped smoke trail rendered in spray paint.

It was originally painted in 2011 and contentiously removed in 2016 under the guise of its inclusion in a “street art museum,” though the museum never opened and the work’s whereabouts remained a mystery. The heart-themed work returned (or was replaced) today, just in time for Valentine’s Day. The restored version features a new addition: a banner now trails the aircraft featuring the words “I’m Back!”

A note written on a nearby plaque about the Banksy mural reads in part: “street art is not meant to be put in a museum. It’s here for everyone to enjoy, not for the elite, not for an entrance fee.”

As of press time, Banksy—who often posts his work on social media to dispel forgeries—has yet to confirm the authenticity of the restored Love Plane. 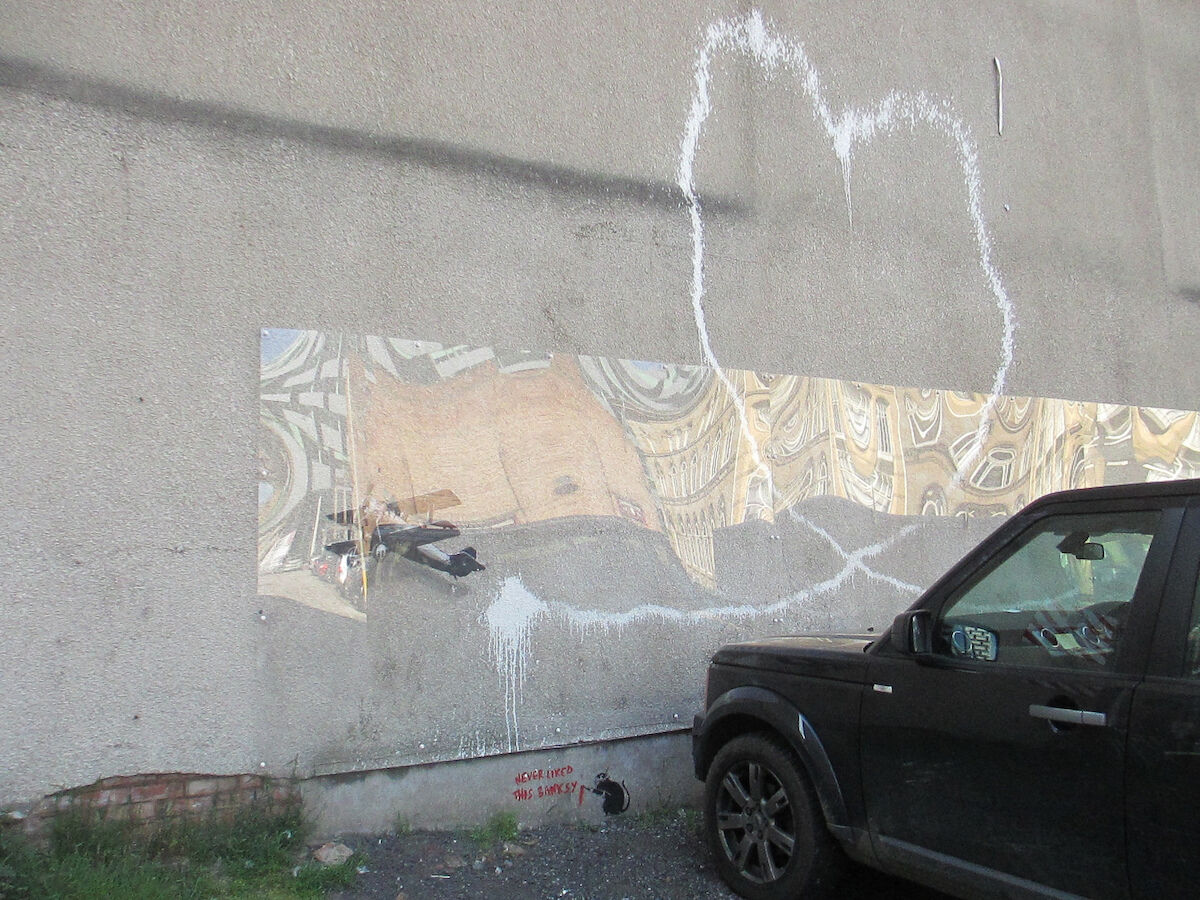 Banksy’s Love Plane (2011) before the plane was removed. Photo by Matt Brown, via Flickr.