Banksy’s tribute to the victims of terror attacks in Paris was stolen. 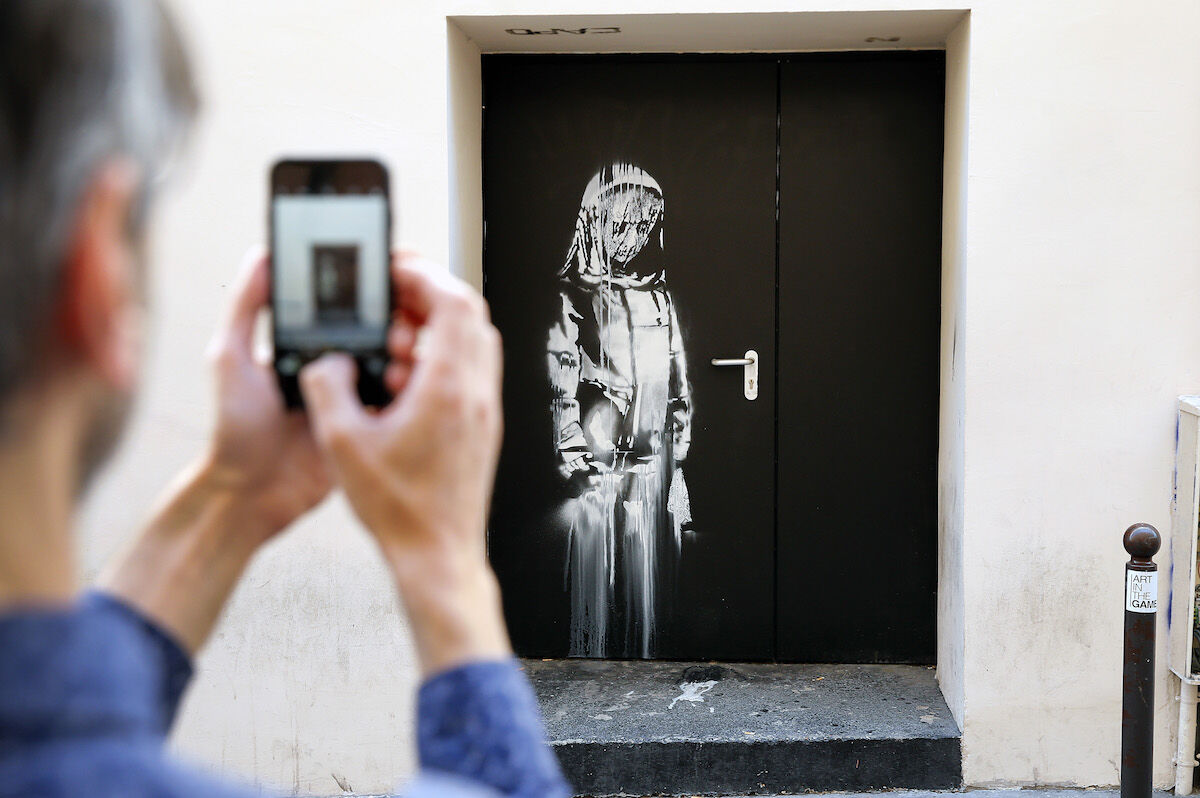 A man photographs the Banksy mural on one of the emergency doors at the Bataclan concert hall in Paris. Photo by Chesnot/Getty Images.

A Banksy mural paying tribute to those lost in the 2015 terrorist attack at the Bataclan concert hall in Paris, where 90 people were killed, has been stolen. The mural was one of seven new works by the secretive British street artist that appeared around Paris last June. It depicted a mournful female figure wearing a veil and gazing downwards, and had been painted directly onto one of the venue’s emergency exit doors.

The theft, which occurred overnight on Friday, was carried out by a group of hooded individuals who used angle grinders to remove the mural. The suspects then reportedly drove off with the mural in a truck.

Through Twitter, the Bataclan released the following statement on Saturday:

It's a deep sadness that moves us today. Banksy's work, a symbol of remembrance and belonging to everyone—locals, Parisians, citizens of the world—was taken from us.