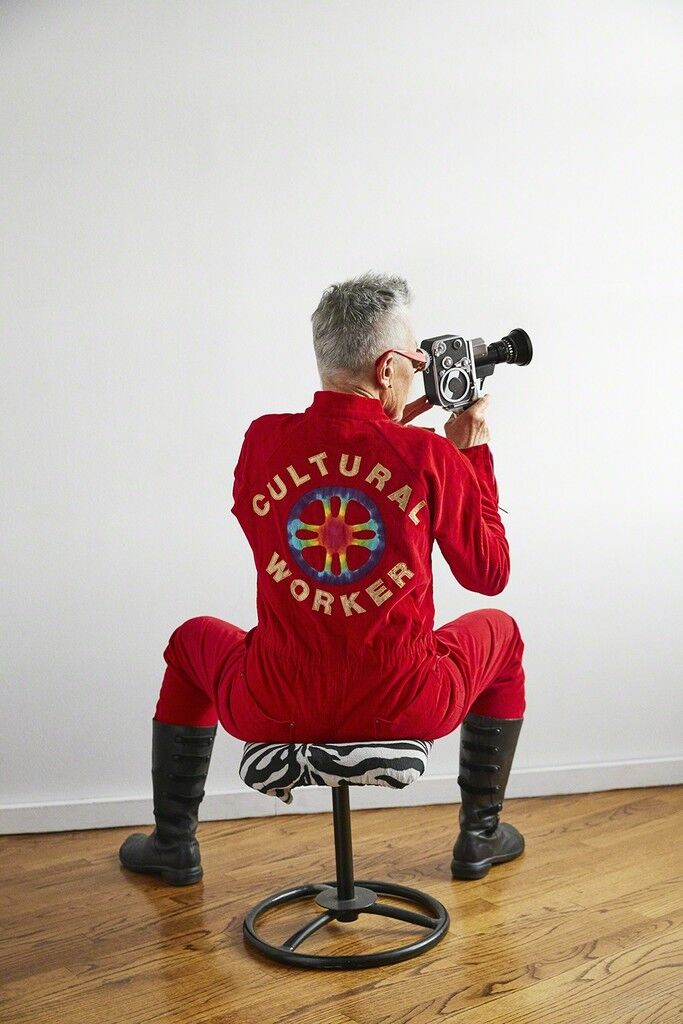 The beloved and trailblazing experimental filmmaker Barbara Hammer, who was celebrated for the queer vision evidenced in her work, died on Saturday at age 79. Hammer had been very open and public about her battle with ovarian cancer, which she was diagnosed with in 2006, and advocated for people’s right to die with dignity, giving a lecture titled “The Art of Dying or (Palliative Art Making in the Age of Anxiety)” at Temple University, Yale, and the Whitney Museum of American Art.

In an interview with Masha Gessen for the New Yorker published the month before her death, Hammer said:

I wanted people to know what it was like to have cancer and not just see it on the screen but to see me there coughing and struggling and breathing and not breathing, so I did a piece which was a lot of work, and seventy people got to see it in a gallery. But then it led to more performances. It has been learning how to just follow my path.

Hammer rose to prominence in the 1970s with films that explored lesbian subject matter in experimental forms, using expressive editing and overlays to explore modes of storytelling distinct from conventional cinema. Her breakthrough film, Dyketactics (1974), features over 100 shots in the span of four minutes, many of them superimposed, and depicts a group of nude women in a pastoral setting. It is among the more than 80 films by Hammer currently being restored by the Academy of Motion Picture Arts and Sciences. Her formal experiments of the 1970s explored the limits of perception, while many of her works in the 1980s examined the cinematic medium itself. In the 1990s, she turned to making documentaries that explored overlooked facets of queer identity and history.

Hammer was born in 1939 in Hollywood, California, trained as a painter, and married her college boyfriend, before coming out and turning to filmmaking. In a recent interview with novelist A.M. Homes published by Vanity Fair, she recalled:

I fell in love with film when I saw that it could be projected light with nothing more, when I could hand paint colors on clear 16 mm film, thread them into a projector and manifest the changing brilliance on a canvas. I was a painter before a filmmaker. I was a poet before a painter. I was an infant adoring the world from my little reign in a baby pen in the backward of a working class Inglewood neighborhood. Everything is important.

In the past decade, Hammer’s explorations of cinematic form and the distinctive visual language she developed were celebrated by increasingly broad audiences in both the art and film worlds. In 2010, the Museum of Modern Art’s film department devoted a series of screenings to her work; in 2012, Tate Modern staged a major survey of her work; and in 2017 the Leslie-Lohman Museum of Gay & Lesbian Art organized the major retrospective “Barbara Hammer: Evidentiary Bodies.” It was announced last month that she will participate in the 2019 Whitney Biennial, opening in May. And on June 1st, the Wexner Center for the Arts at Ohio State University will open a major solo show of her work, “Barbara Hammer: In This Body,” including recent installations, films, collages, and more. It includes a number of works that incorporate X-rays, newspaper clippings of breast cancer coverage, and recordings of women sharing stories of their cancer diagnoses.

In her interview with Homes, Hammer commented on the very personal nature of much of her work, saying:

Making pie is as natural as making love and one could argue equally important though I don’t know I’d go that far. In a way I’m lucky that there is so much forbidden unexplored life areas that it is rich fodder for an artist intent on shining light on the hidden. If I don’t share what’s deeply personal then I don’t learn the deeply personal of others, and we live in these strange contiguous landscapes bent on surface reflection only. How do we move without engagement with others?