Beyoncé and Jay-Z filmed a video at the Louvre for the first single off a surprise joint album, “Everything is Love.” 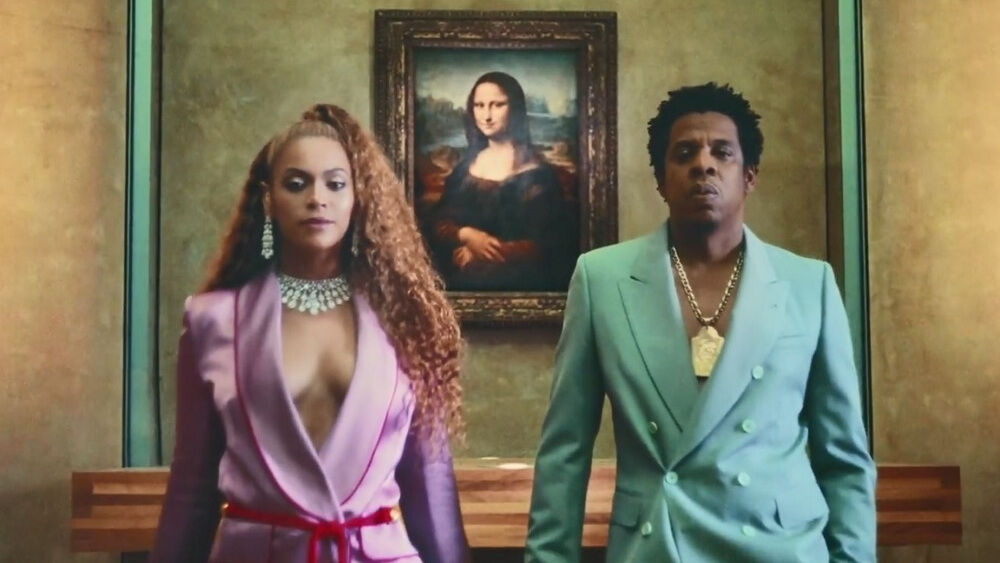 The couple and a slew of dancers got permission to empty out the world’s busiest museum to film footage for their video for the song “Apeshit,” which dropped alongside other tracks on the album Saturday night. The video begins in the back of the hall that houses Leonardo da Vinci’s Mona Lisa, and slowly pans toward the two musical superstars as they stand in front of the Louvre’s most beloved, priceless work of art. Further scenes take place in front of a number of the museum’s masterpieces—ARTnews has a handy primer on the works and their significance, and one fan used her degree in art history to unfurl a long Twitter thread about the myriad painterly references—and at one point, Jay-Z goes outside to rap in front of the I.M. Pei pyramid that sits in front of the museum.

Beyoncé and Jay-Z have a history with the Louvre. In 2014, they got a private tour on a Tuesday, when it is closed to the public, a coup for even the most well-connected arts connoisseurs. But as Jason Farago points out in a richly detailed critical assessment of the video in the New York Times, hundreds of film shoots take place at the Louvre each year, and day-long camera access tops out at $17,500. Farago also notes that, in addition to transparently advertising the works on the wall at the Louvre, several other artists appear to be referenced sans credit. For instance, a shot of a man on horseback suggests intimate knowledge of the French Algerian artist Mohamed Bourouissa; New York magazine’s Vulture, along with others, pointed to other frames in the video, which recall the photographs of Deana Lawson.

Variety reports that the video was filmed sometime in May. “Everything is Love” is now available to stream on Tidal, the music service co-owned by Beyoncé and Jay-Z.