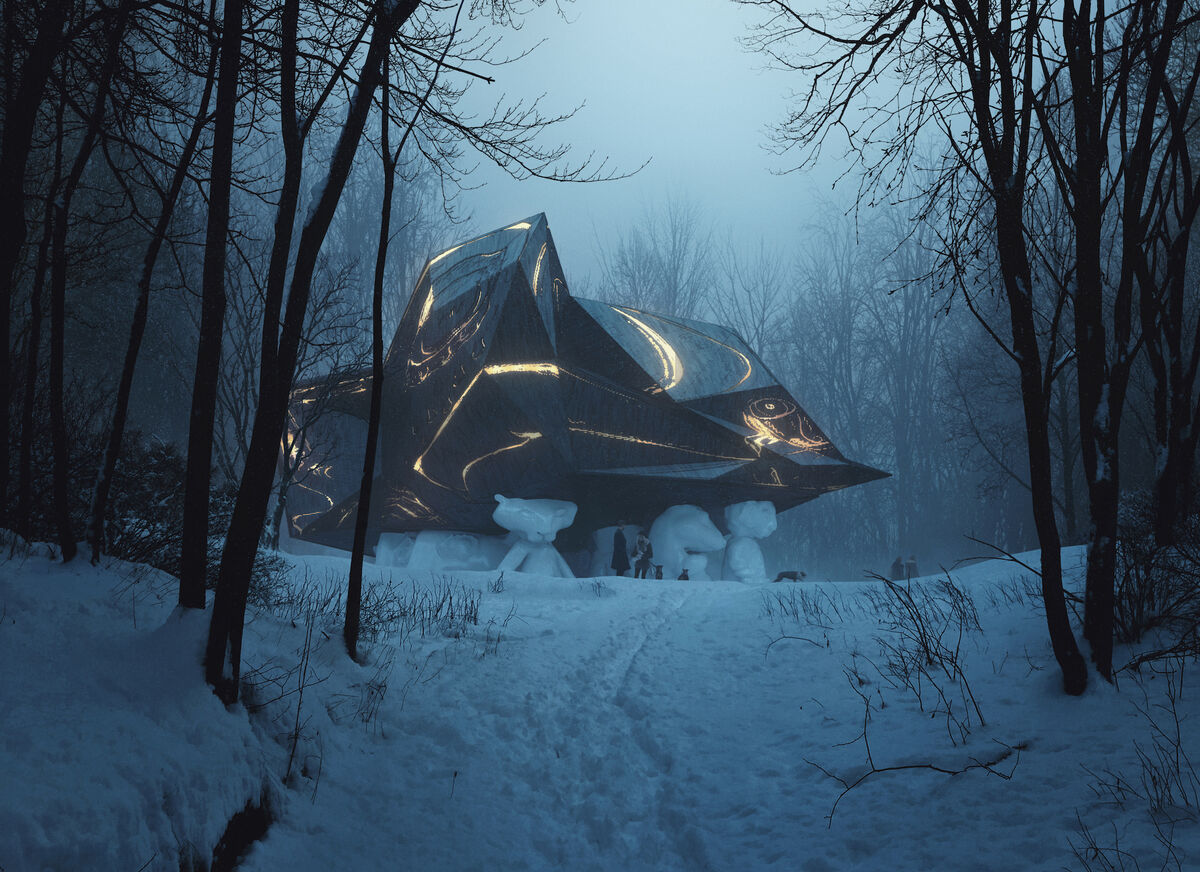 Rendering of Bjarne Melgaard and Snøhetta's A House to Die In. Courtesy and © MIR and Snøhetta.

After months of fierce debate, the plans for Norwegian artist Bjarne Melgaard’s deeply controversial “death house” are, well, dead. The Local Norway reported that Oslo city councillors from the Labour, Socialist Left, Green, and Progress parties have released a joint statement officially blocking the controversial artist from building a structure called “A House to Die In” on the outskirts of the Norwegian capital.

Plans for the building, designed by Oslo-based architecture firm Snøhetta, called for a UFO-like structure sitting atop animal statues and inspired by the homes of drug lords that would include a “drug room” and “sex pillows.” The official word from the politicians claimed the project was stopped for environmental reasons, explaining in a statement that: “We want the site where the death house was intended to be placed to remain a green area for the benefit of the local population, and we encourage Bjarne to find a new site for the project.”

But the controversy surrounding the project also stems from its proximity to the plot where Norway’s most famous artist, Edvard Munch, had his winter studio. Despite the fact that Melgaard’s project was approved by the national and local conservation authorities, those living in an artist’s colony nearby pressured the government to putting the kibosh on the scheme. “This is the only place where Munch lived and worked for 30 years,” Halvard Haugerud, a painter living in the artist community, told the New York Times in February. “We just want to keep what’s left of Munch.”

Melgaard, who has never shied away from controversy, dismissed any idea that he was tarnishing Munch’s legacy, noting that the structure of his studio was demolished in 1989. “I believe this talk about the legacy of Munch is ridiculous,” he told the Times. He also said that homophobia played a part, as anti-gay graffiti was found at one of the proposed sites. “They are not interested in gay men or women taking up too much space in our society,” Melgaard said in that same Times story.

After the government scuttled the project, Melgaard responded to an inquiry from the newspaper Aftenposten, saying in a text message: “There is great opposition to new things in Norway.”