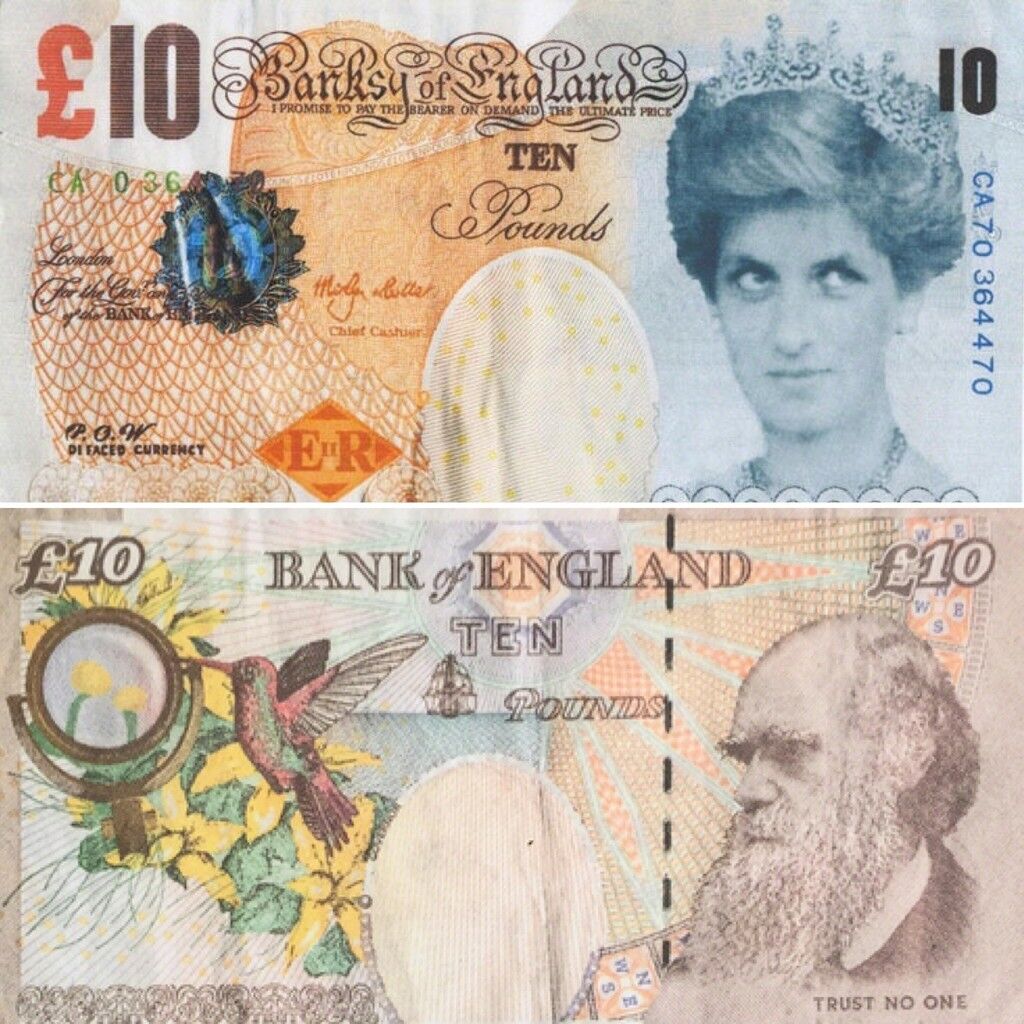 In 2005, Banksy snuck a fake cave painting—which depicted a man pushing a shopping cart—into the British Museum. Though that work has since returned, the secretive street artist has officially joined the museum’s collection through legitimate means for the first time.

The museum has acquired a piece titled Di-Faced Tenner (2004), a fake £10 bill, which will join the museum’s department of coins and medals. Banksy’s fraudulent banknote features a picture of the late Princess Diana, rather than the Queen, and bears the words “Banksy of England.” The artist claims to have made an edition of 100,000 of these notes in 2004, which were intended at the time to be used in a performance. Many of these notes can be found for sale online. The one entering the British Museum collection was donated by Pest Control, the company that manages and autheticates the artist’s work.

A spokesperson of the British Museum told The Art Newspaper that there are currently no plans to display the work. Tom Hockenhull, the museum’s curator of modern money, told The Guardian that he had been attempting for years to acquire a genuine Di-Faced Tenner to add to the museum’s collection of “skit notes” (parodies of real currency).