A Brooklyn artist’s new mural aims to get New Yorkers and tourists to slow down and consider their bearings. 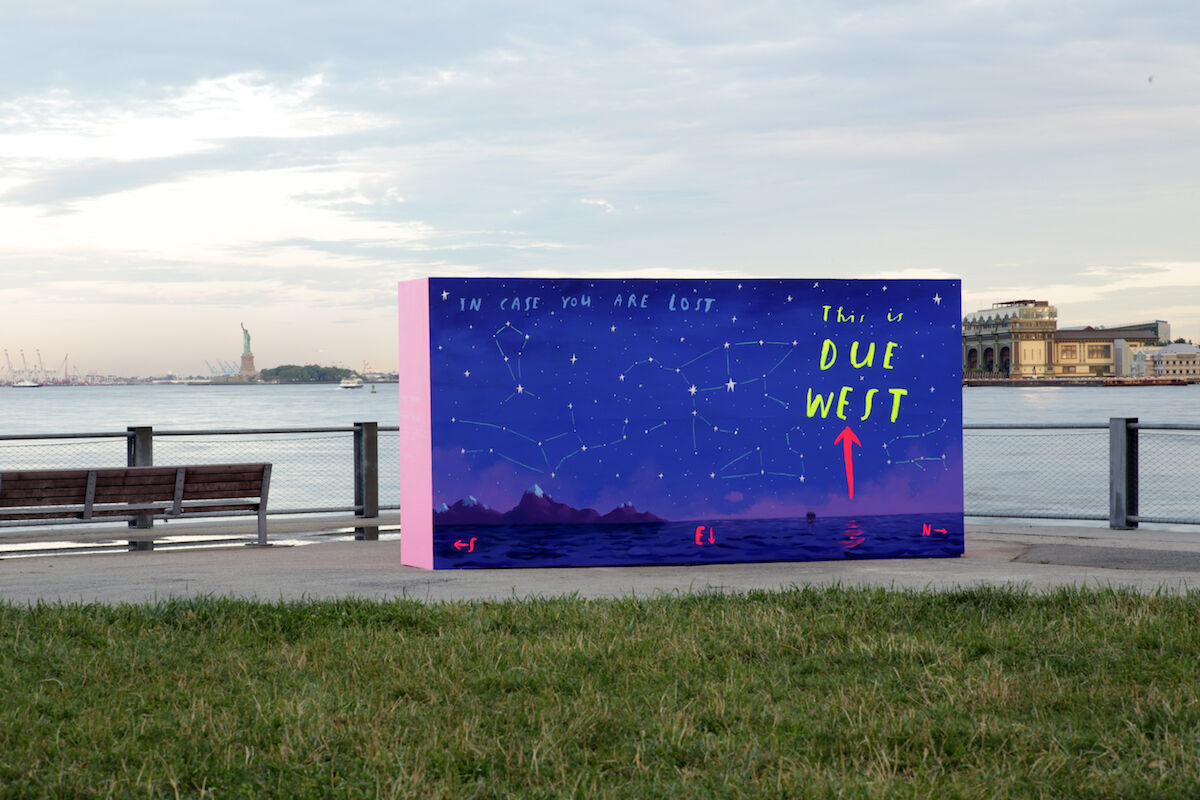 Brooklyn-based artist Oliver Jeffers unveiled a site-specific mural installation in Brooklyn Bridge Park last week to remind local families and tourists to be present. Titled Here You Are, the installation—which will be on view at Pier 1 through July 2—is inspired by Jeffers’s best-selling 2017 children’s book of the same name, a sumptuously illustrated and uplifting introduction to living on Earth, for wee ones. The two-sided mural, mounted in celebration of the first birthday of one-stop online children’s retailer Maisonette, is meant to be a warm, thought-provoking photo opp.

More than a selfie spot, it’s meant to offer a moment of pause, to help us escape the bustle of New York. Jeffers emphasized it should help people “consider their bearings”—which they can, quite literally, as the piece is oriented due west.

Jeffers was born in Northern Ireland, where “murals almost exclusively have political messages,” he explained. But for this project he enjoyed breaking off from that tradition.

“It’s nice to make something which only promotes simple reassurance and optimism, and at a grand scale,” he said.

Over the past 15 years, Jeffers has become a beloved children’s book author and illustrator, having published 19 titles. Known for landscapes and portraits dipped in paint, the artist is represented by Bryce Wolkowitz in New York and Lazarides in London.