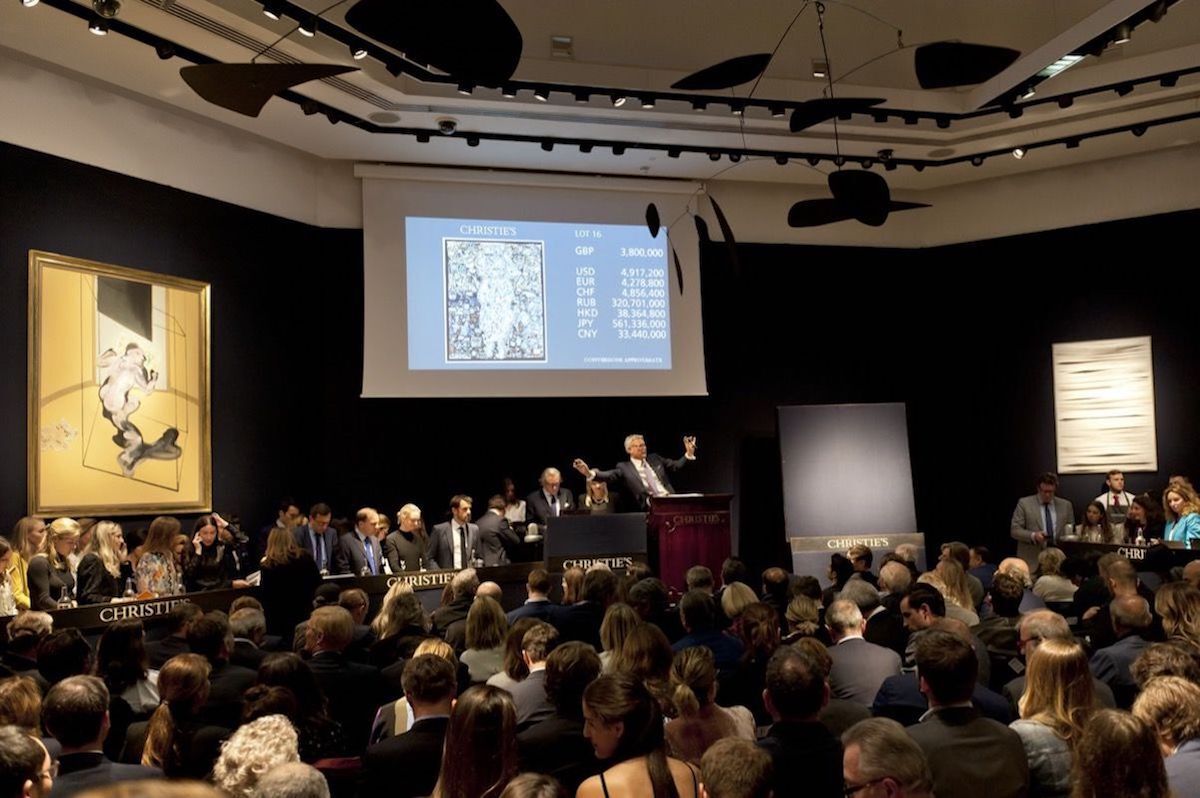 A sale at Christie’s London in October 2018. Courtesy Christie’s.

Starting today, buying art at Christie’s will be more expensive. In an update posted on its website, the world’s leading auction house announced that it will expanding the number of artworks that will come saddled with the highest fee level for buyers, which is 25% of the purchase price.

It’s unclear how Christie’s rival Sotheby’s will respond to the fee hikes. It could follow suit and adjust its premiums accordingly; in 2017, Christie’s announced their last fee hike just a week after Sotheby’s announced theirs. Or Sotheby's could leave its fee structure unchanged—it doesn’t hurt to be the auction house where’s it’s slightly cheaper to buy art.

The announcement comes amid an uncertain outlook for the art market in 2019. In the quarterly earnings call in November, Tad Smith, Sotheby’s CEO, said he was “planning for market conditions in 2019 to be a bit more subdued than what we experienced at the end of 2017 and into early 2018.”