The camera manufacturer Leica faced a backlash in China over a commercial depicting the Tiananmen Square protests. 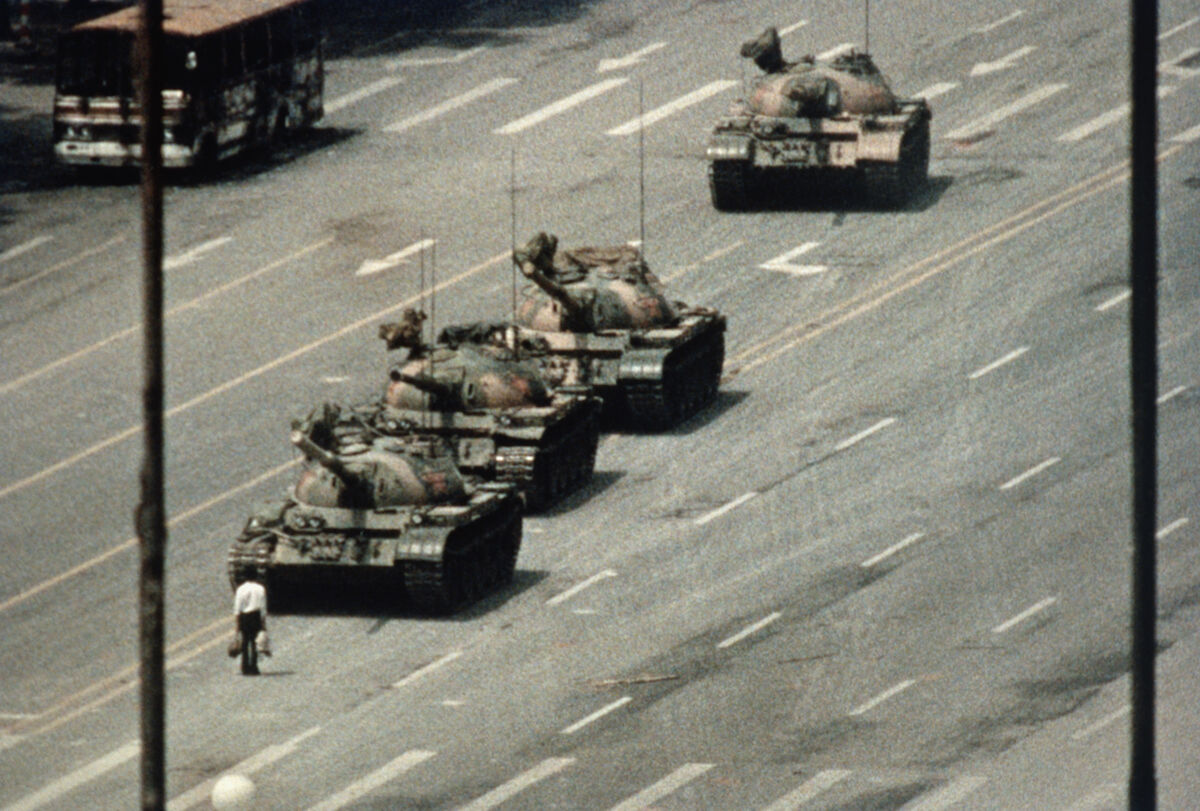 A Beijing demonstrator blocks the path of a tank convoy along the Avenue of Eternal Peace near Tiananmen Square. Courtesy Bettman Archive/Getty.

The German camera company Leica is facing backlash after a promotional video depicting a photographer capturing the Tiananmen Square protests was released last week. The five-minute video, titled “The Hunt,” follows a Western photojournalist through a Beijing hotel in 1989 as he evades Chinese military and photographs the protest through a window. Leica is attempting to distance itself from the video, which coincides with the 30th anniversary of the protests that are estimated to have left thousands dead.

The ad was met with wide-ranging censorship throughout Chinese social media. Weibo, one of the largest social media platforms in China, quickly banned any post containing the word “Leica” in English or Chinese, citing it as “a violation of relevant laws and regulations or the Weibo Community Convention.” Users of Weibo flooded Leica’s official account with critical comments.

Leica spokesperson Emily Anderson told the South China Morning Post by email that, though the ad ends by displaying the Leica logo, it was not an officially sanctioned advertisement commissioned by Leica. She added: “Leica Camera AG must therefore distance itself from the content shown in the video and regrets and misunderstandings or false conclusions that may have been drawn.”

China was Leica’s biggest growth market as of 2017, and the company was planning a further 20 to 30 new stores throughout the country. But conversation around the video was not exclusively critical—Chinese human rights activist Zhou Fengsuo applauded the ad, calling it a “game changer.”

“It captured the spirit of 30 years ago,” Zhou, who was a student leader in the protests and was once number five on Beijing’s most-wanted list, told the South China Morning Post. “I was in tears watching it.”