To celebrate the 25th anniversary of “Jurassic Park,” a 25-foot Jeff Goldblum sculpture was erected in London. 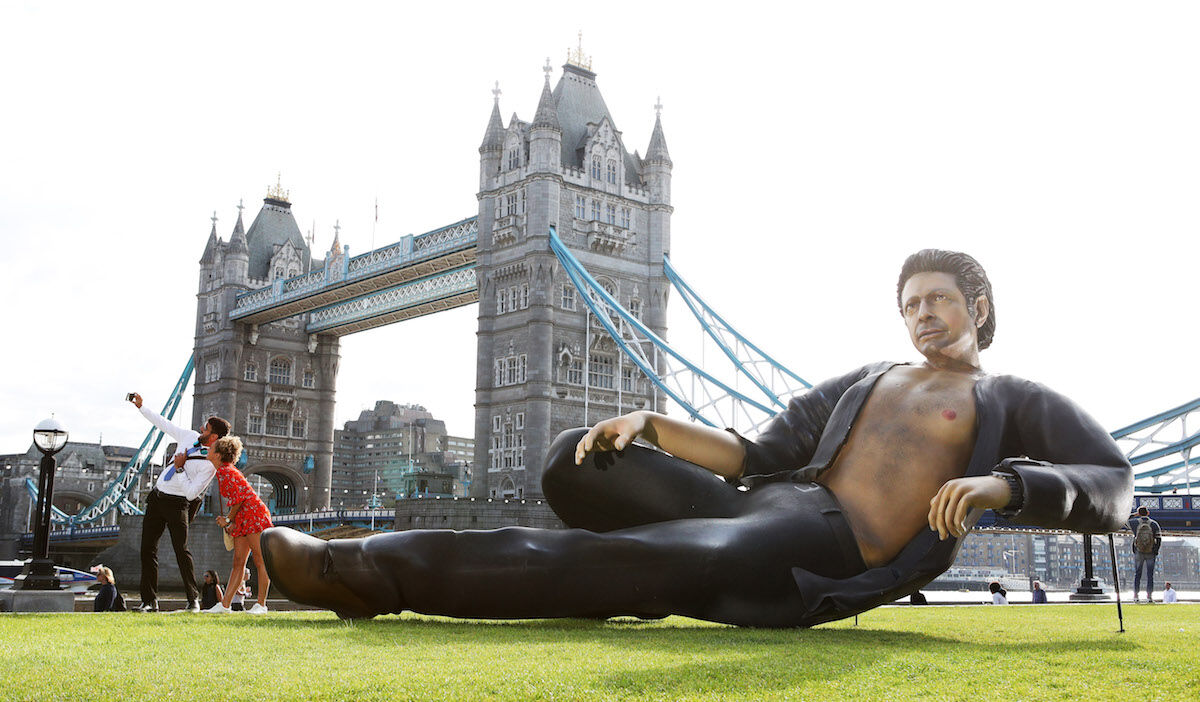 After fending off a T-Rex, Jeff Goldblum’s Jurassic Park (1993) character, Ian Malcolm, famously lounges for a moment to take catch his breath. The scene only lasts a few seconds, but Malcolm’s unbuttoned shirt, glistening chest, low-riding pants, and stern gaze are hard to forget. And while cult fans of the action film series have long loved Goldblum’s portrayal of the whimsical mathematician, younger generations became entranced with the character when the outrageously sexy moment was taken up as fodder for internet users to transform into memes.

Now, fans of the film, its memes, and Goldblum’s sweaty torso can all share an up-close and intimate moment with the infamous scene: British telecommunications giant Now TV has installed a 25-foot sculpture of Malcolm in the iconic pose to celebrate the 25th anniversary of Jurassic Park’s release. The dino-sized Goldblum, complete with his glistening skin, furrowed brow, and single visible nipple was erected in front of London’s Tower Bridge on Wednesday morning, after more than six weeks of production (it remains on view through today, according to the BBC).

At first, many passerbyers were confused by the gargantuan reclining Goldblum—a vision not so different from witnessing a living dinosaur stomping around a modern city—but those who know the reference seem to be highly enthralled as they snap selfies with the statue. Some visitors have even laid down in front of the artwork to recreate the pose. As for Goldblum, he’s rather pleased that people have embraced the moment so wholeheartedly, and loves the memes. “I admire them myself,” he told Now TV. “It’s great, the human body is beautiful in all ways.” 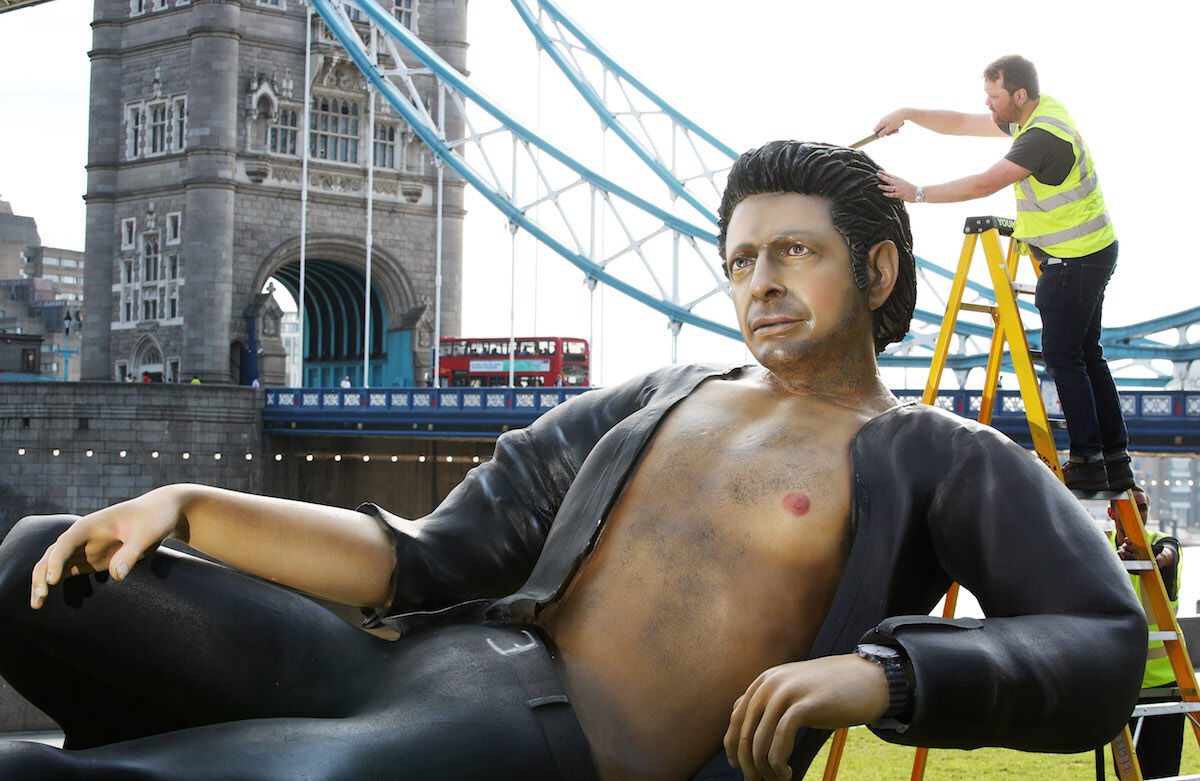