After it was censored last year, an exhibition of queer Brazilian art opened in Rio and drew record crowds. 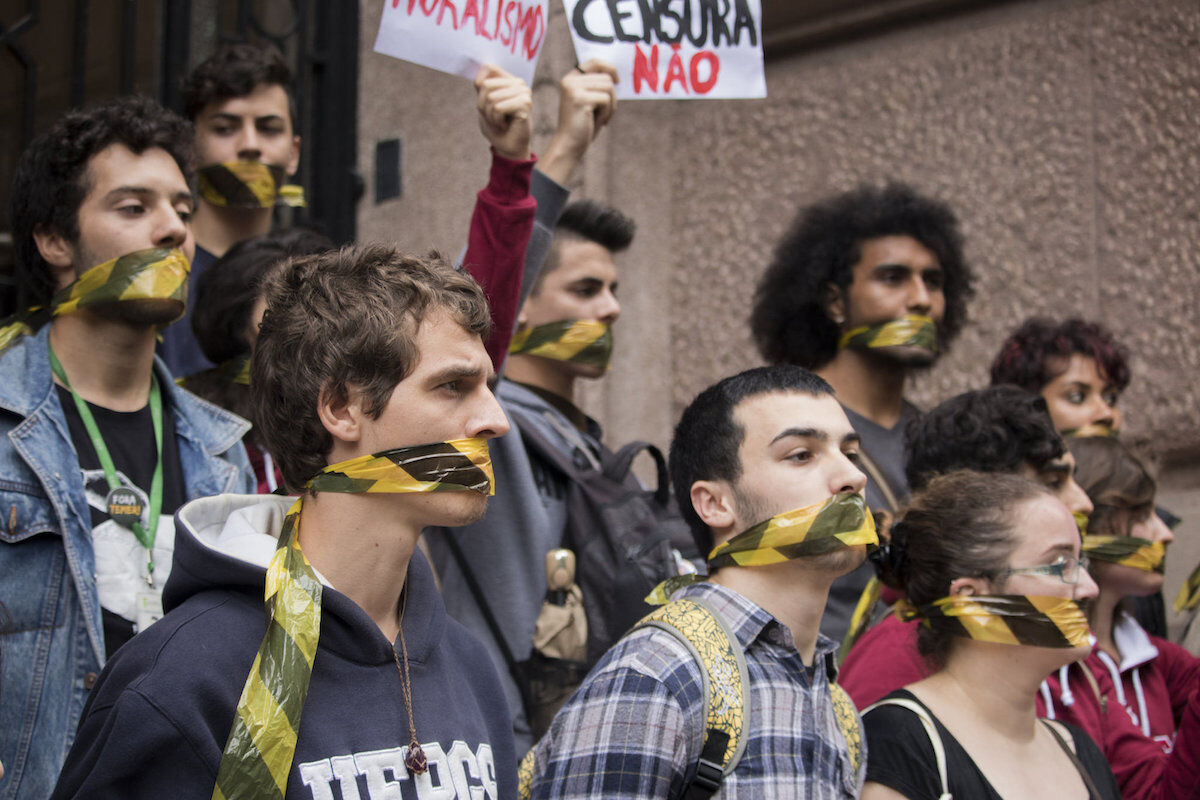 A protest in September 2017 following the closure of the "Queermuseu" exhibition at the Santander Cultural Center in Porto Alegre, Brazil. Photo by Clara Godinho/Editorial J, via Flickr.

A queer art show in Brazil that was censored last year opened at a new venue this weekend, swiftly setting an attendance record for Rio de Janeiro’s School of Visual Arts of Parque Lage.

Queermuseu was shut down last year by the Santander Cultural Center in Porto Alegre following complaints on social media and from visitors. But after a hugely successful crowdfunding campaign that raised 45 times its original goal, it reopened in Rio on Saturday for a one-month run. The exhibition is “the first curatorial platform with an exclusively queer approach to be realized in Brazil and the first example of such a large-scale exhibition in Latin America,” according to the Rio Times.

The groundbreaking exhibition was initially slated to travel to the Museum of Art Rio (MAR), before the city’s mayor internevened. When it was first reported that the exhibition, which features works by some of Brazil’s biggest modern and contemporary artists including Lygia Clark and Adriana Varejão, was going to travel to the MAR, a public institution, Rio’s mayor Marcelo Crivella—who is also an evangelical preacher—commented that the exhibition would go ahead “Only if it’s at the bottom of the sea,” a pun on the museum’s name (the Portuguese word for “sea” is “mar”).

“We can’t allow someone like him [the mayor] to decide what we see or not,” Fabio Szwarcwald, the art school's director said. He cited the School of Visual Arts’ history of resistance since its founding during the 1970s military dictatorship as a reason the private institution would put on the show. During the exhibition’s first two days, some 8,000 people visited Queermuseu, setting a weekend attendance record for the art school. The wait time to enter the show over the first weekend was around one and a half hours.

“I’m very interested in going, to tell the truth,” Fernando Salerno, a Portuguese teacher told the Rio Times. “It’s a chance to confront the extreme conservatism that has been growing in the last couple of years.”