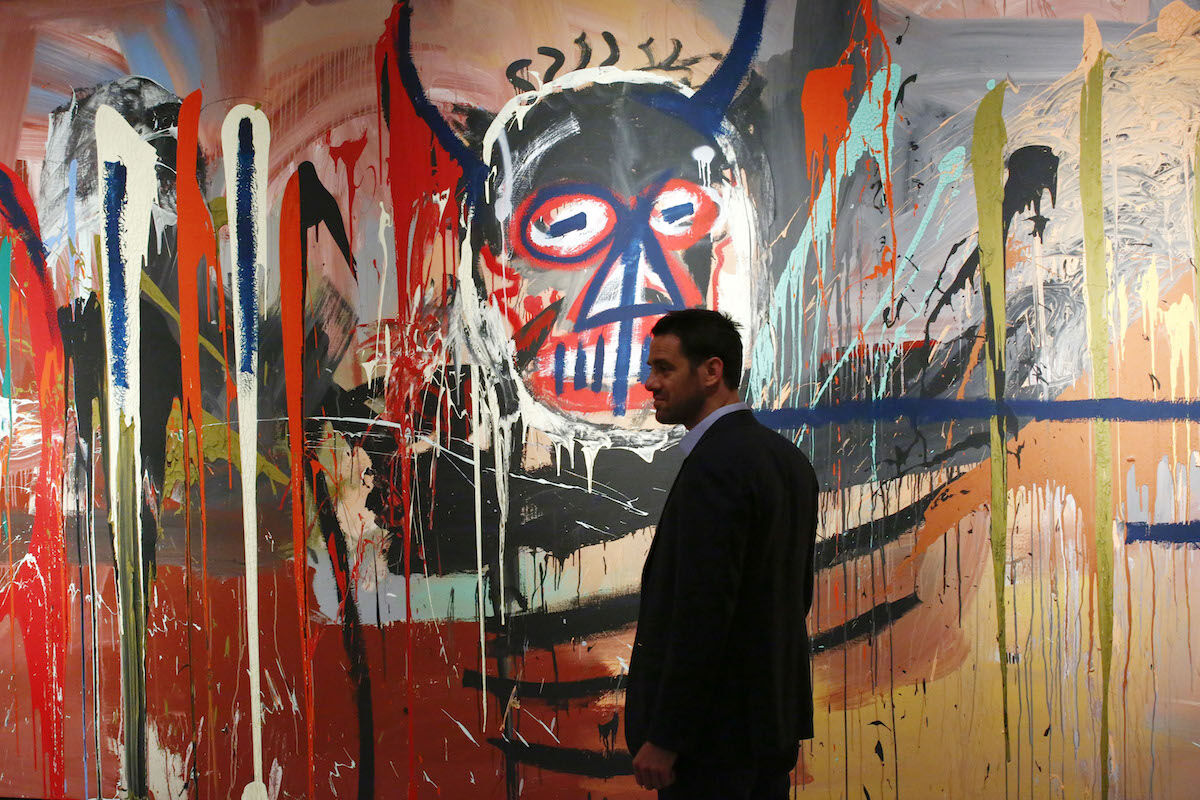 Loic Gouzer of Christie’s standing next to an untitled painting by Jean-Michel Basquiat at a 2016 press preview of Christie’s Contemporary, Impressionist, Modern, and Post-War Art in New York. Photo by Kena Betancur/AFP/Getty Images.

Christie’s announced on Monday that Loic Gouzer, the post-war and contemporary co-chairman who perhaps more than any other auction figure has become the face of the art market’s continuous rise, is leaving the auction house at the end of the year. His plans are not immediately known.

In a release Gouzer said:

Those who know me best know that my two great passions in life have always been art and the environment. I intend to spend the next few months concentrating on conservation and climate issues before coming back to the art world with a new project. I will always be immensely grateful to Christie’s and to my wonderful colleagues who believed in me and honored me with their confidence and friendship. I have no doubt that the Post-War and Contemporary Art department, under the enlightened leadership of Alex Rotter and our talented team, will continue to be the leading player in the auction world.

While at Christie’s, he introduced a series of innovative and wildly successful themed sales, such as “If I Live, I’ll See You Tuesday” and “Looking Forward to the Past,” the latter of which saw Pablo Picasso’s Les femmes d’Alger (Version ‘O’) (1955) become, at the time, the most expensive work ever sold at auction when it achieved $179,365,000 in 2015. He was on the phone with the underbidder when Leonardo da Vinci’s Salvator Mundi (circa 1500) sold for a record $450 million, and most recently oversaw the sale of David Hockney’s Portrait of an Artist (Pool with Two Figures) (1972), which made Hockney the most expensive living artist.

In 2016, he was the first auction world figure in some time to be profiled in The New Yorker, and the long feature covered Gouzer’s meteoric rise in the auction world, and his environmental activism, often alongside his friend and fellow advocate/collector Leonardo DiCaprio. The post-war and contemporary department will continue to be run by Gouzer’s fellow chairman Alex Rotter.