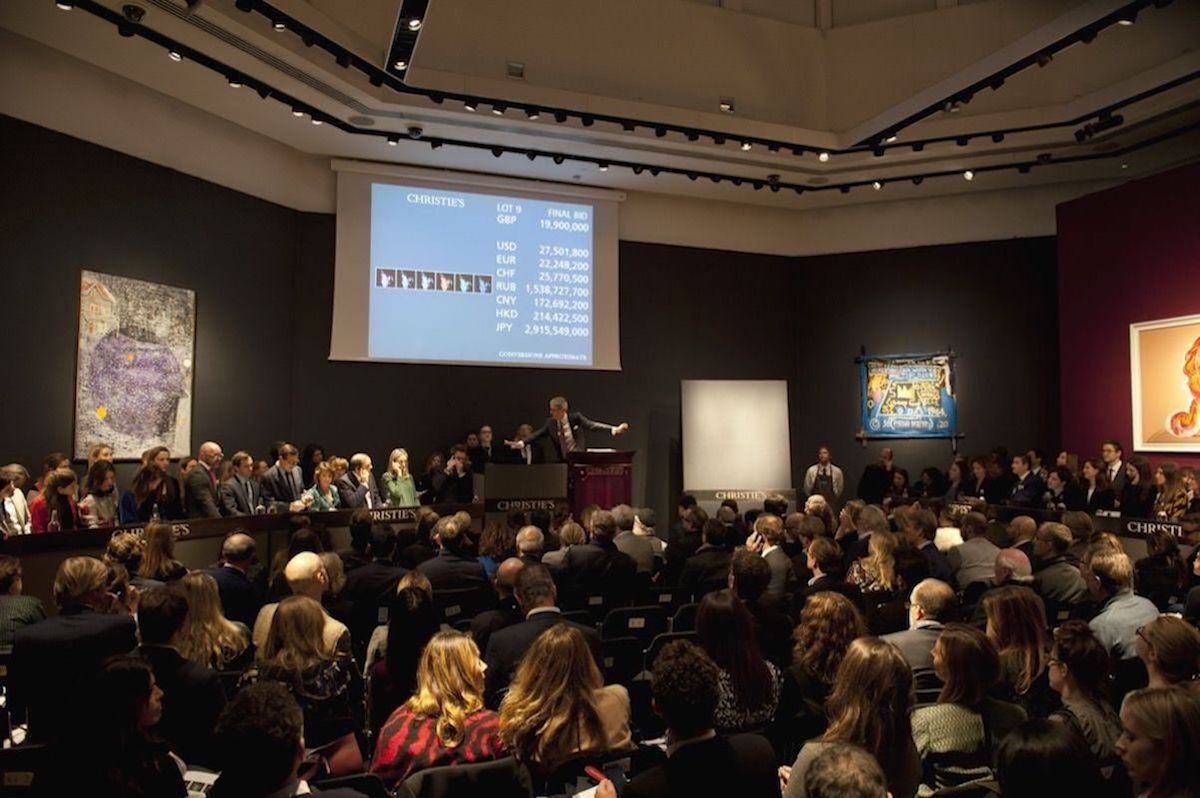 A sales at Christie’s in London in March 2018. Photo © Christie’s Images Limited.

Christie’s reported its best year ever for art sales in 2018, with overall sales totaling £5.3 billion ($7 billion) for the year (up from £5.1 billion, or $6.6 billion, in 2017), thanks in no small part to the collection of Peggy and David Rockefeller, which set a new record for a private collection sale at the house, bringing in a total of $835.1 million across a slew of sales. Announcing the 2018 sales figures on Thursday morning, Christie’s highlighted a significant uptick in its online-only sales, which grew by by 16% in 2018 for a total of £65.1 million ($86.6 million); online-only sales also continued to drive the biggest share of new buyers, with 41% of Christie's first-time clients coming through online sales (up from 37% in 2017).

In a statement, CEO Guillaume Cerutti highlighted the significance of an impressive lineup of private collections in helping Christie’s reach its £5.3 million total in 2018, but also warned that socio-economic tensions could destabilize the market in 2019:

2018 was record-breaking at Christie’s with several major collections and continued demand across all categories. While signs of a more challenging macro-political and economic environment increased towards the end of last year, we remain confident of continued success in 2019, thanks to judicious planning and continued focus on curation, selection and pricing.

Though Christie’s 2018 sales unsurprisingly eclipsed those of consistent third-place finisher Phillips—which recently reported its best year ever, with $916.5 million in sales—it remains to be seen how they measure up against the other pillar in the auction market duopoly, Sotheby’s, which in recent years has announced its annual sales totals at the end of February or beginning of March.