Christie’s will cut its production of printed materials in half in 2020. 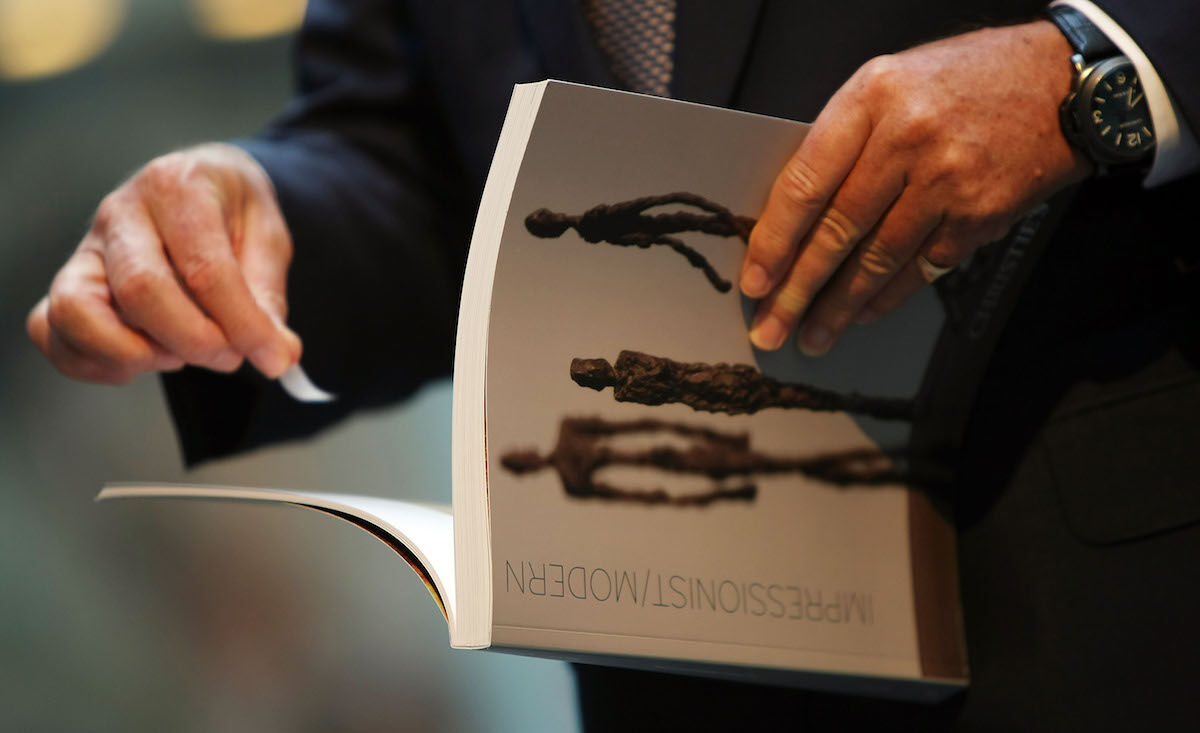 A guest holds a catalog before entering a Christie’s sale in New York. Photo by Mario Tama/Getty Images.

Christie’s got an early start on its New Year’s resolutions for 2020. The auction house has pledged to cut its production of paper materials in half by the end of next year. Its current print output numbers more than 700,000 materials annually, the lion’s share of which are gallery guides and auction catalogs.

While it may be tempting to applaud Christie’s for this apparent bout of environmental awareness, its decision to spare trees was primarily pragmatic. According to the Financial Times, the auction house’s internal data revealed that 52 percent of the lots it sold in 2019 went to buyers who hadn’t received print catalogs. That number was even higher for bidders at live auctions in Christie’s salesrooms, more than 70 percent of whom hadn’t gotten print catalogs. All the auction house’s catalog content will be made available online as per usual.