Christie’s will offer one of the last Modigliani sculptures in private hands for $30 million. 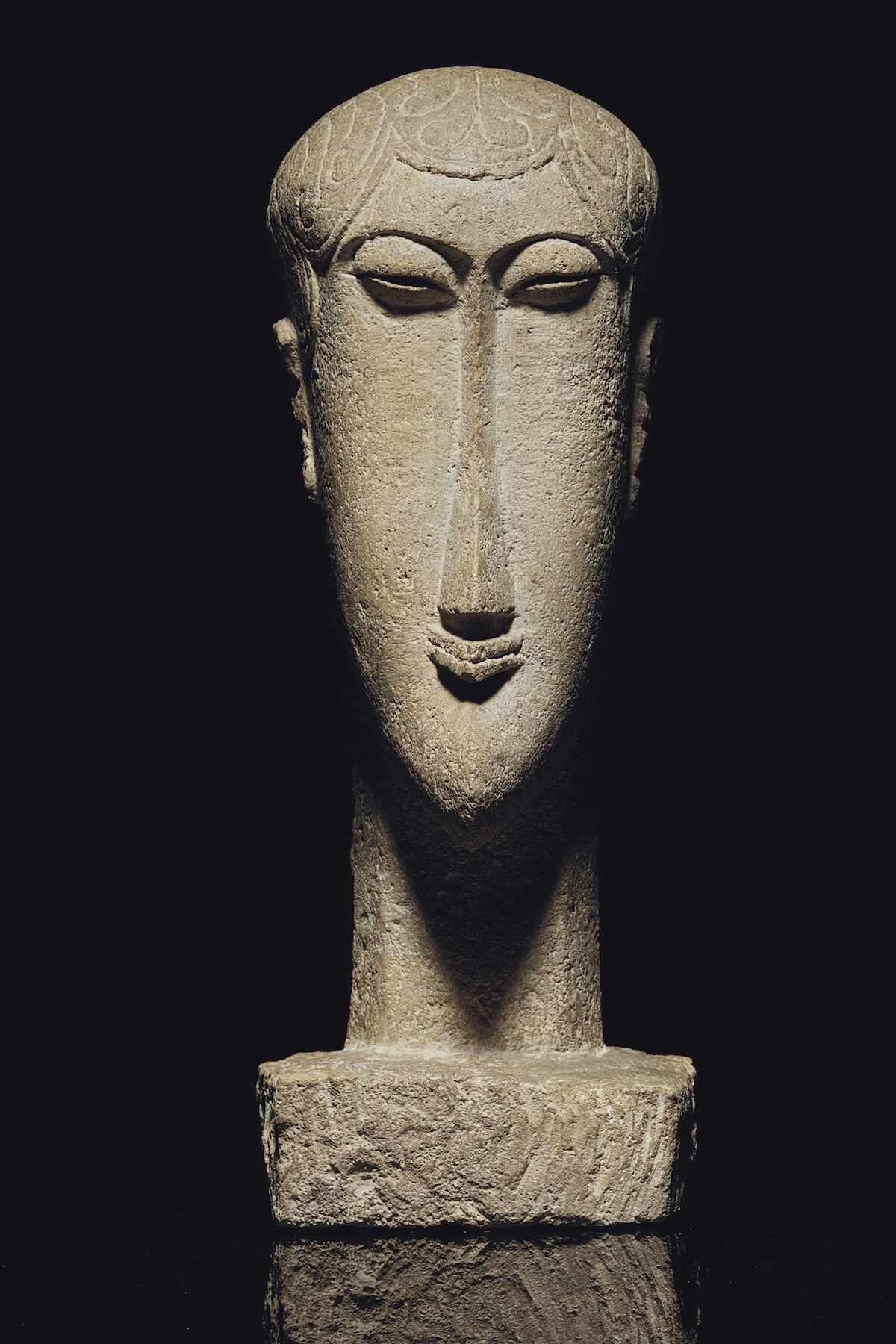 The billion-dollar giga-week of auctions in New York is less than a month away, but Christie’s still has a few last-minute megawatt consignments to boast of before the catalogues go to the printers. In a press release Thursday, the auction house announced that it would be offering the rare Amedeo Modigliani sculpture Tête (1911–12), one of the last carved-stone sculptures by the artist in private hands, during its Impressionist and Modern Art Evening auctions on May 13th.

Before the artist died at 35, he finished just 26 of these carved depictions of heads, and the string of works has come to define his entire sculptural output. Christie’s believes the limestone carving can sell for between $30 million and $40 million.

In a statement, Giovanna Bertazzoni, who is co-chairman of Impressionist and Modern Art at Christie’s, said:

This is a magical and alluring work by one of the most significant artists of the 20th century. Modigliani’s pure and daring shapes have always attracted the attention of international collectors whose collecting interests range from Old Masters, to Modernism and Contemporary art and Contemporary Art. This marks the first time that one of Modigliani’s highly sought-after carved heads has been offered at auction in five years. The last example was sold in 2014 for a very strong price*, offering a perfect illustration of the extraordinary demand around these sculptures, which are so rarely available.

Though he is best known for his paintings, Modigliani began focussing almost solely on sculpture in 1911. More than 100 years later, however, his paintings remain his most valuable works—particularly his nude portraits of women. In 2015, one such portrait of a reclining woman on a sofa sold at Christie’s for $170.4 million to the Chinese collector Liu Yiqian, and last year, another such portrait sold at Sotheby’s for $157.2 million.

And Tête is not expected to break a Modigliani record even for the medium. In 2014, another head sculpture made between 1911 and 1912 sold for $70.7 million at Sotheby’s New York.