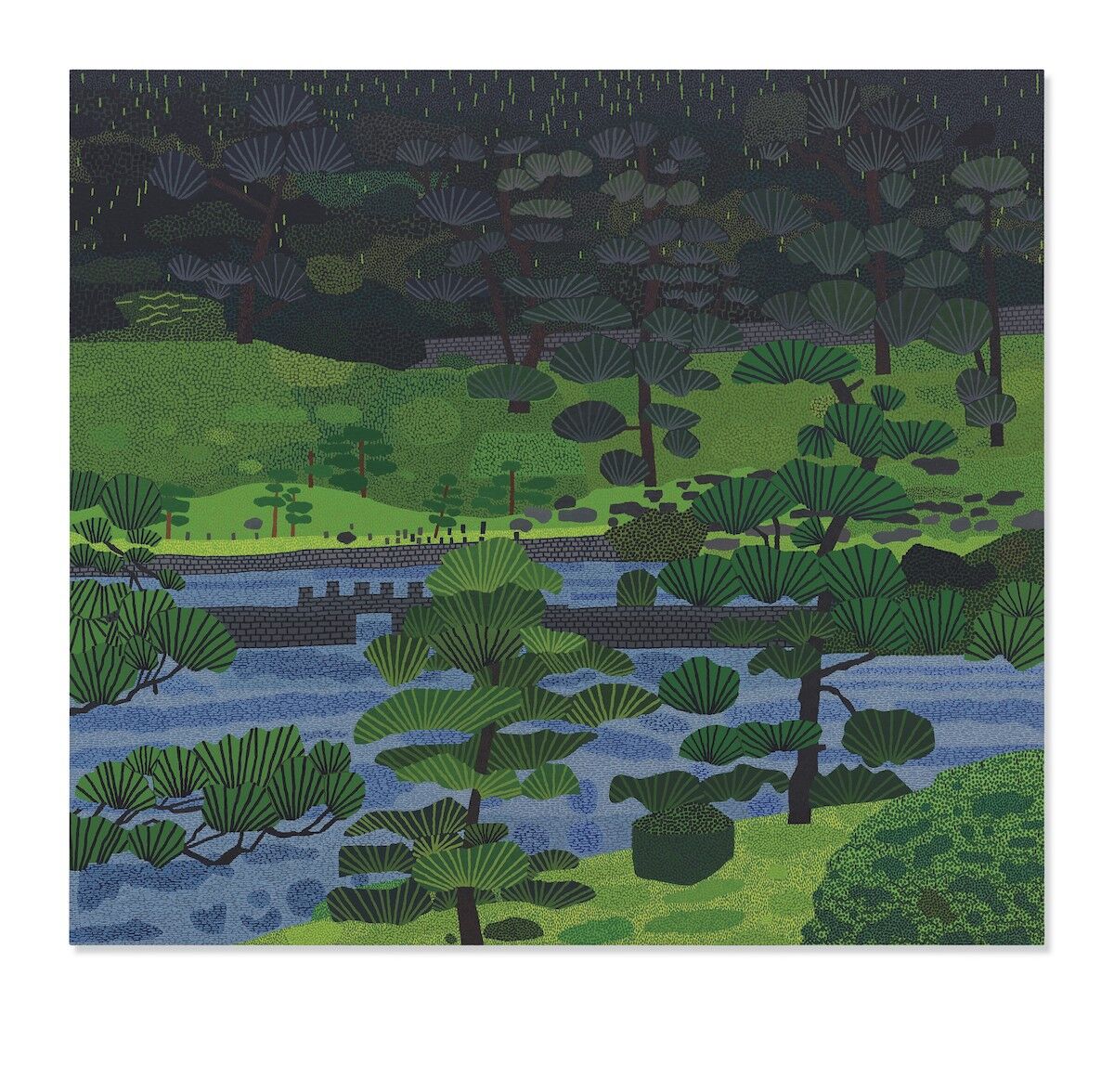 The Christie’s post-war and contemporary auction on May 15th is set to be one for the ages, with records for Jeff Koons and Robert Rauschenberg on the line, and the possibility that a Louise Bourgeois spider sculpture—estimated to sell for as much as $35 million—could overperform and make her the most expensive woman artist in history.

But the single work that will impact the largest swatch of the physical world, at least in the most literal sense, has to be Jonas Wood’s new painting Japanese Garden 3 (2019), estimated to sell for between $500,000 and $700,000 as the last lot in the sale. Its hammer price will be matched four times over by the Global Wildlife Conservation and Rainforest Trust, and the funds will be used to protect a portion of the South American rainforest spanning 600,000 acres—nearly twice the size of the sprawling city of Los Angeles.

The sale was organized through a partnership with Art to Acres, which was founded by artist and conservationist Haley Mellin. Last year, the organization raised $10 million through sales of artwork and matched funds, all of which has gone to fund land preservation. A previous collaboration with Christie’s during its post-war to present sale last year netted $1.8 million.

Vivian Brodie, the Christie’s specialist who helped oversee the collaboration, said in a statement:

This partnership represents a powerful new initiative to transform works of art into physical acres of protected tropical forest. The relationship between art and conservation does not get much more direct and tangible than this.

The funds will aid biodiversity in the large swath of the rainforest and help protect against climate change. And there’s good reason to believe the bidding will be pushed well above the high estimate. Wood’s auction sales topped $13 million in 2018, and he’s currently starring in solo shows at the Dallas Museum of Art and the cavernous Gagosian space on West 24th Street in Chelsea.