Christo, who made immensely ambitious artistic interventions in landscapes and cities, died at age 84. 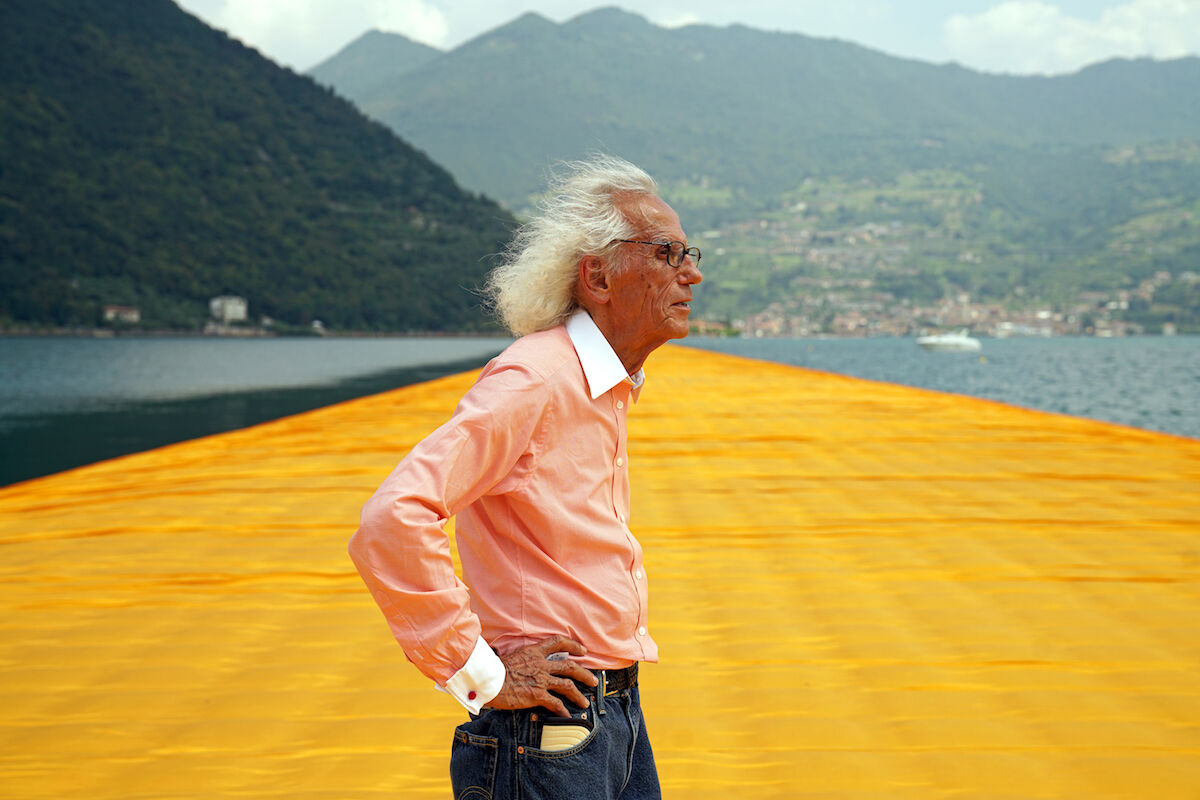 Christo at The Floating Piers, June 2016. Photo by Wolfgang Volz. Courtesy and © the artist.

Christo—the American-Bulgarian artist known for creating massive environmental installations with his late wife Jeanne-Claude—died at his home in New York City on May 31st at age 84. The artist’s death was confirmed by his office; a cause was not stated.
Christo’s projects with Jeanne-Claude and following her death in 2009 often took years, if not decades, to plan and execute. The nature of their work usually required approval from government officials, environmental groups, residents, judges, and hundreds of other workers.In at least one instance, their plans met with such sustained opposition that Christo had to abandon the project. 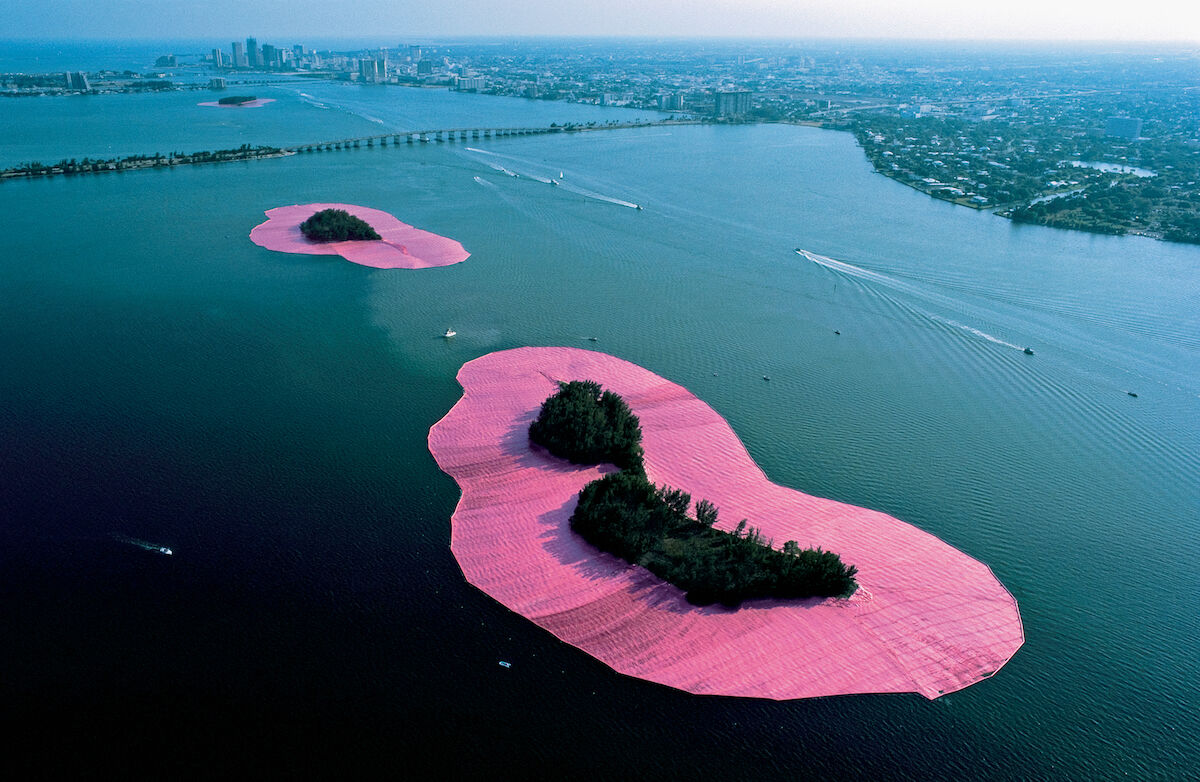 For me esthetics is everything involved in the process—the workers, the politics, the negotiations, the construction difficulty, the dealings with hundreds of people. The whole process becomes an esthetic—that’s what I’m interested in, discovering the process. I put myself in dialogue with other people.

Christo Vladimirov Javacheff was born in 1935, into a well-known family in Gabrovo, Bulgaria.He took art lessons as a child and later studied at the National Academy of Arts in the nation’s capital, Sofia, while the country was under Communist reign.He studied in Prague in 1956, but escaped to Vienna following tensions between the Soviet forces and the rebellion of the Hungarian people. In 1958, he settled in Paris, where he met Jeanne-Claude Denat de Guillebon, his future wife, and lifelong creative partner. 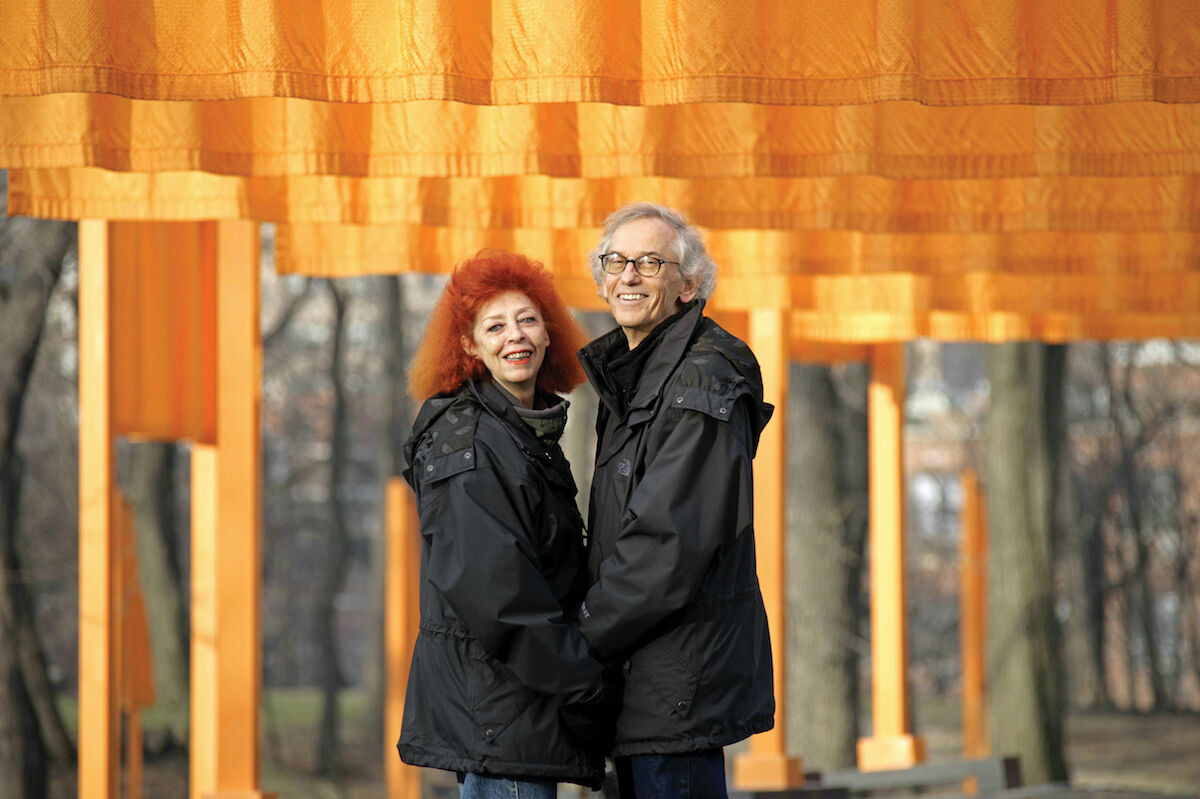 Christo and Jeanne-Claude at The Gates, February 2005. Photo by Wolfgang Volz. Courtesy and © the artists.

For more than five decades, Christo and Jeanne-Claude realized monumental works of art that involved sprawling landscapes and fabric. What began as the wrapping of objects and packages blossomed into a lasting commitment to reshaping the relationship between people and their environment. In 1995, they wrapped Berlin's historic Reichstag building, after some 20 years of planning and negotiation with six presidents. Their 2005 public art project, The Gates, filled Central Park with “gates” made of bright orange fabric for 16 days. 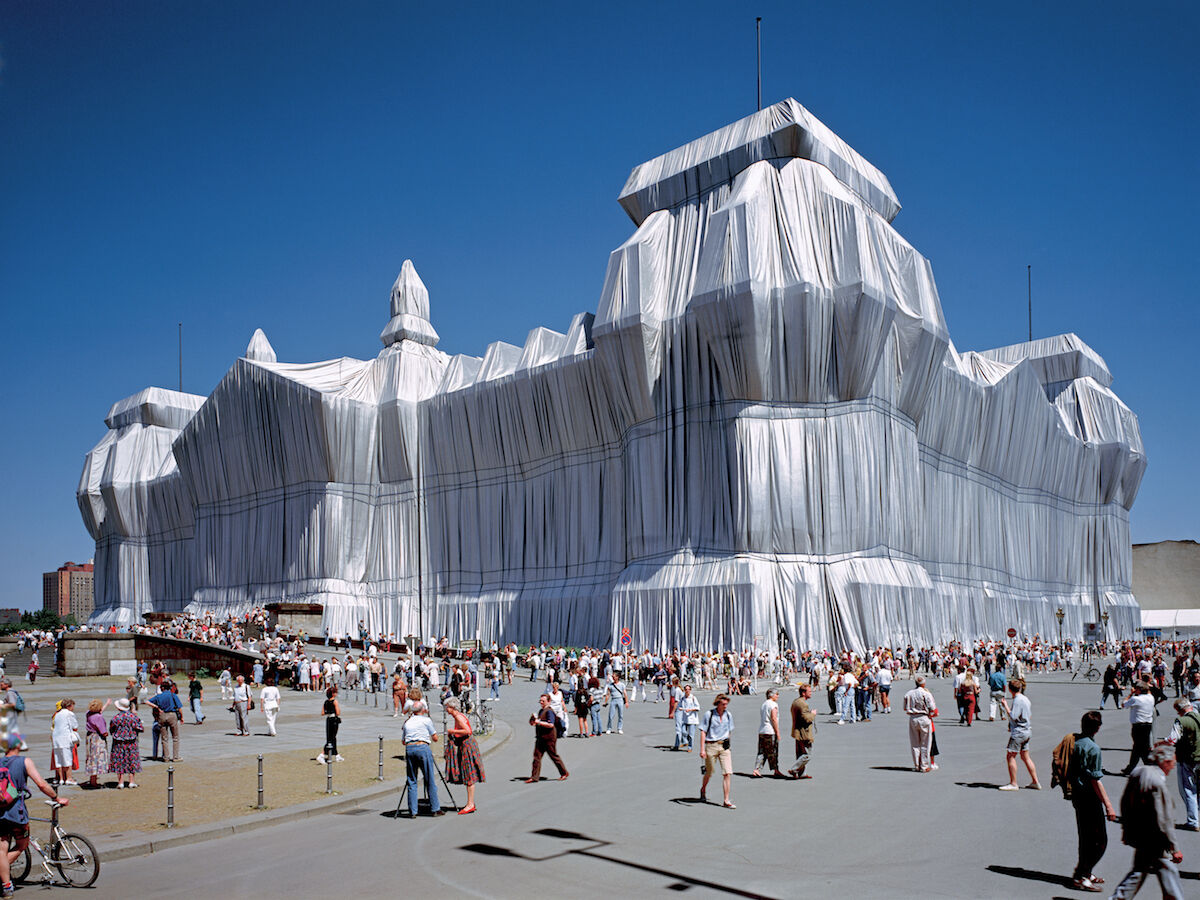 Michael R. Bloomberg, who was New York City’s mayor at the time of The Gates, said in a statement today:

Yesterday we lost one of the true visionary artists of our time, my friend Christo. Along with his partner Jeanne-Claude, Christo conceived of projects that seemed unimaginable, and together they redefined what’s possible. His public works brought so many people together to experience them, including The Gates in Central Park, which our administration strongly supported, helping Christo realize a vision he had conceived decades before. Christo inspired us with his brilliance and originality, and his works will continue to do so for decades to come.

After Jeanne-Claude passed away in 2009, Christo continued creating work that refused to be ignored. Christo was slated to create one of his most ambitious large-scale interventions next year: he planned to wrap Paris’s Arc de Triomphe in fabric. The long-awaited project was conceived by Christo and Jeanne-Claude in 1962 and will continue in 2021, according to the announcement of the artist’s death. 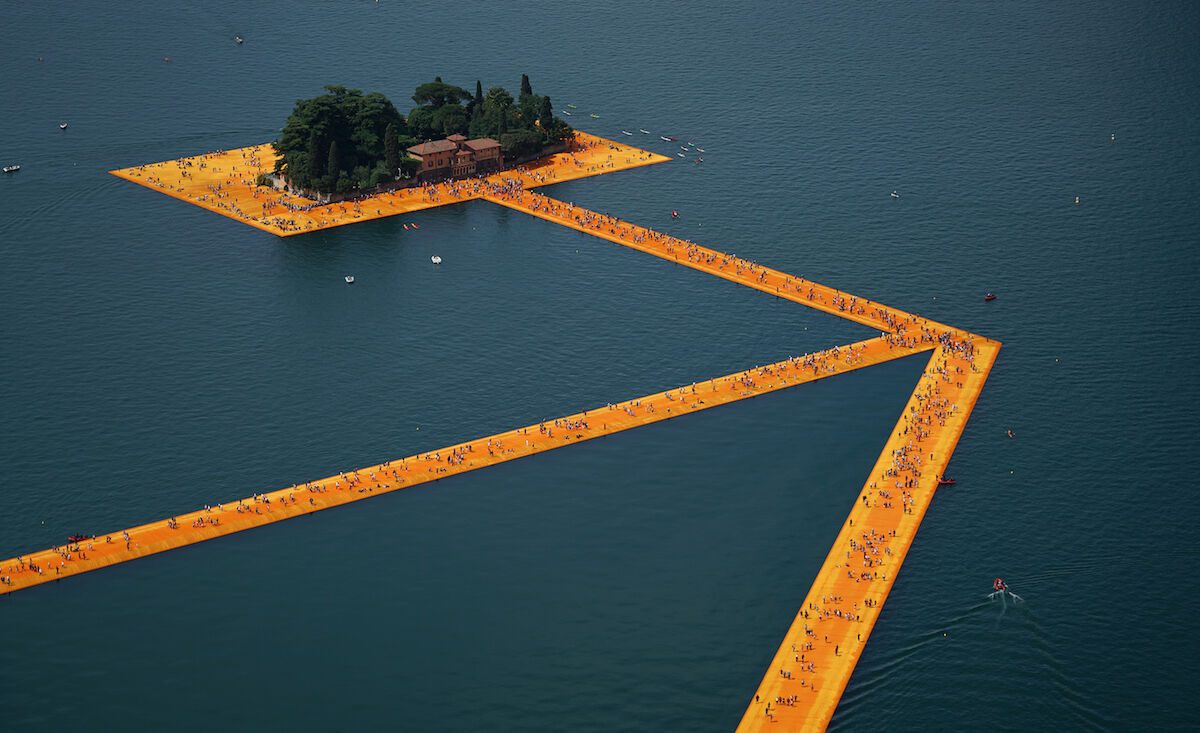 Describing his most recent large-scale environmental installation, The Floating Piers (2014–16)—which involved in a series of floating, shimmering yellow walkways stretching across Italy’s Lake Iseo—Christo described his unique approach to art:

The art is not just the pier or the color or the fabric, but is the lake and the mountains. The whole landscape is the work of art. It’s all about you having a personal relationship with it. You in it, experiencing it. Feeling it. I want you to walk across it barefoot. Very sexy.