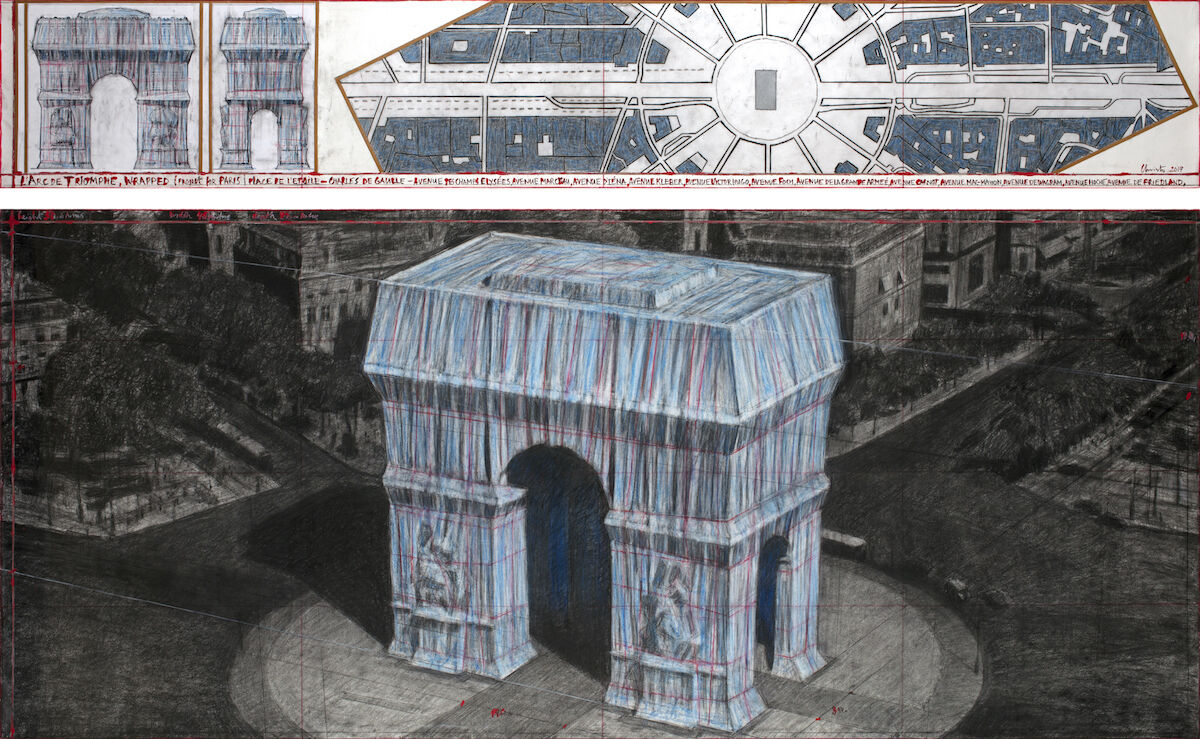 Christo will wrap Paris’s Arc de Triomphe in about 270,000 square feet of recyclable blue fabric next year. The monumental project will coincide with a major exhibition at the Centre Pompidou focused on the work done by Christo and his late wife Jeanne-Claude when they were living in Paris, the city where they met, from 1958 to 1964. The wrapping, which recently received the stamp of approval from both the Center for National Monuments and France’s government, will last 14 days, from April 6 to April 19, 2020. The spaces at the foot of and beneath the iconic arch, such as the Tomb of the Unknown Soldier, will remain open and accessible throughout.

Wrapping buildings and monuments in fabric—from Paris’s Pont Neuf to Berlin’s Reichstag—was a hallmark of Christo and Jeanne-Claude’s practice for years. Beginning in the early 1960s, when he was living nearby, Christo started creating small studies for a project to wrap the Arc de Triomphe, but the idea never moved further. But with the upcoming Pompidou show, Christo told the New York Times he was “eager to do something beyond the exhibition,” and the artist’s planned work involving one of the most iconic Parisian landmarks will finally be realized.

The project, formally titled l’Arc de Triomphe, Wrapped (Project for Paris, Place de l’Étoile-Charles de Gaulle) (2020), will be entirely funded through the sale of his collages, sketches, scale models, and studies for the project, receiving no public or private funding. 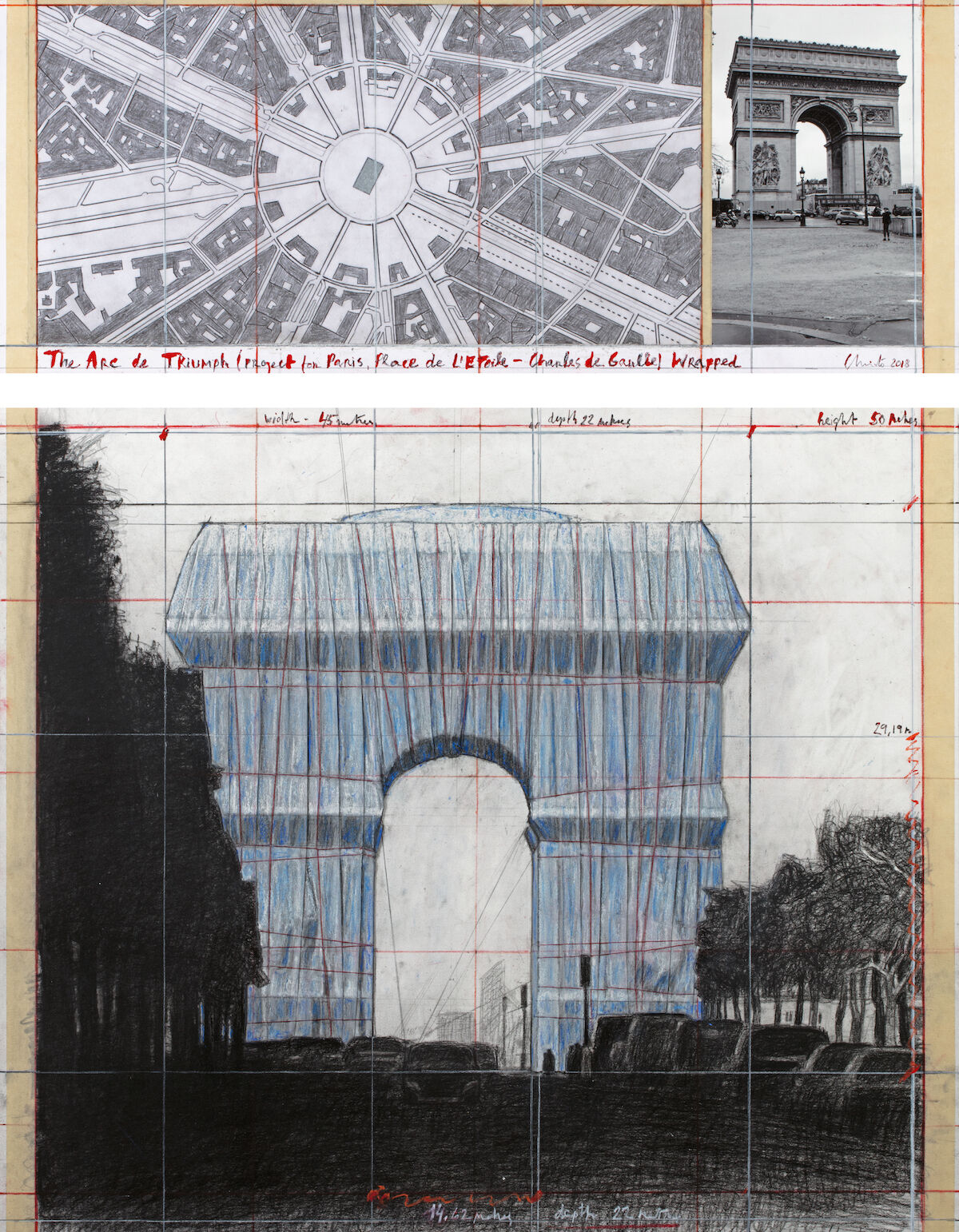