Climate activists occupied the British Museum in protest of its sponsorship agreement with BP. 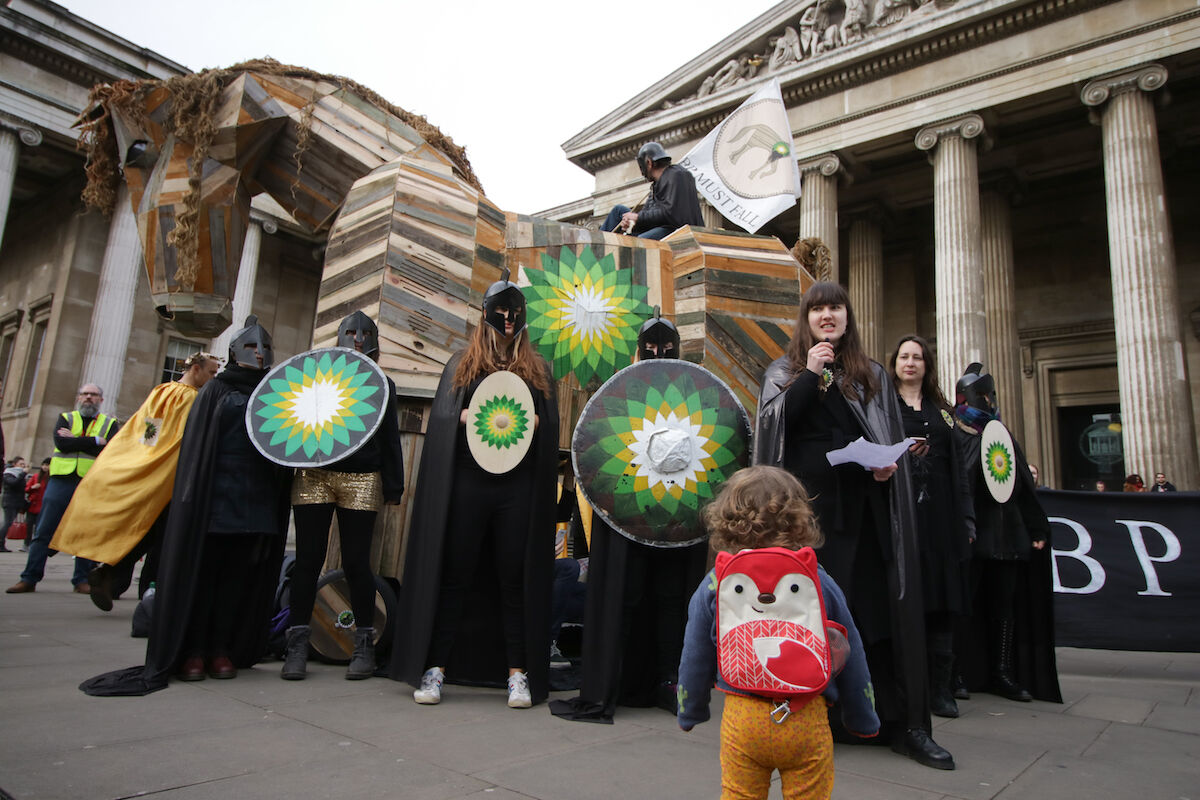 Climate activists ended their mass occupation of the British Museum Sunday morning after spending more than two days calling for an end to the London museum’s partnership with BP, which has been a sponsor for over 20 years.

The 51-hour occupation marked the 40th protest at the British Museum in 8 years organized by the activist group BP or not BP?, who called it the “largest protest in the history of the museum,” and estimated participants to number around 1,500, although that number is disputed by the museum, which placed estimates in the “high hundreds.”

The protest kicked off Friday morning when activists stationed a 13-foot-tall, BP-branded Trojan Horse in the British Museum’s courtyard. The protest was in response to the oil company’s sponsorship of the exhibition “Troy: Myth and Reality,” which opened last November. As night fell, the protest shifted gears, with two activists staying overnight in the wooden horse while the words “BP Must Fall” were projected onto the museum itself. 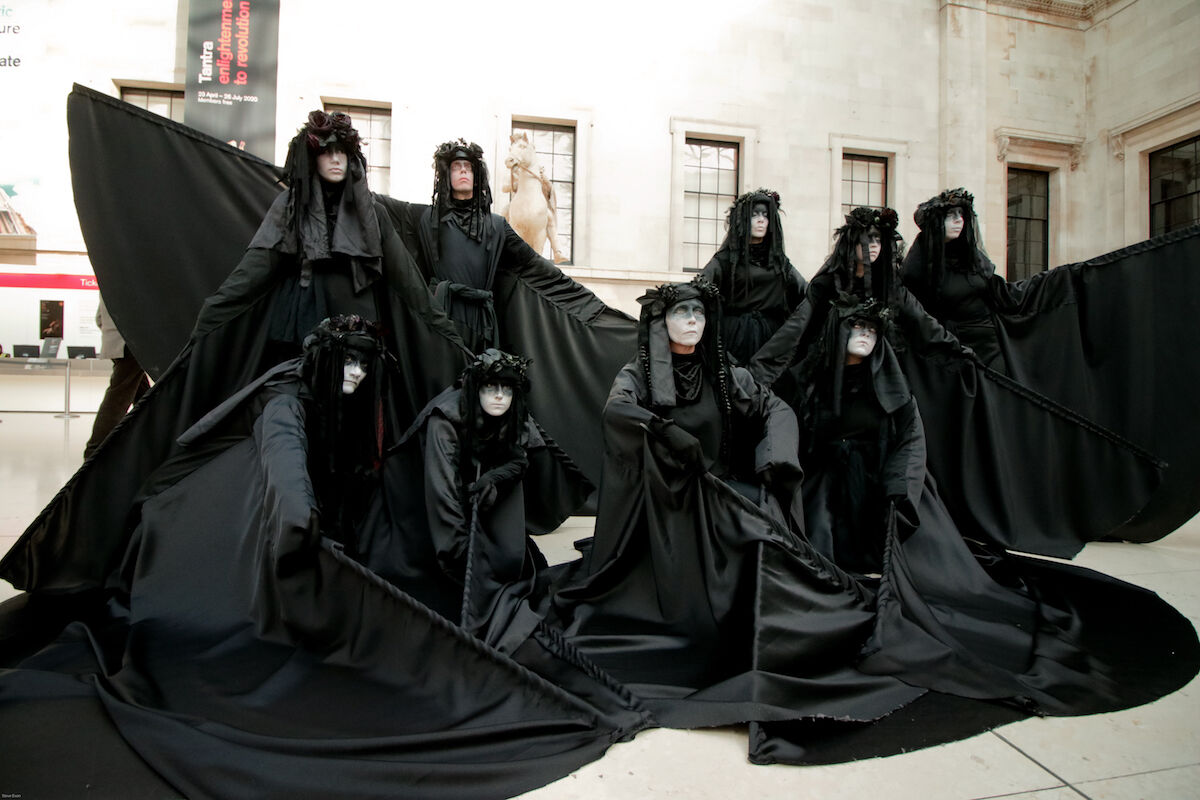 Sarah Horne, a member of BP or not BP?, explained the meaning of the protest in a press statement quoted by Hyperallergic:

Like the legendary Trojan Horse, BP’s sponsorship is not a gift but a cynical way to hide something far more sinister and destructive. And today, we’ll be exposing the true reality of BP’s climate-crashing business, from its unending investment in fossil fuels that we can’t ever afford to burn to its close partnerships with repressive regimes.

This is not the first time BP has come under fire for its arts sponsorship. In 2017, the company cut ties with Tate following years of protests at Tate Modern and Tate Britain, while the Royal Shakespeare Company announced last summer that it would no longer accept BP sponsorship for its £5 ticket program. 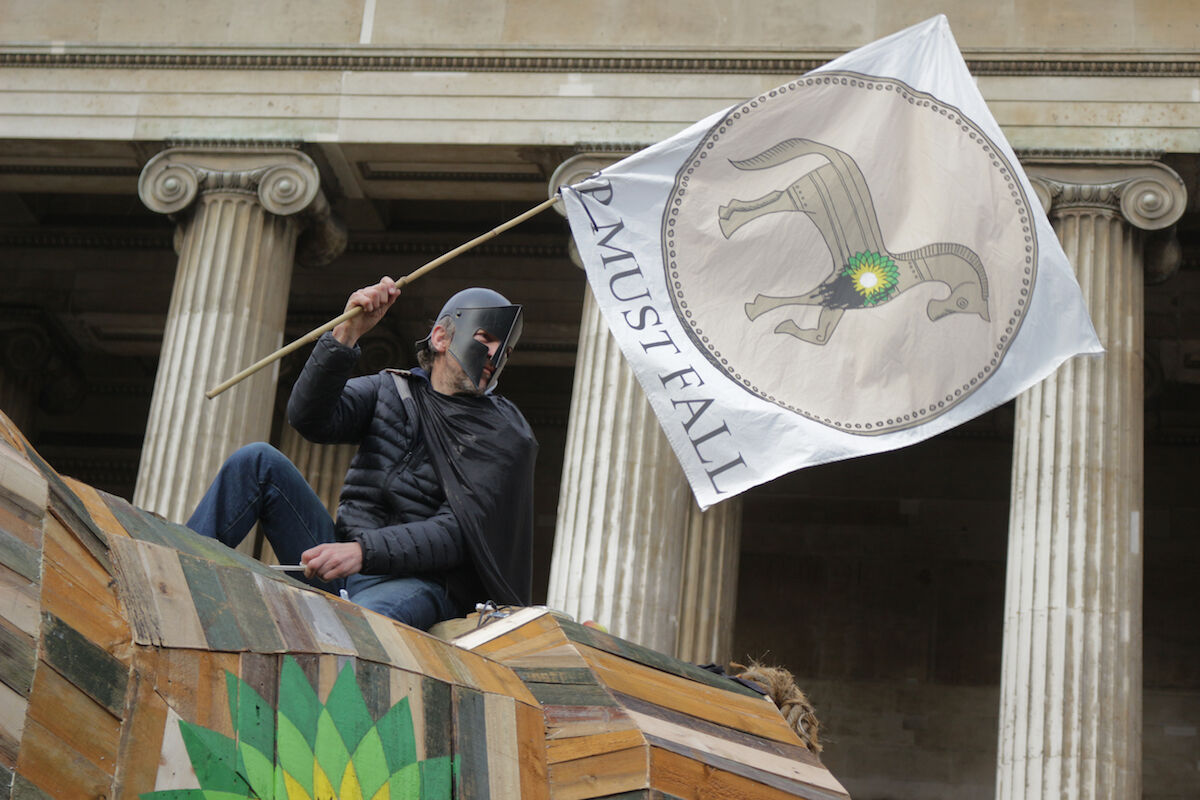 The protests at the British Museum continued throughout the weekend, with activists staying in the museum’s courtyard both nights. Before they departed Sunday morning, participants created a sculpture titled Monument, made up of casts of their own body parts.

The British Museum has rejected the protesters’ demands. In a statement quoted by The Art Newspaper, its director Hartwig Fischer said:

The British Museum offers for millions of people an extraordinary opportunity to engage with the cultures and histories of humankind. Without external support and sponsorship this would not be possible. Removing this opportunity from the public is not a contribution to solving the climate crisis.”