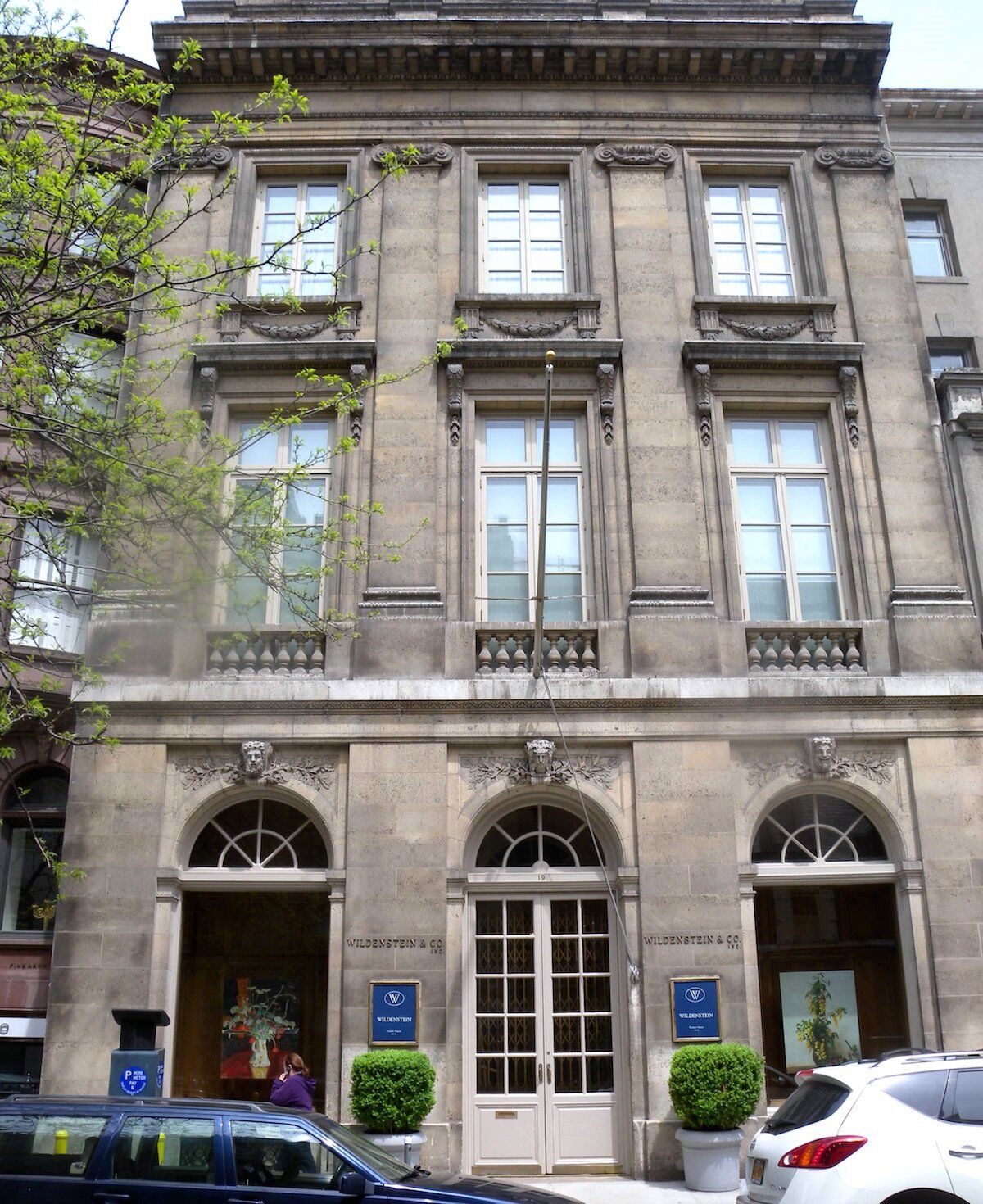 The former Manhattan headquarters of Wildenstein & Co. Photo by Jim.henderson, via Wikimedia Commons.

A lawsuit was filed Tuesday in the U.S. District Court for the Southern District of New York by the trust of an art collector alleging that Wildenstein & Co., the legendary Upper East Side gallery that for decades was a global Impressionist and Modern powerhouse, sold the late collector a fake painting by Pierre Bonnard it passed off as authentic in 1985. The purchase price at the time was $275,000, and the plaintiff is asking for that sum, plus $50,000 spent out-of-pocket to get the work authenticated.

The lawsuit notes that one of the trustees of the trust listed as the plaintiff is Neil W. Wallace, who alongside his brother Monte Wallace sold a $100-million trove of work—including paintings by Claude Monet, Vincent van Gogh, and Paul Cézanne—through Christie’s London this past February.

In the Bloomberg story that announced that the Wallace brothers—who are benefactors of Princeton University—were the sellers, it was noted that “much of the art was acquired between the mid-1980s and early ’90s from leading galleries such as Wildenstein and Acquavella, according to the auction catalog.”

The suit details a deception that involves Wildenstein passing itself off as one of the world’s foremost Bonnard marketplaces, and detailing a provenance for the circa 1930 work that included past owners such as the coat manufacturer and art collector Morris W. Haft and the stockbroker and horse breeder Ogden Phipps. But when the plaintiff asked Guy-Patrice Dauberville, the son of a co-author of Bonnard’s 1974 catalogue rasisonné, to authenticate the work in October 2018—presumably ahead of the massive estate consignment to Christie’s—Dauberville “refused to authenticate the painting” (as he had done in 1974). He deemed it to be a fake, leading to the suit.

In addition to the purchase price paid and the additional expenses, the plaintiff is asking Wildenstein—which was withered by money laundering and tax evasion investigations in the early 2010s—for the statutory tax rate, as well as attorney’s fees and other reimbursements. Wildenstein has not publicly responded to the suit.