The company that commissioned “Fearless Girl” is suing its creator. 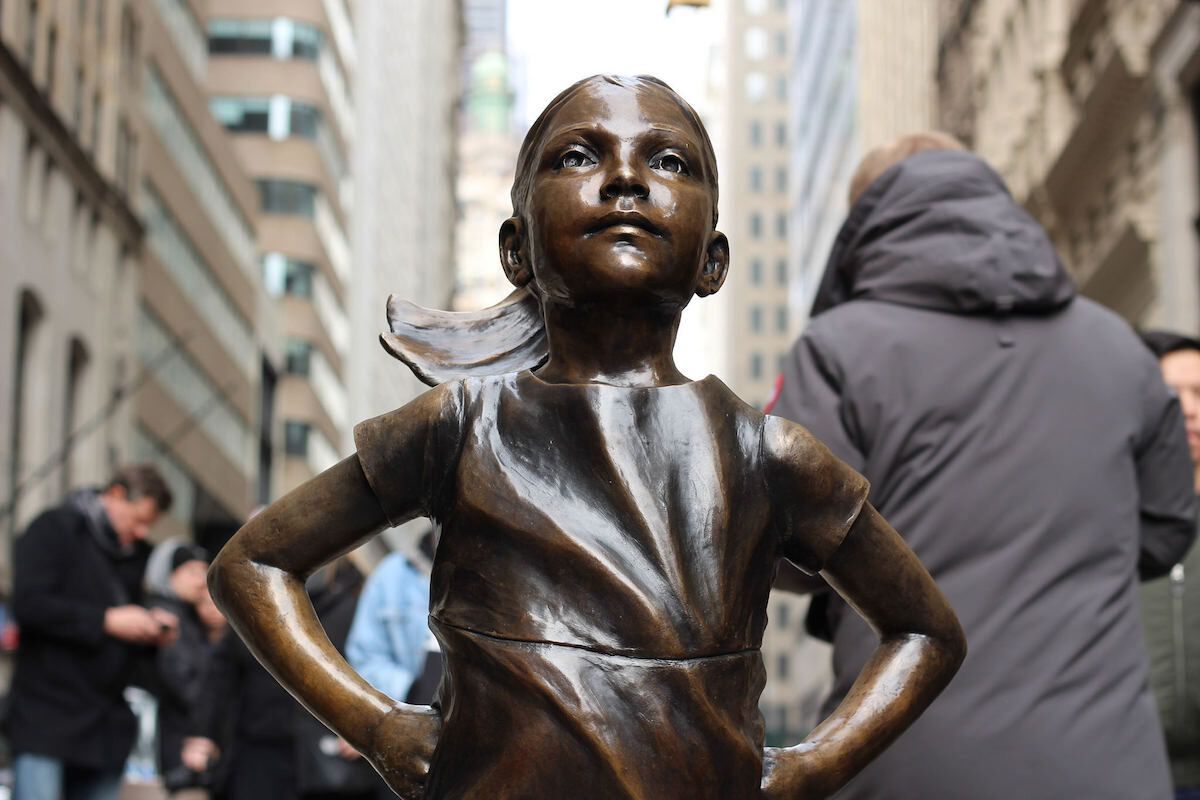 The investment firm that commissioned Lower Manhattan’s famous Fearless Girl (2017) statue is suing the artist who made it for breach of contract and copyright infringement. According to court filings dated February 14th, investment firm State Street Global Advisors (SSGA) is claiming that the sculptor, Kristen Visbal, is “weakening and adulterating the 'Fearless Girl' message" by selling copies of the statue. The firm alleges that the artist has made at least three unauthorized reproductions of the statue so far: one for an Australian law firm, one for the owner of the Grand Hotel in Oslo, and a third that Visbal brought to this year’s Women’s March in Los Angeles.

SSGA has poured its ‘heart and soul’ into Fearless Girl and the important ideas it represents. The delivery of Visbal's replica into the hands of unauthorized buyers will cause substantial and irreparable harm to Fearless Girl and her message, as well as SSGA, its reputation and its rights.

Last year, Hyperallergic reported that anyone could take a Fearless Girl home because Visbal “is selling two-foot-tall copies of the ponytailed girl, who stands with arms on her hips, for $6,500 each.” According to the sculpture’s official site, these reproductions—created in a limited run of 1,000, based on a 3D scan of the original, and produced through the lost-wax casting process—are still going strong.

Both parties involved have been on the wrong end at least one lawsuit in the past. In 2017, SSGA agreed to pay $5 million to more than 300 female and 15 black employees who were paid less than their white, male counterparts. Earlier this year, Visbal was sued by the U.S. Coast Guard Academy Alumni Association when she failed to produce a $28,000 sculpture of Alexander Hamilton that she had promised. The association terminated its agreement and is demanding a refund in addition to other fees.