Damien Hirst has laid off 50 staff members as he restructures his studio and businesses. 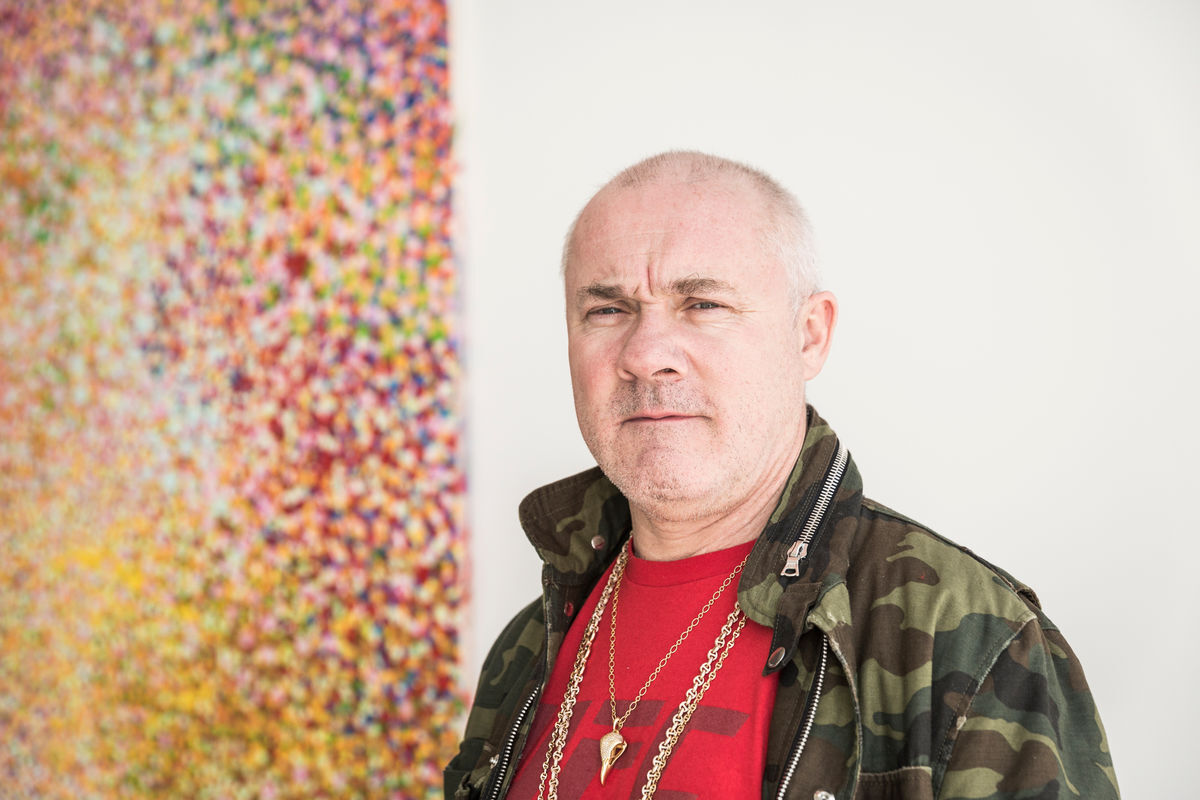 Portrait of Damien Hirst at Gagosian, Los Angeles by Emily Berl for Artsy.

Damien Hirst is scaling back parts of his business in order to “focus on his art,” a spokesperson for his company, Science (UK) Ltd, told The Art Newspaper. The artist has laid off 50 members of his staff, primarily those working in IT and finance, but also some from his studios in London and Gloucester. He is also planning to open a new studio next year on Beak Street in central London, after refurbishing the building, which he bought for around £40 million ($52.1 million).

“These changes are not driven by a need to reduce costs but by his desire to cut the corporate elements of the business to get back to a simpler way of working,” the spokesperson told TAN.

As part of the restructuring, Hirst also recently announced the closure of his restaurant, the Quay, in the coastal town of Ilfracombe. Last year, the town’s branch of his gallery, Other Criteria, closed. He plans to sell off or rent the properties he owns in Ilfracombe, and has abandoned previous plans for a large-scale, eco-friendly housing development on its outskirts. His most conspicuous contribution to the town, however—Verity, the 66-foot-tall sculpture of a nude, sword-brandishing pregnant female figure with half its skin cut away in the style of an anatomical diagram—remains on long-term loan to the North Devon Council.

News of Hirst’s refocusing of operations comes 10 years after his infamous “Beautiful Inside My Head Forever” sale, which coincided with the onset of the subprime mortgage crisis and grossed $200.75 million.