Damien Hirst’s 60-foot-tall bronze statue was unveiled at the Palms in Las Vegas. 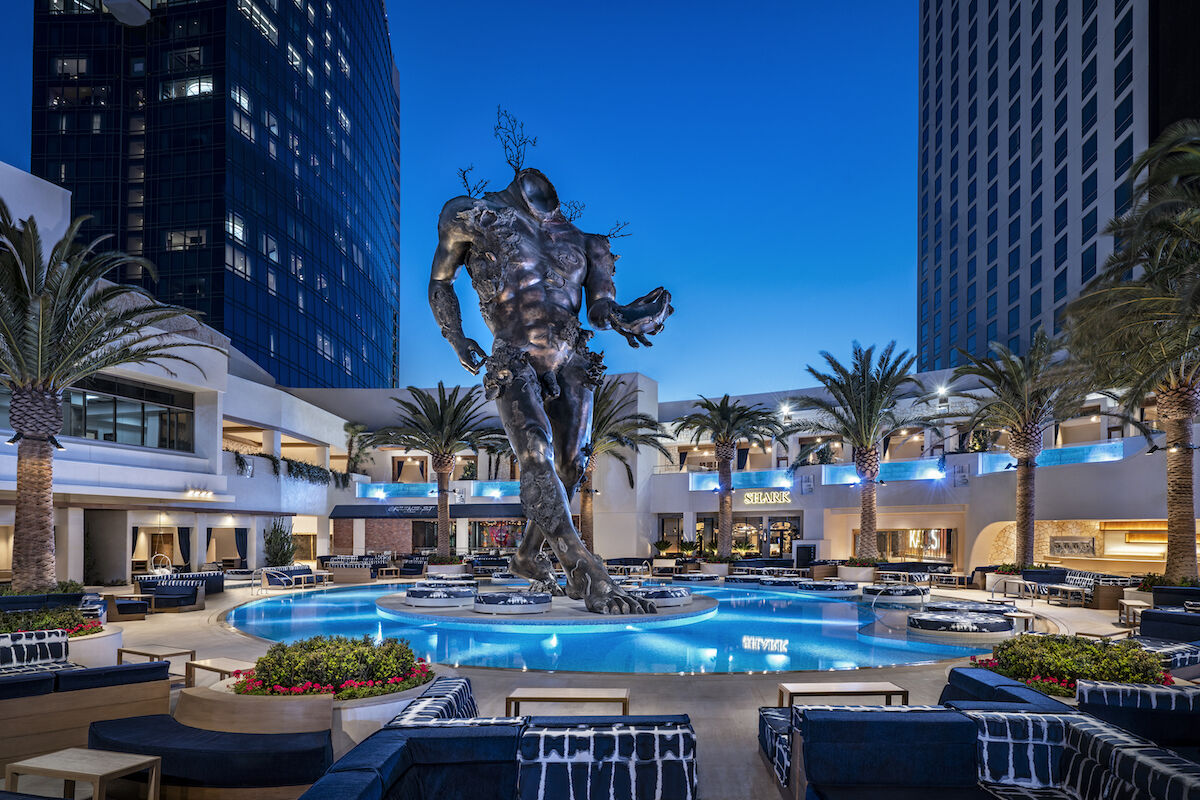 The wait is over. Three months ago, the Palms Casino Resort in Las Vegas announced that it had acquired Damien Hirst’s Demon with Bowl (2014), the colossal statue that was first seen in Venice during the artist’s 2017 blockbuster “Treasures From the Wreck of the Unbelievable.” The show opened across collector Francois Pinault’s two spaces in the floating city, the Palazzo Grassi and the Punta della Dogana, and the buzz threatened to overshadow the Venice Biennale itself.

Now, Demon with Bowl is back on public view in a very different kind of city. Las Vegas may not be the Queen of the Adriatic (though it does have a resort called The Venetian), but Hirst’s statue has found a watery locale at the Palms, towering above that hotel’s dayclub, which is called KAOS, and contains, per a press release, “the highest number of pools of any resort in North America.” And in case the gigantic headless naked bronze demon doesn’t do it for you, there’s a second Hirst sculpture from the Venice show at KAOS, The Warrior and the Bear (2015), installed alongside the pool. 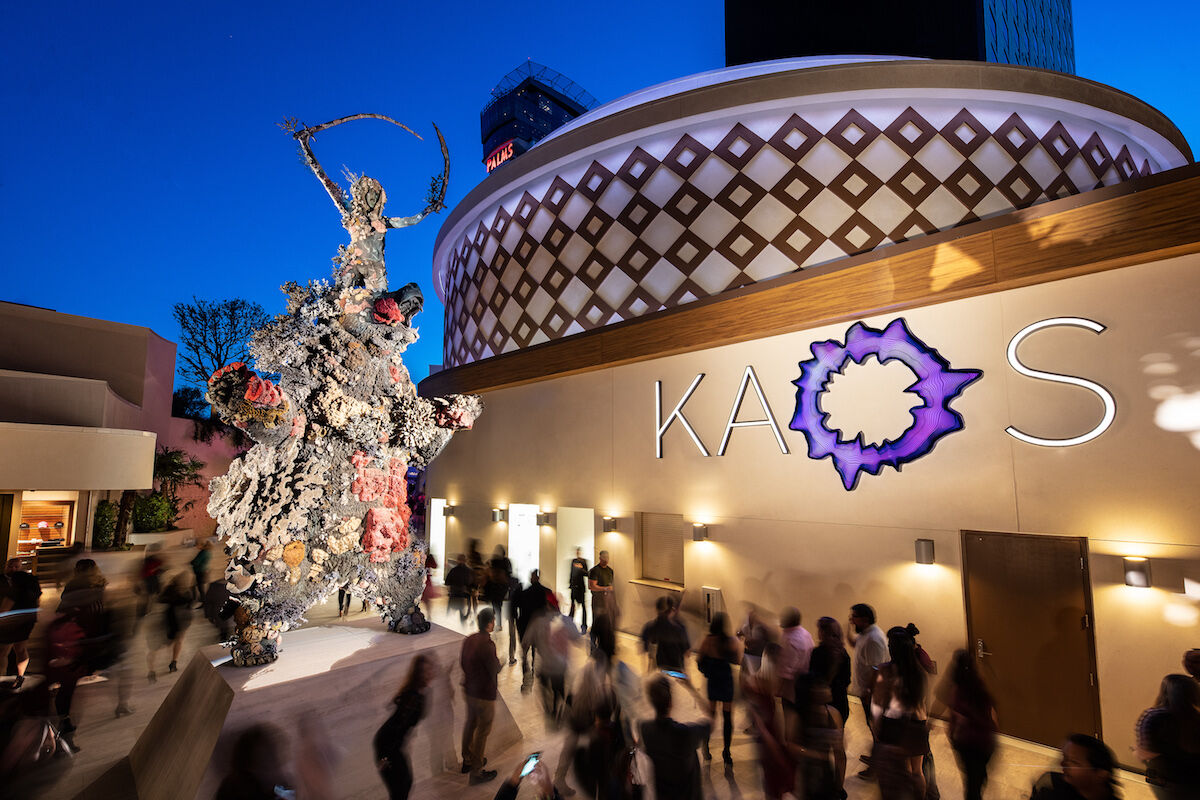 Damien Hirst, The Warrior and the Bear (2015), at the KAOS dayclub. Photo courtesy the Palms Casino Resort.

It’s all part of the biggest Las Vegas hotel renovation in history, which cost $690 million, and includes a two-story hotel suite that is a Hirst in and of itself, and contains works from across his oeuvre. There are medicine cabinets, sharks in formaldehyde, butterflies, and all the other trademark Hirst highlights. It will cost you $200,000 for a weekend, which, as a story in Artsy noted, is more than the cost of tuition at an Ivy League university. And for a cool $1 million, visitors to KAOS will be treated to a deluxe Hirst experience, including three nights in the artist’s “Empathy Suite” penthouse, 200 bottles of Dom Perignon, a private tour of the Palms champagne vault, and more.

Further Reading: Damien Hirst Designed the World’s Most Expensive Hotel Suite—and It Might Be His Masterpiece