Damien Hirst’s giant sculpture of a fetus was unveiled outside a Qatari hospital. 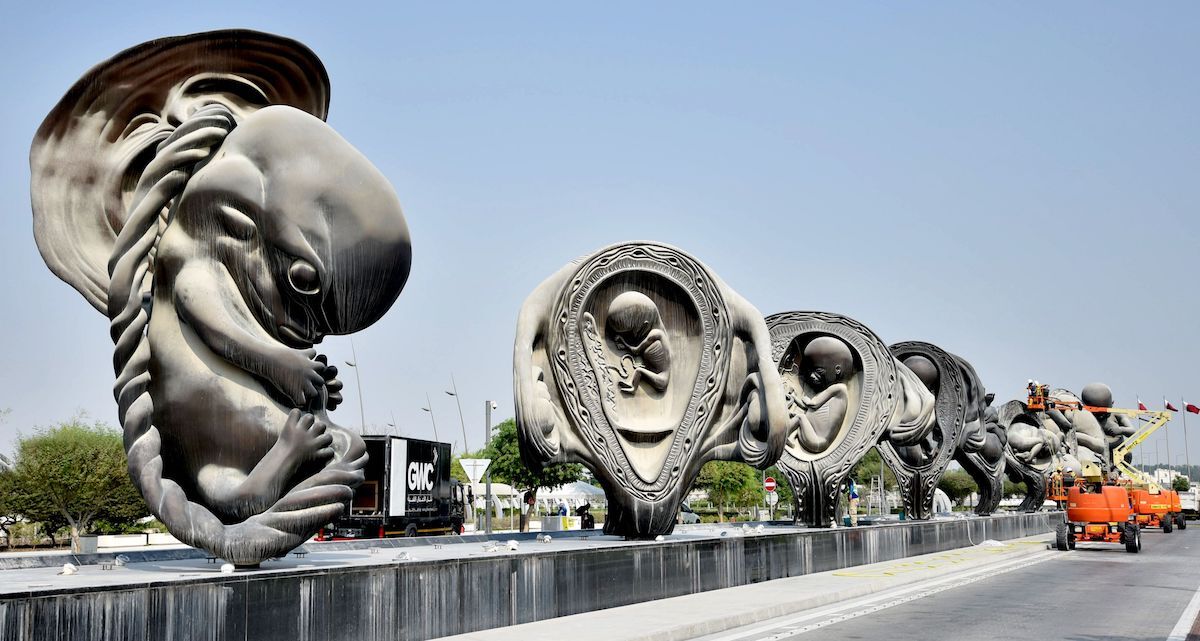 Workers operate on The Miraculous Journey by Damien Hirst outside the Sidra Medical and Research Center. Photo by Stringer/AFP/Getty Images.

“[C]ulturally, it’s the first naked sculpture in the Middle East,” Damien Hirst said of his 216-ton installation outside Qatar’s Sidra Medical and Research Center. Whether this statement is true or not, the 14 sculptures that make up The Miraculous Journey (2005–13) are slated to cause controversy.

Originally unveiled in 2013, the monumental bronze works follow an embryo’s development from sperm to fetus to birthed baby boy. With the official opening this week of the hospital’s art collection, the sculptures—which had been covered for more than five years—have re-emerged into the public eye.

At the time, Sheikha Al Mayassa bint Hamad bin Khalifa Al-Thani, the chairwoman of the Qatar Museums Authority who commissioned the work for a reported price tag of $20 million, defended her decision following social media outcry.

“To have something like this is less daring than having a lot of nudity,” she told The New York Times. “There is a verse in the Koran about the miracle of birth. It is not against our culture or our religion.”

Layla Ibrahim Bacha, an art specialist at the government-supported Qatar Foundation, said not everyone is going to like the sculptures, but that’s the point.

“We are not expecting everyone to understand them,” she told the Guardian. “This is why they are there to actually create this element of debate, this element of thinking.”