A Danish court ruled that a Tal R painting can’t be cut up into watch faces. 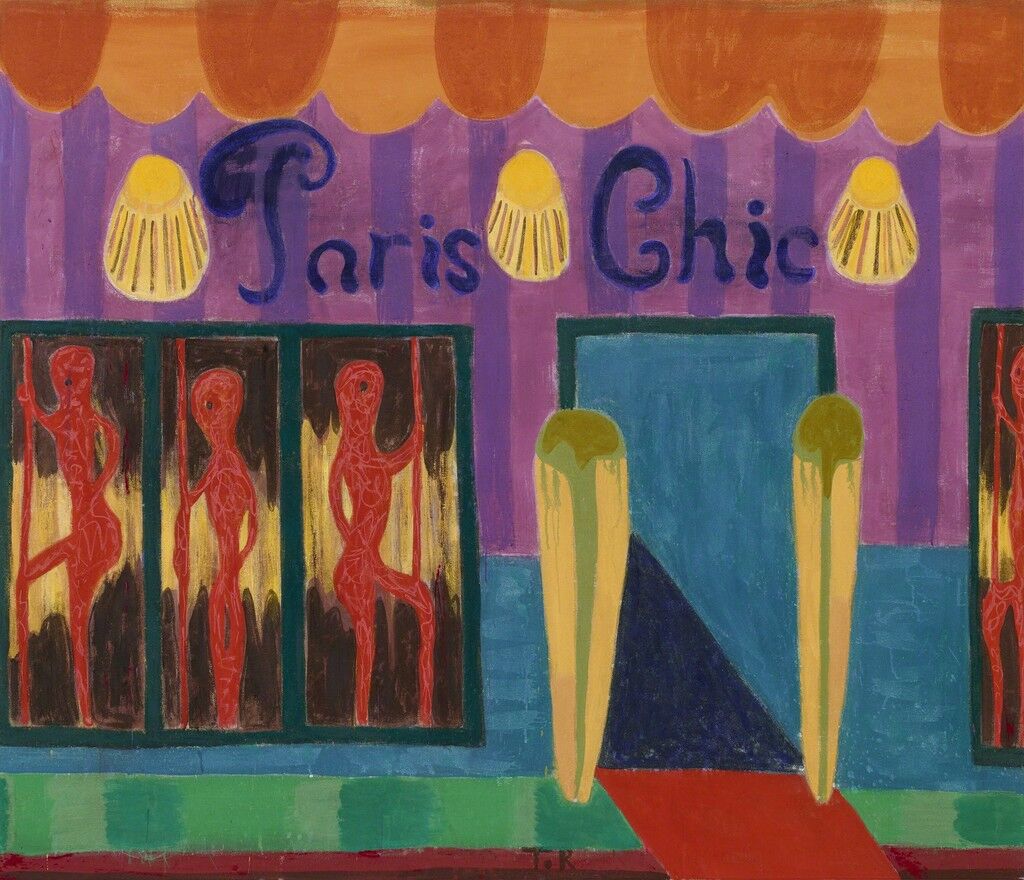 A painting by Tal R, an Israel-born and Denmark-based artist known for his stylized and color-saturated compositions, cannot be cut up to make into watch faces, a Danish court has ruled. The decision has halted a scheme by Dann Thorleifsson and Arne Leivsgard, a pair of Faroe Islands watchmakers who had bought Tal R’s 2017 painting Paris Chic for £70,000 ($90,000) with the intention of cutting it into between 200 and 300 faces for a line of designer watches priced to sell for upwards of 10,000 Danish kroner ($1,470) apiece.

The maritime and commercial court in Copenhagen ruled that the watch project involved modifying the 52-year-old artist’s work without his permission, thereby breaching copyright law. Thorleifsson and Leivsgard were ordered to pay 31,550 Danish kroner ($4,600) in legal fees. According to The Guardian, they are still weighing whether to appeal, seek a settlement, or push for a full court case.

Lawyers for the pair had argued the case was not copyright infringement because what they had planned effectively amounted to destroying Tal R’s work, rather than modifying it. The artist’s attorneys countered that the watchmakers’ plan rested in part on marketing the watches as fragments of a Tal R painting (Paris Chic depicts what appears to be the exterior of an exotic dance club in bold hues of purple, orange, red, and teal). A screenshot from Thorleifsson and Leivsgard’s website presented to the court showed someone had bid 41,000 Danish kroner ($6,000) to have the first pick of a section of the painting.

We needed an artist that was esteemed by experts because we also needed to get a reaction. [. . .] If we just took a $100 canvas, no one would really care. It needed to be a true masterpiece.

He acknowledges that whoever purchases one of his works would be at liberty to sell it on or even destroy the work. [. . .] But what he is not obliged to accept is for someone to alter the work and then reintroduce it to the public domain, and particularly not for commercial reasons.

Further Reading: If You Buy an Artwork, Can You Legally Eat It?