Research dating a wooden sculpture back 11,500 years is a breakthrough in the study of ritual art. 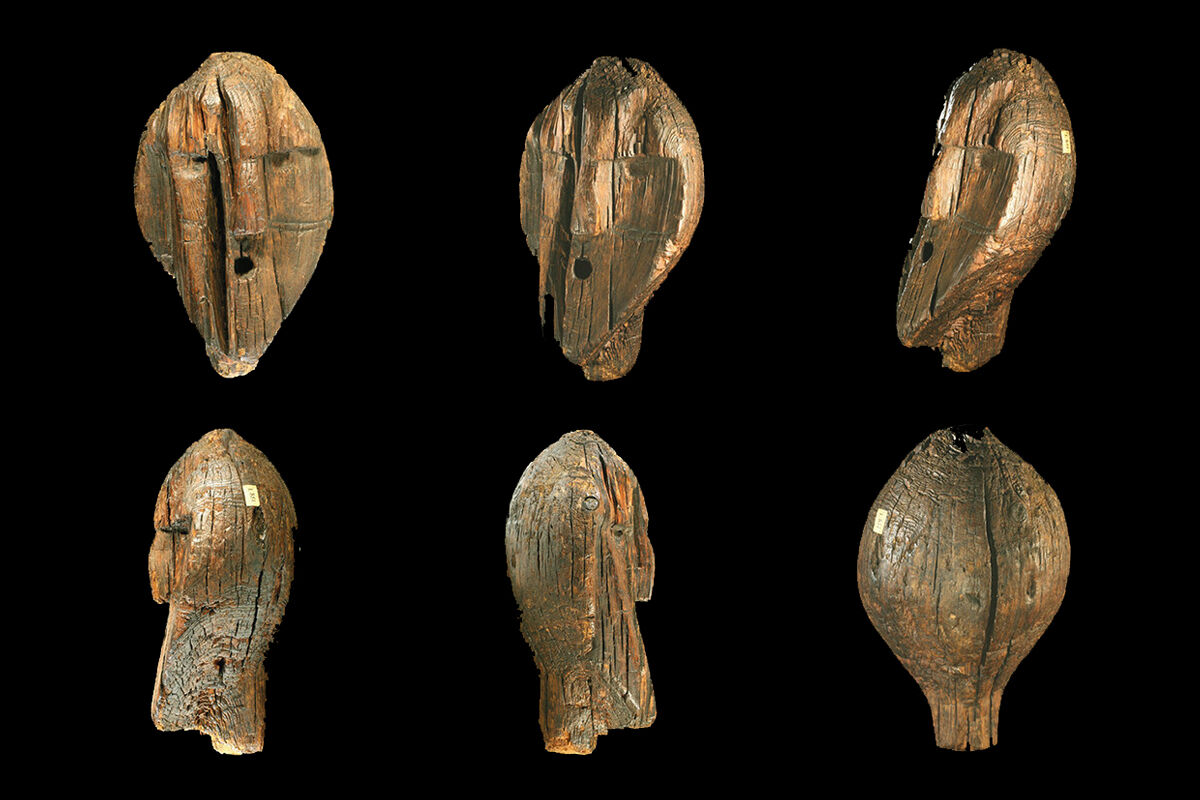 The Shigir Idol was first unearthed in the Ural mountains in 1894 as ten fragmented pieces of wood preserved by peat bog, and radiocarbon dating in 1990 placed the age of the object at roughly 9,800 years old. But even that struck experts at the time as fanciful, notes The Guardian’s science editor Robin McKie. Skeptics believed the monumental sculpture had to be much younger because it displayed a complex representation of human faces and hands carved into a single large piece of wood, thought to be beyond the reach of the hunter gatherer societies at the time. Unlike other ancient works, it was not based on something found in nature.

But research using modern dating techniques published in the journal Antiquity has found the sculpture is actually 11,500 years old, making it the earliest known work of ritual art. The finding indicates that hunter-gatherers were capable of complex artistic creations of subjects beyond the literal natural world, and that such work didn’t begin with agrarian farming societies.

“We have to accept that hunter-gatherers had complex rituals and were capable of very sophisticated expression of ideas and art,” Göttingen University professor Thomas Terberger, one of the authors of the study dating the sculpture, told The Guardian. “These things didn’t start with farmers, they began with hunter-gatherers much earlier.”