David Hockney was rescued from an Amsterdam elevator after it got stuck. 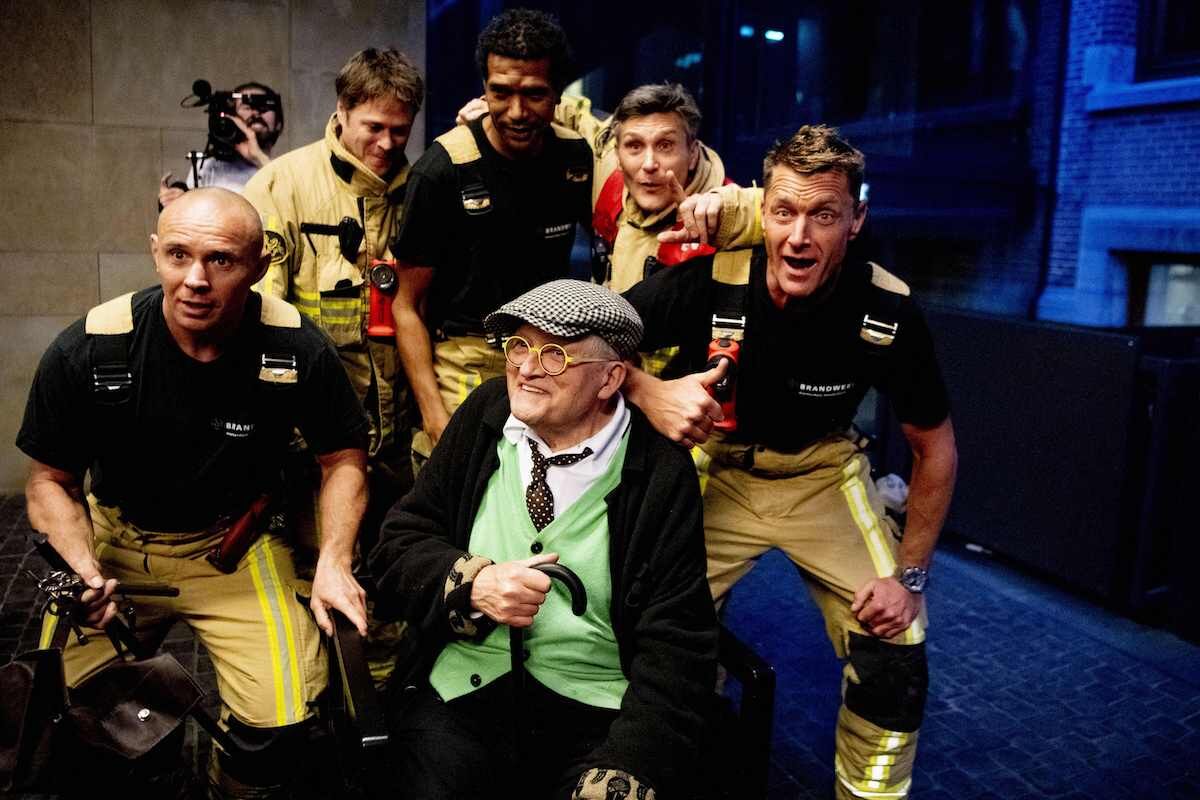 British artist David Hockney poses with his firemen after being freed from an elevator at an Amsterdam hotel on February 27, 2019. Photo by Robin Utrecht/AFP/Getty Images.

The beloved octogenarian painter David Hockney was stepping out of his Amsterdam hotel for a cigarette and a brief interview on Wednesday—the 81-year-old remains both a prolific painter and a prolific smoker—when the elevator car he was sharing with a New York Times reporter, a cameraman, and a few others jerked to a halt. Soon enough, shouts were heard from outside and the door was pried open a few inches, enough that water bottles were passed through and eventually Geordie Greig, editor of The Daily Mail, slipped a folding chair through the doors for Hockney.

After about 30 minutes, the doors were pried open by firefighters who’d arrived on the scene. Applause rang out as the passengers left the elevator and before long the interview commenced, but not before Hockney, cigarette in hand, cheerfully posed for pictures and shook hands with the firemen. The most expensive living artist was in Amsterdam for the opening of the exhibition “Hockney - Van Gogh: The Joy of Nature” at the Van Gogh Museum.