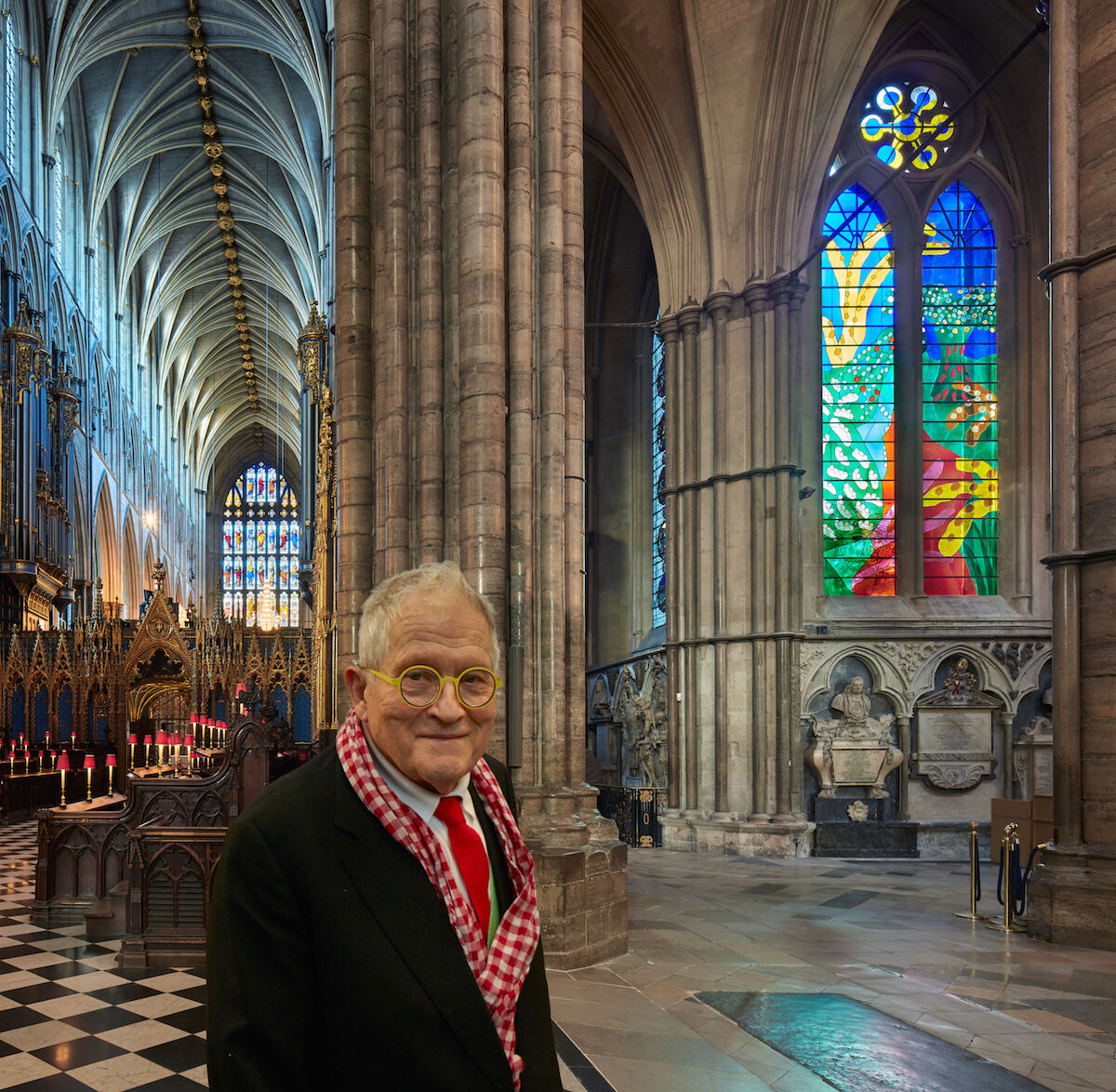 David Hockney and The Queen’s Window. Photo by Alan Williams.

In the last years of his life, Andy Warhol’s medium of choice was the personal computer; like his contemporary, David Hockney isn’t just a devoted diarist, but has similarly adopted Apple’s iPad as a tool for artmaking.

Wednesday, the British artist unveiled a vibrantly colored stained glass window at Westminster Abbey that he designed using his tablet device. Hockney, who seems poised to become the most expensive living artist, was commissioned to celebrate Queen Elizabeth II’s 65-year reign. The window, which was created by a stained glass studio in York working from Hockney’s designs, is eight and a half meters tall and three and a half meters wide. It replaced a largely blank window made of 19th-century glass.

Hockney returned to his native country, leaving his adopted home of Los Angeles, to attend the ceremonial unveiling of The Queen’s Window (2018). As he told The Guardian: “I know this is a historic place and I know it’s going to last.” 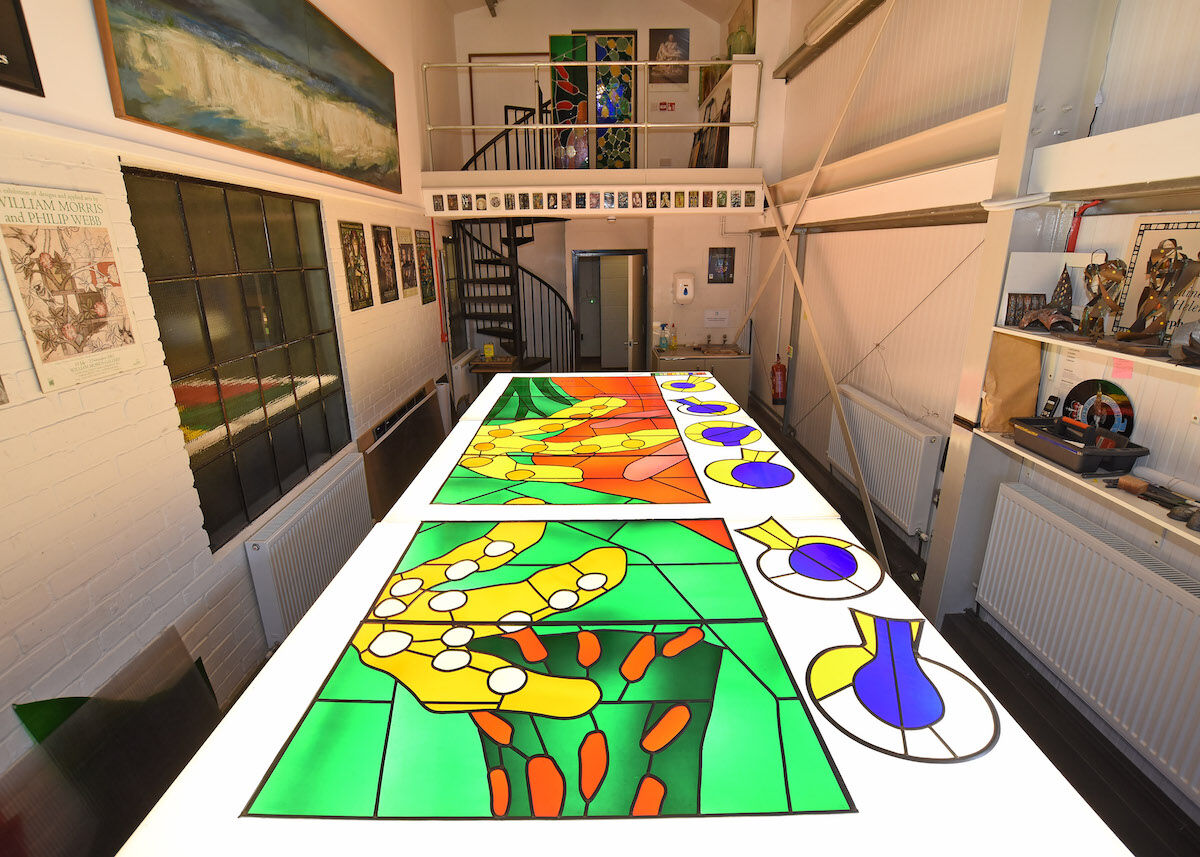 The Queen's Window at Barley Studio. Photo by David Harrison. 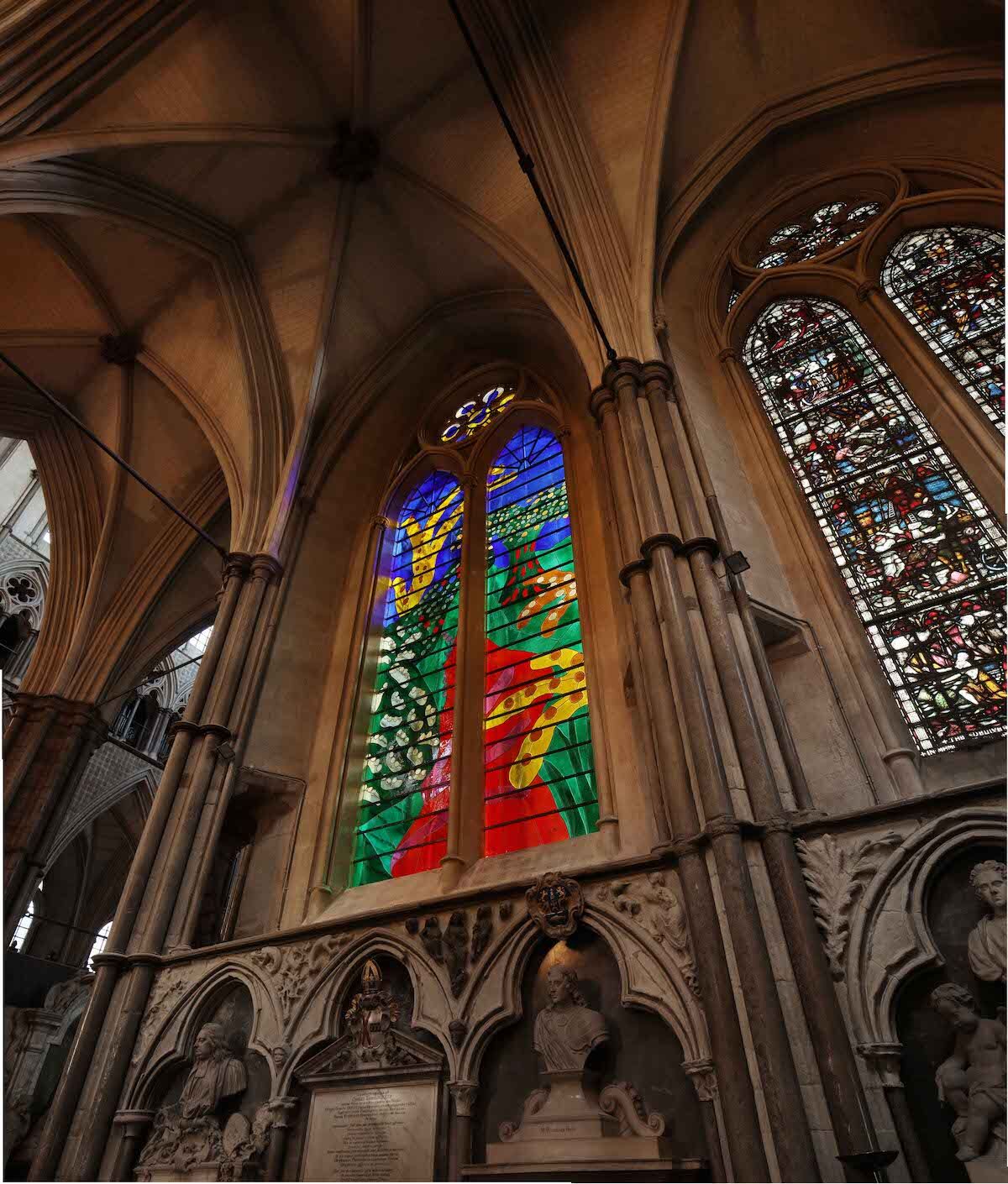 The Queen's Window at Westminster Abbey. Photo by Alan Williams.