David Kordansky Gallery will expand to a neighboring lot in Los Angeles. 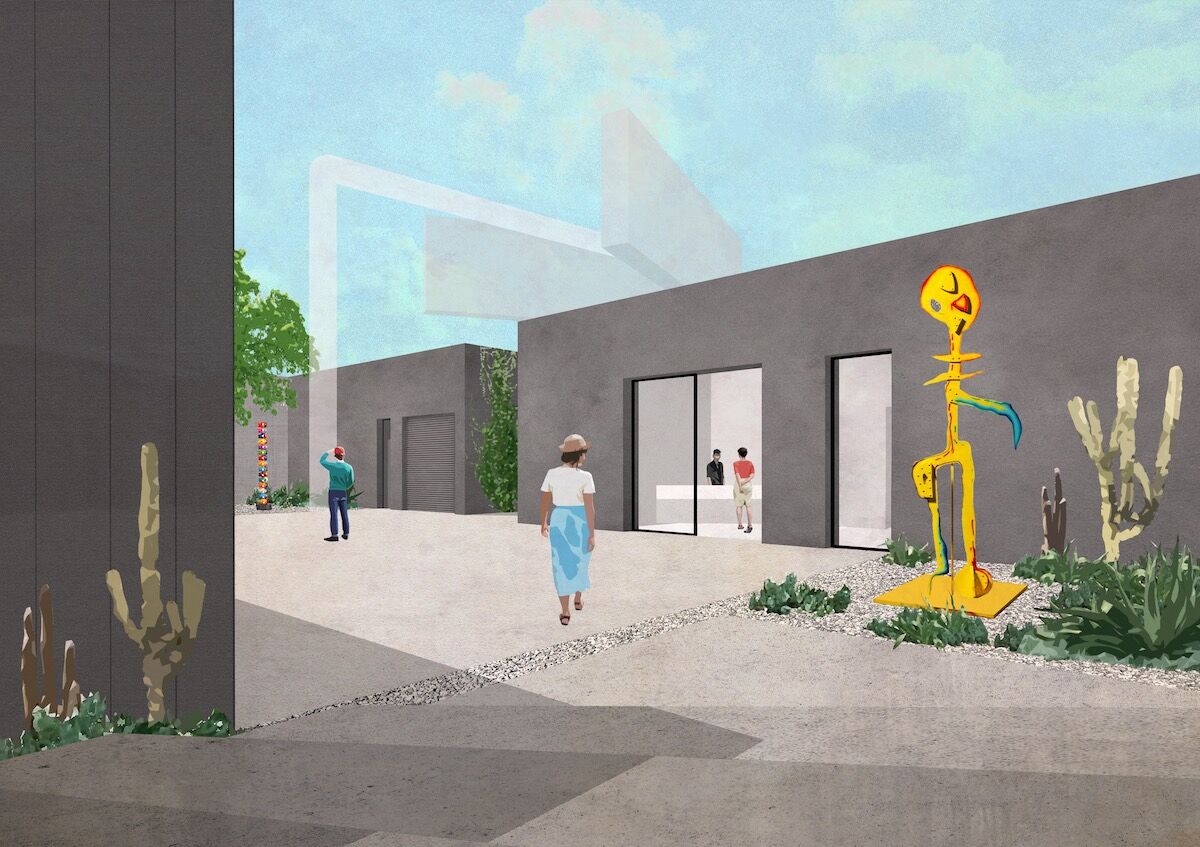 Stepped entrance to new courtyard and David Kordansky Gallery expansion. Rendering by wHY.

David Kordansky, who has built up one of the most acclaimed and well-known galleries in Los Angeles, is expanding—but not outside of L.A. Kordansky announced Monday in a press release that the gallery would be expanding to the lots adjacent to its current space on South La Brea Avenue, adding nearly 10,000 square feet of indoor and outdoor exhibition space to the gallery’s existing 20,000-square-foot complex. When the whole compound opens in spring 2019, it will cover an entire city block.

The new spaces will be designed by the architect Kulapat Yantrasast and his firm, wHY, which headed up renovations when the gallery first moved into the space on South La Brea Avenue in 2014. Previously, the gallery was located in Culver City.

In a press release, the gallery highlighted one particular aspect of the expansion:

Among the indoor spaces is a 2,000-square-foot gallery that, taken together with the current two exhibition spaces, makes it possible to mount three separate shows simultaneously. Alternately the new gallery can be used to expand exhibitions that take place in the main building. Featuring generous natural light, the luminous, chapel-like room can be installed to create immersive experiences in tandem with the needs and ambitions of exhibiting artists.

David Kordansky first opened a space in Chinatown in 2003, as that neighborhood was becoming a vibrant place for young Los Angeles galleries. Two shows, for the artists Ivan Morley and Ricky Swallow, open at the gallery this Friday.