Descendants of a Jewish dealer hired art detectives to track down a Nazi-looted Degas. 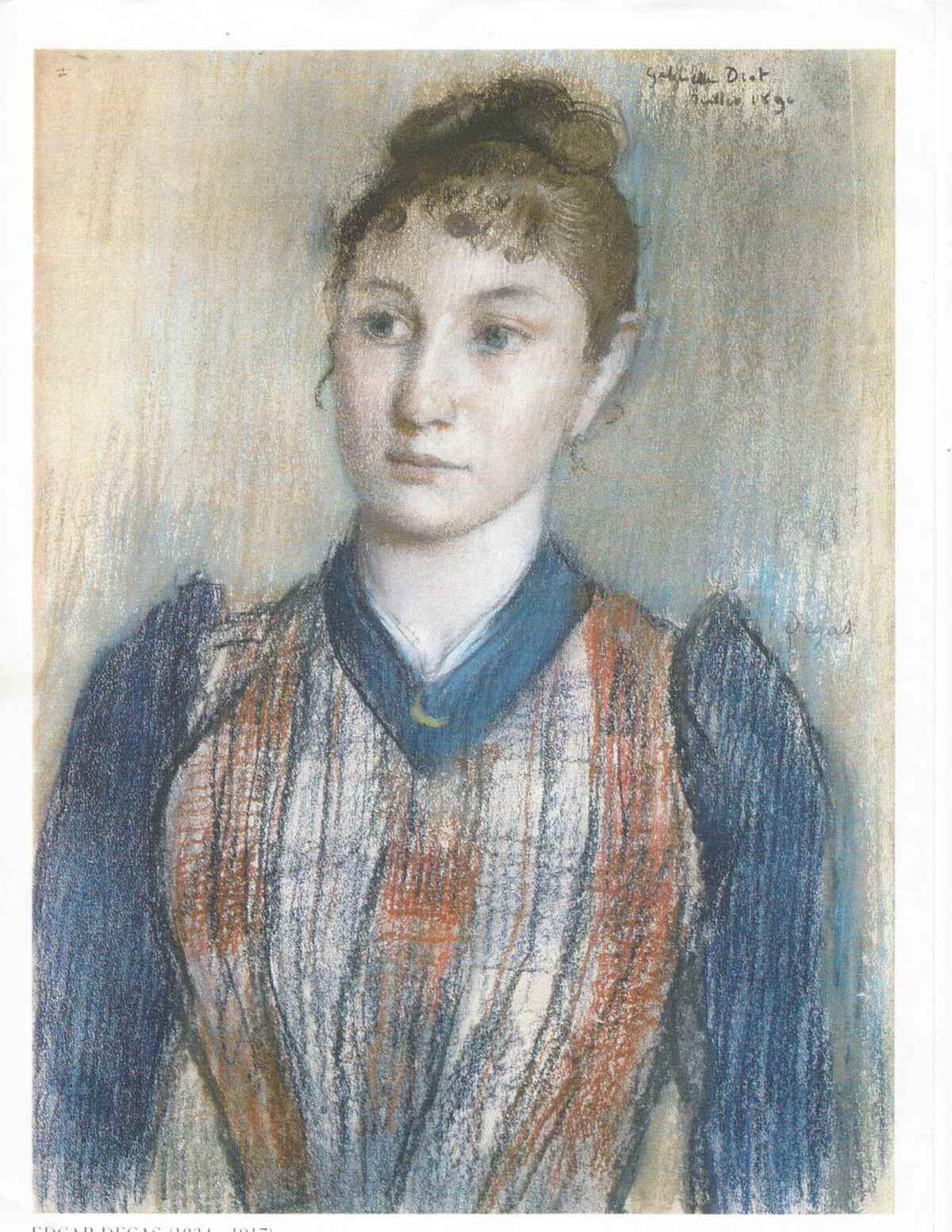 Have you seen this Degas? Portrait of Mlle. Gabrielle Diot (1890) once hung above the desk of Paul Rosenberg, whose art gallery had exclusive dealings with Pablo Picasso (whom he gave the nickname “Pic”), Henri Matisse, and Georges Braque, but in 1940 it was confiscated by the Nazis along with scores of other works.

Over three generations, the Rosenbergs have recovered all but 60 of the 400 works taken by the Nazis. The pastel portrait by Edgar Degas has narrowly eluded restitution due to allegedly uncooperative gallerists, so the family has hired London-based art detectives to crack the case.

“It has been completely frustrating,” Marianne Rosenberg, Paul’s granddaughter and an art dealer herself, told the New York Times. “Something appears, then it disappears again and you lose it for another 20 years.”

Not much is known about the painting’s whereabouts. In 1974, in was acquired by a Swiss buyer. The Rosenbergs were in the dark about its whereabouts until 1987, when Paul’s daughter-in-law, Elaine Rosenberg, happened upon it in a catalogue of works held by Hamburg art dealer Mathias Hans. When Elaine rang up Hans, the phone call did not go well; he said confidentiality prevented him from disclosing its owner and that if she wanted it back, she should buy it for €3 million ($4.6 million) . When she refused, he said the family would never get it back.

“We are not willing to forget, or let it go,” Marianne Rosenberg said in 2013 as the family was negotiating the return of Matisse’s Woman in Blue in Front of Fireplace (1937). “I think of it as a crusade.”