A “disrespectful, misleading, and racist” statue in San Francisco has been removed. 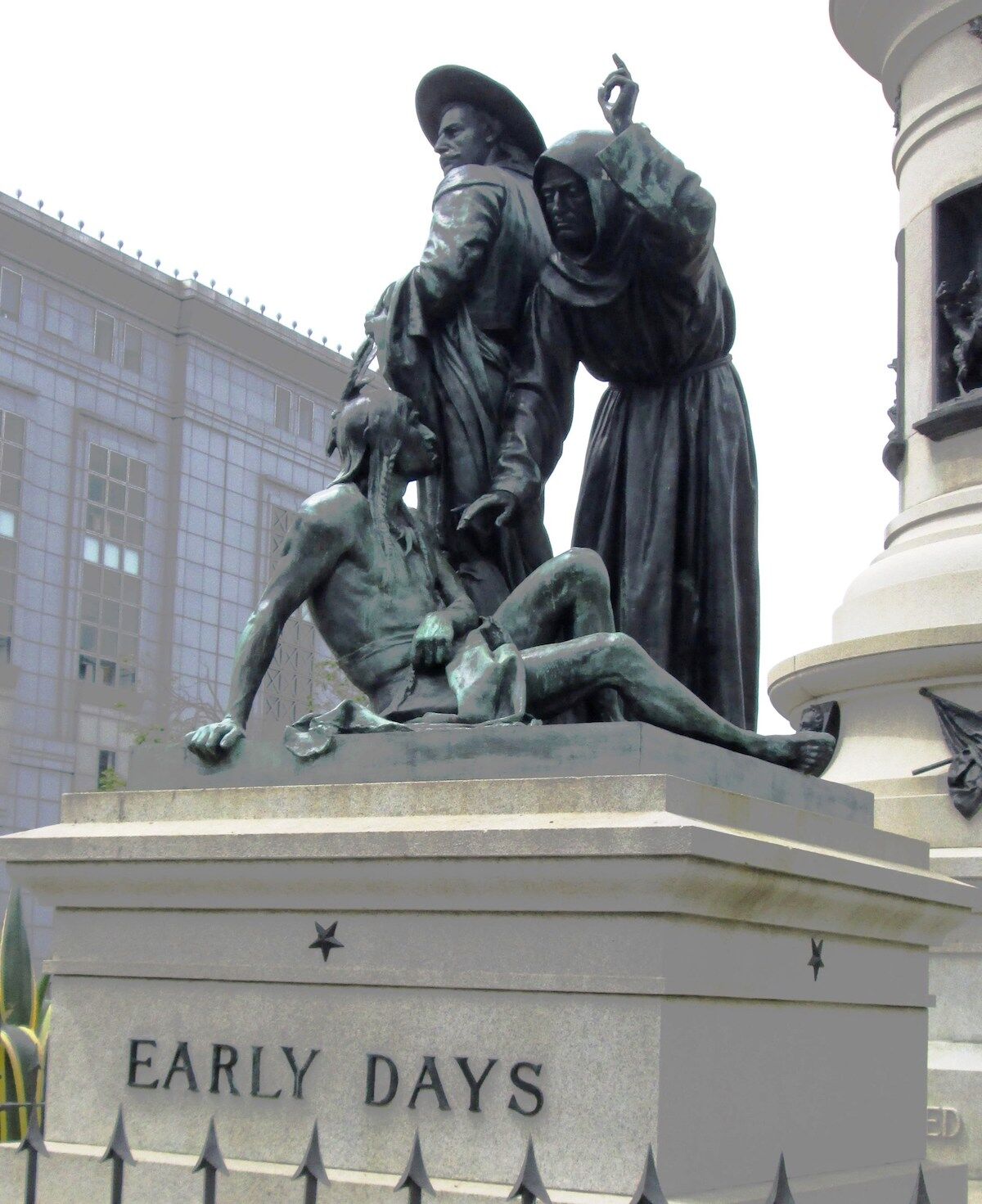 The Early Days (1894) statue that was recently removed in San Francisco. Photo by Beyond My Ken, via Wikimedia Commons.

A controversial San Francisco statue depicting a nearly naked Native American man lying at the feet of a vaquero (or Spanish cowboy) and a priest was removed early Friday morning. The city’s Arts Commission unanimously voted to remove the sculpture in October of last year—deeming it “disrespectful, misleading, and racist” in a subsequent statement—and on Wednesday the city’s Board of Appeals followed suit, voting unanimously to relocate Early Days (1894).

“It was very emotional for me. There are a lot of sins moving away with that statue,” said District Five Supervisor Vallie Brown, who is of Native American  heritage.

The sculpture was part of San Francisco’s Pioneer Monument, which was dedicated in 1894 and sits between the Asian Art Museum and the city’s public library, just steps from City Hall. The city’s Historic Preservation Commission unanimously approved the statue's removal with the stipulation that it be replaced with a plaque explaining what was there and why it was removed. The statue has been placed in fine arts storage while the Arts Commission decides what will happen to it next.

Kate Patterson, a spokeswoman for the San Francisco Arts Commission, told NPR that the man depicted is “not even a California Indian. For those who argue that it represents history, it’s a very inaccurate representation.”

More than 50 people, mostly Native American, gathered in the predawn hours on Friday to witness the one-ton statue’s removal.

“I think we’re witnessing a moment in history,” Janeen Antoine, a longtime Bay Area resident who is of Lakota heritage, told the San Francisco Chronicle. “[C]ommendably, San Francisco officials are doing the right thing to help rectify the mistreatment of indigenous people,” Antoine continued. “To me, it’s always symbolized the oppression and conquest of indigenous people. We’re very happy this is finally happening after decades of work and struggle from the native community.”