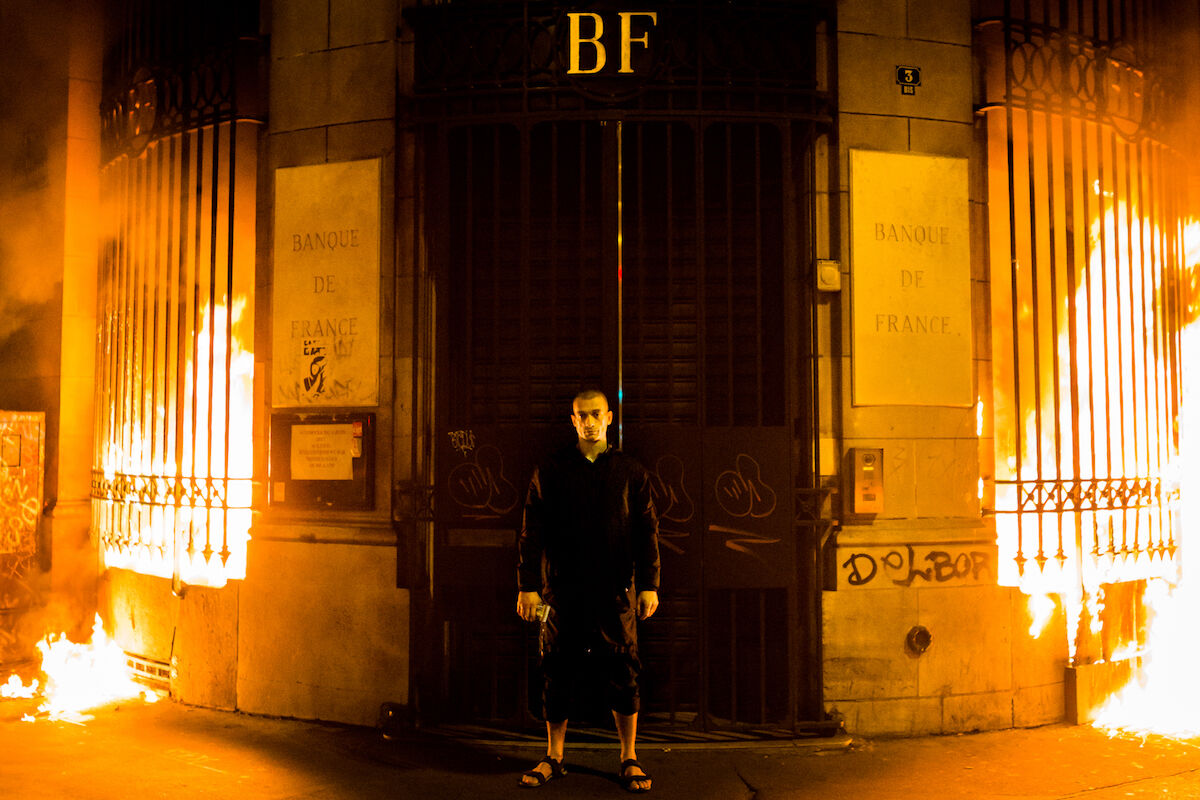 Pyotr Pavlensky after setting fire to the Banque de France building for a performance in 2017. Photo by Skin Cross, via Wikimedia Commons.

In a statement given to the French newspaper Libération and quoted by France 24, the artist characterized the act as a stance against hypocrisy:

[Griveaux] is someone who constantly brings up family values, who says he wants to be the mayor of families and always cites his wife and children as an example. But he is doing the opposite.

Griveaux ended his candidacy on Friday after the sex tape was made public. Agnes Buzyn, France's former health minister, has taken his spot in the upcoming mayoral election, according to artnet News.

This is far from Pavlensky’s first run-in with the authorities. The artist is well known for his political provocations, both in Russia and France. He first gained attention in 2012, when he sewed his lips shut in protest of Pussy Riot’s incarceration. He followed that act of political mutilation with others, including nailing his scrotum to the ground in Moscow’s Red Square in 2013 and cutting off his earlobe in 2014. In 2017, the artist sought political asylum in France after a Russian actress accused him of sexual assault, a claim that Pavlensky says was politically motivated. Shortly after being granted asylum, the artist set fire to the Banque de France building in Paris in an act of performance art.

Pavlensky and de Taddeo have both been released following their recent charges. According to Artforum, some French lawmakers are calling for Pavlensky’s asylum to be revoked in light of the leaks.