In effort to crack down on “illegal” tours, Moscow’s State Tretyakov Gallery is stopping visitors from discussing the art. 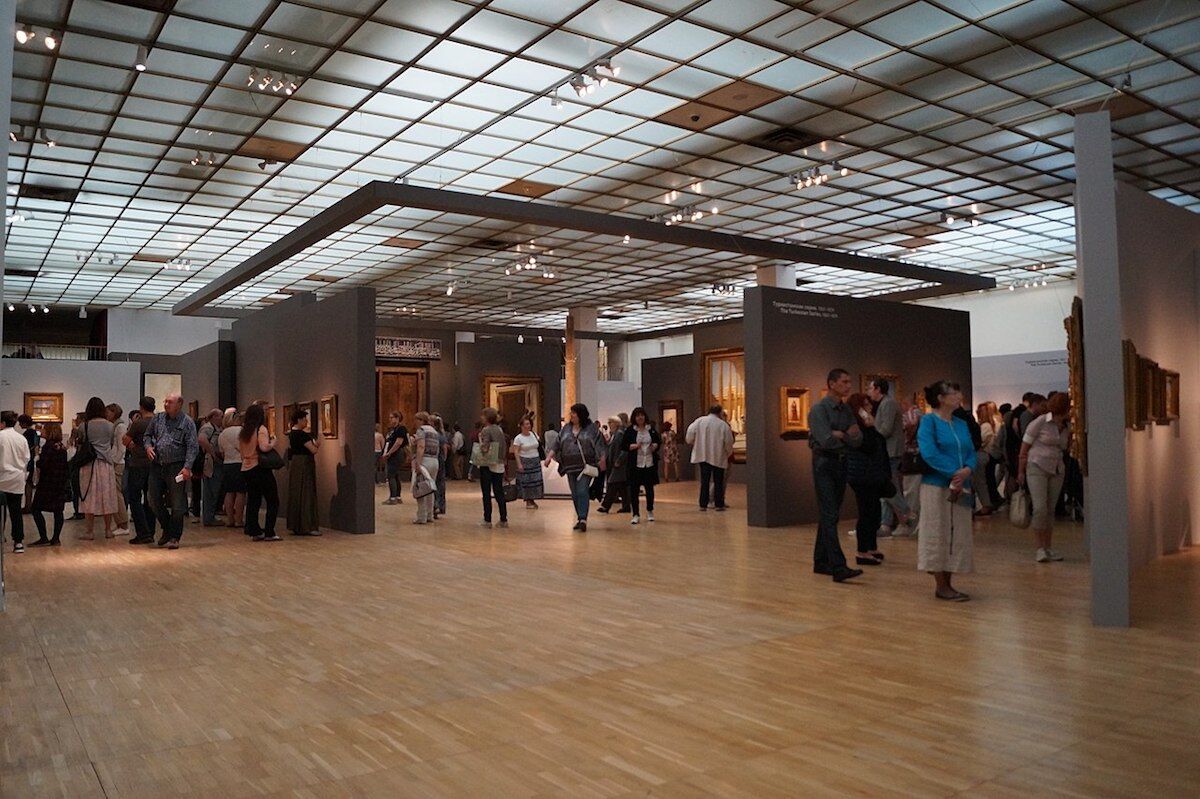 Visitors at the State Tretyakov Gallery in Moscow. Photo by NearEMPTiness, via Wikimedia Commons.

As a result of a recent effort to prevent uncertified tour guides from operating in their galleries, guards at Moscow’s State Tretyakov Gallery are now stopping ordinary visitors from discussing the works on view among themselves. The first instance of the crackdown was reported by Maxim Shevchenko, a professor at Moscow State University, who had brought his students to see the museum’s recently closed Vasily Vereshchagin exhibition.

“We were exchanging views about the paintings, naturally we asked each other questions,” Shevchenko told the Art Newspaper. “Suddenly we were approached by a guard who said it was prohibited to lead tours without accreditation. [...] They tried to explain to us that ‘groups of one to 20 people’ need to submit a letter asking for permission to visit the gallery.” He subsequently wrote a complaint to the museum and also sent it to the Culture Ministry.

In another incident, Tim Iliasov, the editor-in-chief of a fashion publication, said he and four friends were reprimanded for having an exchange on aesthetics. “I was talking and pointing at the portraits,” Iliasov said. “The guards started hissing: ‘We only allow our own guides to conduct tours here.’ I told them we were just communicating, ‘it’s not allowed!’ they said.”

In an interview with the Echo of Moscow radio station, the Tretyakov’s deputy director, Marina Elzesser, laid out stringent ground rules for acceptable gallery conversation: so long as visitors “do not attract attention to themselves, behave properly, and do not interfere with others then no one will approach them.”